Although 3G wireless Internet was created to provide faster speeds for multimedia and Internet connectivity most of the 3G connections provide WAN (Wide Area Network) coverage as well as restricted coverage for Mbps.  For this reason 4G wireless Internet can handle broadband access allowing mobile users access to high speed Internet both at home and on the road.

LTE vs WiMAX vs UMB

So what is the difference between LTE, WiMAX, and UMB and how do they relate to 4G wireless Internet?

LTE stands for Long Term Evolution and is designed to replace older mobile wireless networks with a new and improved speed for mobile users with wireless Internet connectivity.  The advantage of LTE is that it has the power to increase network capacity allowing more data to be transmitted with the same bandwidth that is utilized by 3G mobile devices.

LTE works via radio waves and is capable of connecting to current networks to provide an easy transition from 3G.  LTE allows current mobile applications to run faster and opens the door to innovative mobile phone application for the future.  For these reasons and more it is referred to as 4G wireless Internet.

WiMAX stands for Worldwide Interoperability for Microwave Access which is a coalition that helps to establish standards for broadband wireless access networks.  WiMAX has been available longer than LTE and offers 4G wireless Internet service for your home and on the road.  This type of 4G Internet connectivity is easily available in the United States where LTE is currently somewhat limited.

WiMAX is capable of supporting both mobile and fixed wireless connectivity. It allows mobile phone users to access the Internet while inside a moving vehicle as opposed to remaining stationary in one location while accessing the Internet such as in a coffee shop or hotel room.

UMB stands for Ultra Mobile Broadband which provides a standard for next generation mobile devices and applications which is why it is also referred to as 4G wireless Internet technology.  This type of 4G wireless Internet utilizes high bandwidth and low latency via a TCP/IP network that provides advanced services for the purpose of video streaming and online gaming for mobile device technology.

It is also a packet based connection that carries both voice and Internet transmissions.

4G systems support a wide variety of services which include interactive multimedia, video streaming and wireless broadband Internet.  This type of Internet connection is super fast, high capacity, and costs less per bit.

A few of the distinct advantages include global mobility and the capability to access the Internet anywhere in the world.  This is a change over the two previous competing telephony standards between the United States and the rest of the world.  4G wireless Internet also allows for greater service portability and mobile networks that are more versatile.

Difference between 3G and 4G Wireless

Both 3G and 4G provide wireless Internet connectivity for mobile phone users however when you compare the two technologies there are a few distinct differences.

Although 4G has become available commercially it is still considered to be in the formative stages.  At the same token, it represents a significant stride toward advanced mobility and the use of next generation applications. 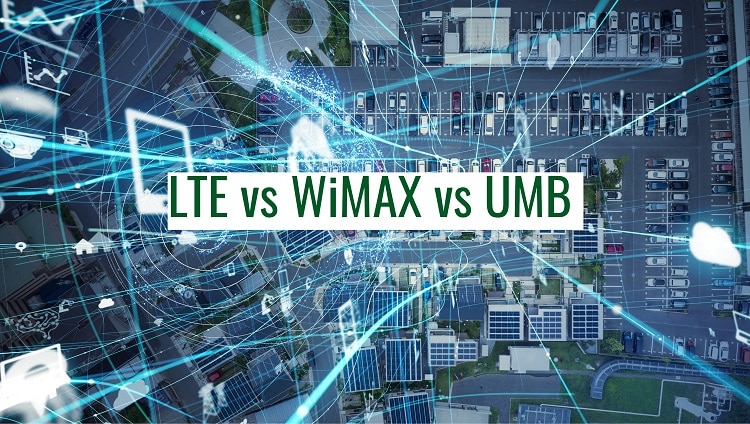