4G networks are not yet available in some areas however the new technology provides additional capabilities for the use of high speed broadband Internet communications.  There are several different technologies that make up a 4G network.  In this article, we will help you to understand 4G technology and some of the capabilities a 4G network can offer when it comes to accommodating new applications.

In terms of actual speeds for each type of technology WiMAX and LTE 4G networks can offer speeds as high as 100Mbps (megabytes per second) and when you are located in a set position within a reasonable distance of the base station, 4G networks with this type of technology can offer speeds as high as 1Gbps (gigabytes per second).  This represents a significant increase over third generation (3G) technology which typically operates at speeds of up to 3.1Mbps.

4G technology opens up a host of possibilities when it comes to greater coverage for high speed broadband connectivity.  As 4G networks become more widely available, applications that require a high speed broadband connection to function without latency will be easier to use.  Additionally, different devices that cannot function without a high speed connection will increase in popularity and become more widely available in the marketplace.

In addition to providing high speed wireless broadband 4G capabilities extend to LED and HDTVs which offer connectivity to the Internet.  This provides for a wider genre of programming in addition to other multitasking capabilities in home entertainment systems.  Additionally, access to and use of multimedia programs such as video streaming, video chat on Skype, SMS messaging, audio applications, and mobile TV applications is much more efficient and free of issues such as buffering, latency, and other problems that commonly occur with slower connections.

In terms of devices which offer 4G capability, when used on a 4G network you can construct high speed video camera surveillance systems, utilize web cams with zero latency, control your entire home entertainment system and even connect household appliances which are equipped with high speed broadband capability to a 4G network.  By using 4G networks you can also enjoy Internet TV with little to no disruption, take part in video conferencing, use VoIP applications such as Skype in addition to enjoying the basics such as faster browsing speeds on the Internet and applications which offer 3D capability.

The Switch to 4G Networks

If you are asking yourself why communications technology is gradually switching to 4G the answer is quite simple.  4G networks offer a faster rate of data transfer and if the engineering of the network is executed correctly you can achieve data transfer speeds of up to 100Mbps for LTE with data transfer rate of up to 70Mbps for WiMAX 4G networks.

4G networks are also designed for high rates of data transfer which makes this type of technology an end-to-end type of connection with Internet Protocol.  The advantage of this is that smartphones and other portable devices can function as an Internet hub which makes them an ideal device for transmitting data.  Where 4G networks will take us in the future remains to be seen meanwhile the faster rate of data transfer has already opened up a new array of possibilities for staying connected. 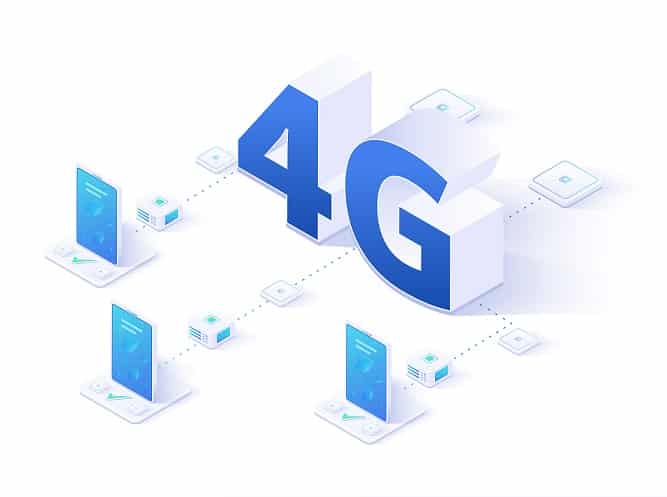