Amongst the various options on the market nowadays, TP-Link mesh systems seem to have gotten one of the top positions.

Either for their renowned outstanding quality, or for the level of new user satisfaction, the X20, X60 and X90 mesh systems became dear to all.

There is no doubt TP-Link users are satisfied with the performance of their mesh systems, but there is still one question to cover: Which one is the best mesh system of the three?

The X20 definitely delivers value for money. Should you look for a more affordable option to cover the dead area in your home, this is the one for you!

This mesh system is equipped with a dual-band system and, even if it doesn’t end up matching the X60 and X90 for performance, the cost-benefit factor definitely covers the difference.

Its smaller footprint helps it blend into your home décor – even if you opt for the three-piece mesh. Although it seems useless to say, the X20 comes in the one, two, or three-piece setup. So, take into account how much area you wish to cover with your mesh system before opting for the number of pieces.

The one-piece setup is ideal for users who simply wish to bring internet signal to the most remote parts of the house. Should you find yourself in need of coverage for a multi-story building, then the three-piece setup might suit you better.

The whole system has been designed with identical components, making it a simple home device that communicates with the others to deliver that extra wireless signal. Their white colour makes it easier to the eyes and the easy setup simply kills the need for technical assistance. 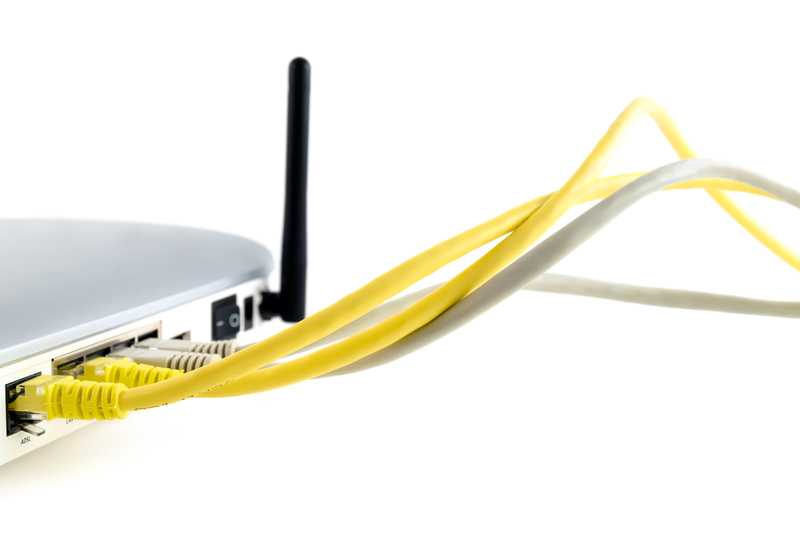 Regarding the connectivity, the X20 comes with two Ethernet ports on the back, and they support gigabit connections.

Even though the 2.5Gbps band has been noted to be unused by many users, the company hopes to compensate for that with the more affordable price.

Also, the two Ethernet ports come in quite handy for those who seek a more stable connection. It is known that cabled connections deliver higher stability than wireless, since the signal travels through the cable and doesn’t have to face the common obstacles radio waves have to deal with.

When it comes to the security features, the parental control seems to cover all the main aspects concerning childproofing. Its remote-control feature allows a higher level of content management, even if it doesn’t allow users to change the wireless channel.

The X60 came to fill in some of the blanks left by the X20, and it comes with a cost. The X20 is remarkably cheaper than the X60, but it doesn’t have those extra features.

For example, one would think that the Wi-Fi 6 system has to beat the 5th version, and that wouldn’t be an inaccurate statement. That’s exactly what the X60 came to do. With the advent of the new technology, the mesh system became able to reach a whole new level of speed and stability. 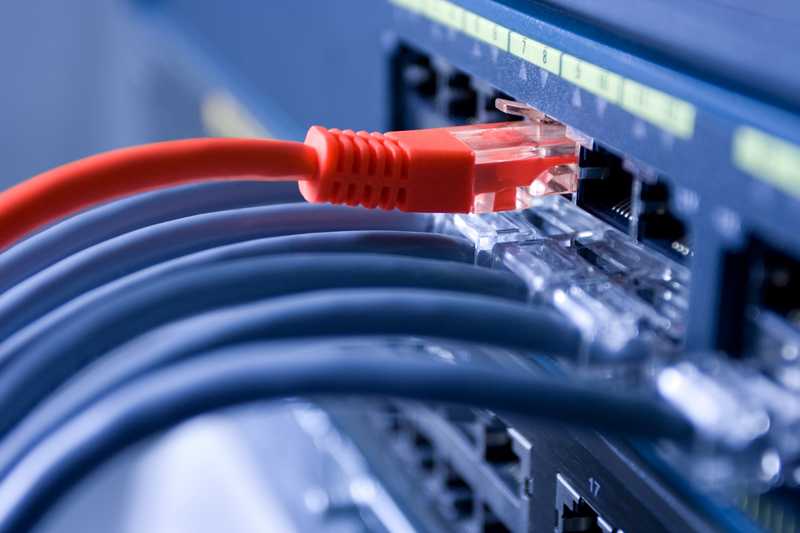 Regarding the connectivity aspects, the X60 also has a dual-band system, which allows users to shift between 2.4GHz and 5GHz, depending on their demands. The four-antenna design and two Ethernet ports on one single node tailors the connectivity to the users needs.

This ensures both the multiplicity of the wireless connection and the stability of the cabled connection. On top of that, the two Ethernet ports, which also support the gigabit connection, allow stable connections with gaming consoles and PCs, for an enhanced experience.

For the security features, the X60 comes with a free anti-malware software to keep the navigation safe from break-in attempts or other sorts of damage unsafe navigation might bring.

As for the design, the X60 follows its predecessor’s colour scheme. The LED lights are a mark of the X60, which was also a complaint made by users about the X20.

According to these users, the lack of LED lights made it harder for them to keep track of the conditions of the connection. Fixing the issue, TP-Link designed a LED light on the front of the X60 devices that shines in green when the connection is properly established.

The system was designed to work alongside a modem or router, just like an extension of the already established internet connection setup. The lack of an in-build modem actually counts for nothing, as the large majority of users choose the X60 to work with the internet setup they already have.

The whole setup can be done through the app, and it is extremely easy to perform. All it asks is a few bits of information regarding the already existent connection, which can be found of the router’s web interface. It also allows the connection of further pieces to enhance the coverage area.

Another novelty brought by the X60 is the night mode, which adds up to the QoS according to the user’s needs. QoS stands for quality of service, and it relates to the overall experience users have with a specific device.

For that matter, even the parental control has a say in the quality of the service, as the app allows users to remotely pause or even block the access to malicious webpages or content. Lastly, the IPv6 protocol has been introduced but the IPv4 has not been removed.

Just like the X60 came to fill in the blanks of the X20, so did the X90 in regard to the X60. And, following the same logic, the more features the mesh system has, the more expensive it gets.

The X90 is actually one of the most expensive mesh systems in the market nowadays, especially amongst the two-piece design ones.

The first novelty brought by the X90 is the tri-band system with multi gigabit connection, security software and an extensive parental control.

The easy installation feature was kept and the X90 promises even higher speeds than the predecessors, which has never really been an issue, if we’re being honest.

As for the coverage, the X90 reaches a total area of over six thousand square feet through its two cylindrical, 8.3 inches tall and 5.1 inches wide, nodes.

Concerning the design, the X90 has a matte finish on each node, which should make them easier to blend in your home decoration style. Each of the nodes has two Ethernet ports, for a more stable connection with the devices around. 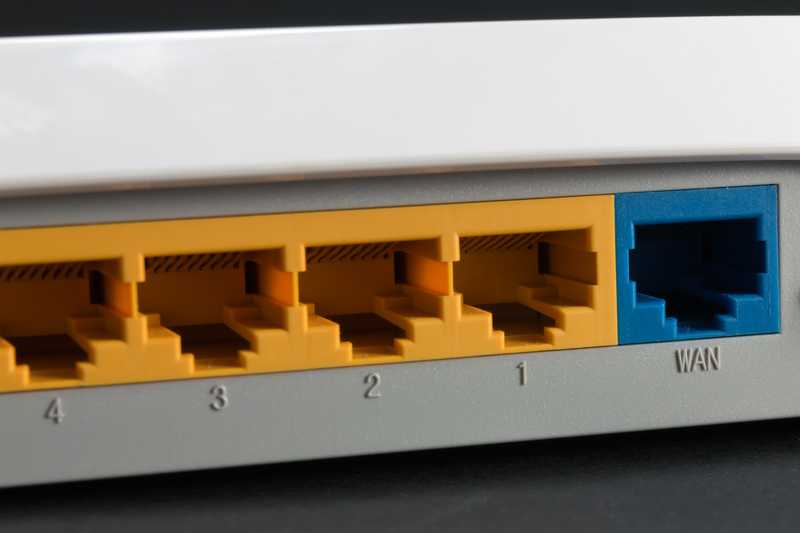 However, the Ethernet ports on the X90 have an auto-sensing feature that ensure the connection is established with the strongest channel. Even though the USB ports might be missed, the X90 nodes have a 2.5Gbps port.

As for the LED indicators, the X90 solved the issue once and for all. While the X60 users were not able to tell how the connection process was going, the X90 users have a LED light to let them know how it is going.

The LED light turns yellow during the establishment of the connection, blue during the setup period, and then green once the whole procedure is successfully completed.

Regarding the number of antennas, the X90 has six of them. Yes, six of them – and they are all internal. All this power is combined with a 1.5GHz quad-core processor and circuited with an 802.11ax configuration.

That enables the system to support different wireless technologies, apart from OFDMA data packet transmission, the MU-MIMO system for uninterrupted streaming, and WPA3 encryption for protection.

The top speed registered by the X90 stands at around 574Mbps, while the two 5GHz channels allow up to 1201Mbps and 4804Mbps speeds. 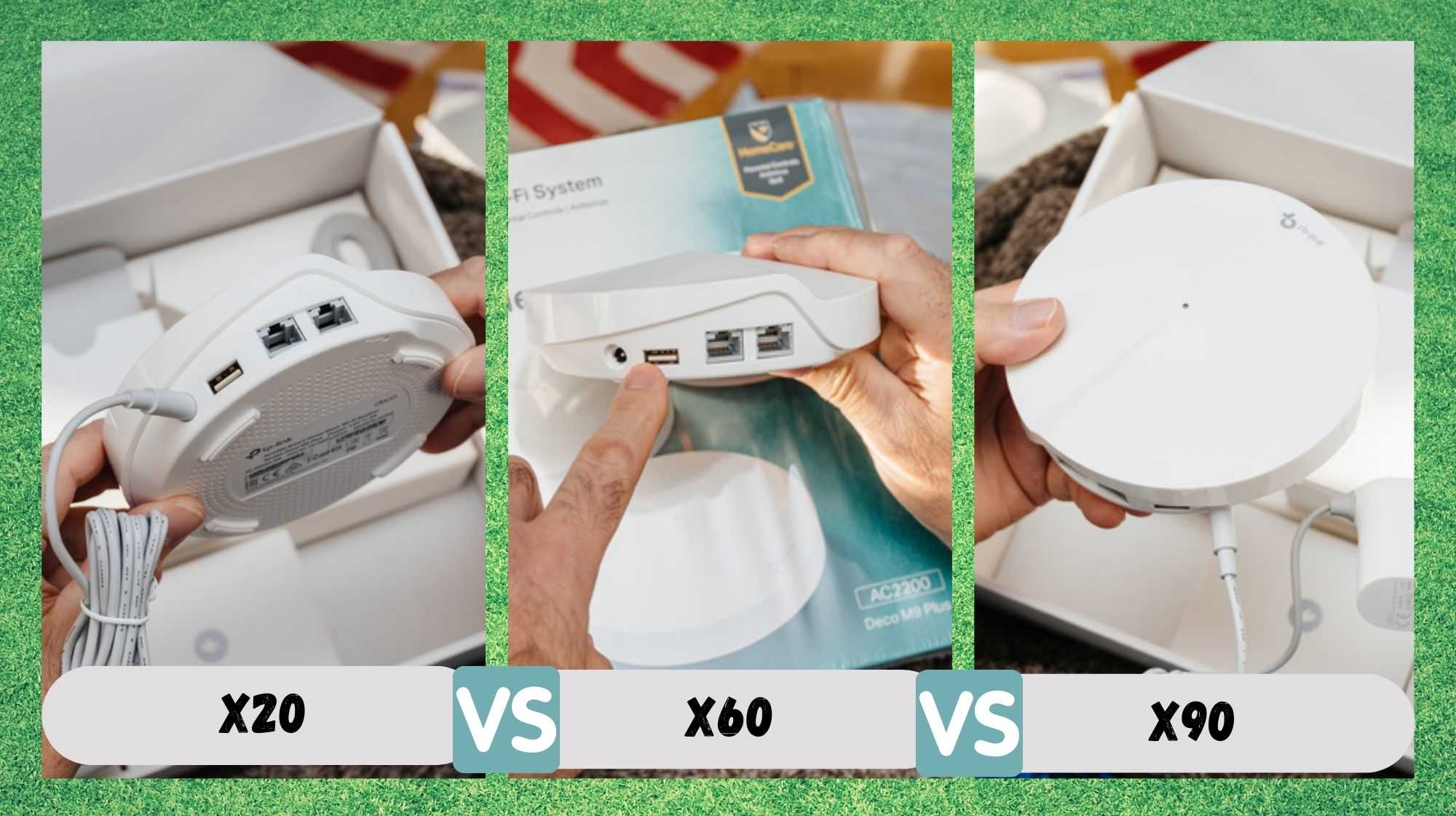