These days, Netflix is such a huge company and used by so many that it needs practically no introduction whatsoever. But, I’m guessing that very few realize that the service has been active since way back in 1997.

That’s right, for some of you reading this, Netflix might well be older than you! Since its conception, the whole idea of Netflix was to revolutionize the way in which we watch TV and film.

Noticing a gap in the market for a service that allowed its users to enjoy content on their own schedule, rather than that of their cable provider, they have capitulated on that ever since.

Naturally, this wasn’t the best news for companies such as Blockbuster, but for the consumer, it brought in a golden era of entertainment.

Despite the fact that there are a huge variety of companies out there that provide a similar service to that of Netflix, as far as the success story goes, the numbers speak for themselves.

As of April of 2020, they have been able to boast over 193 million paid subscriptions worldwide. This massive increase in popularity has enabled them to branch out into actually producing their own content too.

As a result, there is now a whole range of films and series that are exclusive to Netflix subscribers. The best bit is that these are actually normally of excellent quality and feature ‘A’ list celebrities and have big production budgets to work with.

So, in terms of conquering the world with your branding, they’ve come quite some way to accomplish it. In fact, there are only a few places left in the world that can’t get Netflix: Crimea, Syria, North Korea (no real surprise there), and mainland China.

Another huge strength of the Netflix brand is that their service can be used on pretty much any device. So, whether you are on the go on a long train journey or sitting with the family at home, you can take near-total control of what you are watching and when. Binging has never been so easy! No more clunky box sets.

A Little About Roku

In a lot of ways, Roku is actually quite similar to Netflix in that both are in the video-on-demand/streaming service niche. But, the main difference between the two is that to use Roku, you first need to purchase either a TCL Roku TV, a Roku stick, or a Roku set-top box.

So, there is a requirement that you have a little financial outlay to take care of before you are up and running. But don’t let that discourage you. In some aspects, Roku has a clear advantage over Netflix.

For example, with Netflix, you have to pay a monthly or yearly subscription fee to access their back catalog of shows, docs, and films. With Roku, the business model is a little different. After you purchase the initial hardware, Roku’s gear allows you to browse and choose from a whole range of free channels and services such as YouTube.

But, you can always subscribe to paid content through Roku as well as just enjoying the free stuff. However, when you do this, it can come to pass that your Netflix ends up working at what feels like a snail’s pace.

With so many of you reporting this issue, we thought we would put together a little guide on how to fix the problem. So, without any further ado, let’s get into it!

Many of you will have noticed that when you are using the Netflix app on your Roku device that the browsing speed can really begin to slow down to a crawl.

In fact, for some of you, the problem maybe even worse than that. It is not entirely unheard of for the Netflix app to crash entirely.

Luckily, troubleshooting the issues is quite straightforward as it generally isn’t a huge problem in most cases.

Generally speaking, a bad internet connection is going to be the main culprit for causing problems such as the one you are experiencing.

With a sub-par connection, your browser and buffering speeds won’t pack enough punch to be able to manage the content you are trying to enjoy.

Without getting too much into the technological jargon, it all has to do with whether enough information is getting sent and received.

Luckily, this is super easy to troubleshoot. So, even if you aren’t all that techy, follow the steps below, and with a bit of luck, the problem should be fixed within a few minutes:

With a bit of luck, that should clear up the issue entirely. It certainly does for the vast majority of people. If not, don’t worry too much. We still have a couple of suggestions to go through.

As is the case with pretty much any internet-enabled device, every now and then, they need to be updated to keep performing efficiently.

The longer you leave updates pending, the more potential there is for little bugs to creep in here and there. Eventually, the effect can be such that nothing really works the way it should anymore.

So, both Netflix and your Roku will need an update in this fix. Due to a plethora of software niggles, Roku releases new updates pretty frequently. They don’t take long to complete, and they are also quite easy to take care of manually.

So, doing this is always worthwhile. In fact, the chances are really good that this update will resolve the issue completely and may even fix any other performance issues that you have been noticing.

Here’s how it is done!

And that’s it! With a bit of luck, that should have resolved any and all performance issues you have been having while trying to watch Netflix on Roku.

At this point, if none of the above tips has worked, the situation must be more difficult than we had initially thought.

Naturally, we can’t recommend any action that involves taking apart or potentially damaging your equipment. So, really the only thing to do is to leave it to the professionals to take care of. 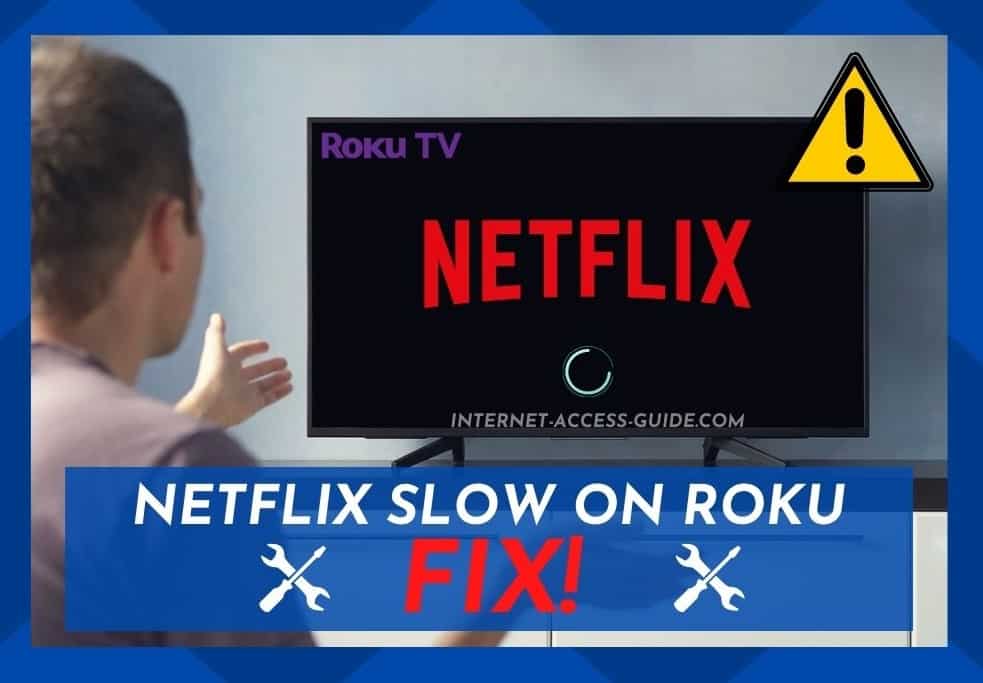