MPLS stands for Multiprotocol Label Switching. It is a technique that forwards data from one node to another node while maintaining short path labels instead of long network addresses.

The packets’ forwarding path in an MPLS network is passed on by an identifier which is called a label. The flow of network traffic is managed and quickened with the help of this technique.

There is no need for complex and compound lookups in a path after every gap, as in MPLS, labels are responsible for directing the data.

MPLS is extensible and it does not require any protocol. Internet Protocol (IP) and Asynchronous Transport Mode (ATM) is mainly used in this technique.

How Does MPLS Work?

What Do You Mean By Internet?

All the computers and other electronic devices all over the World connected together are called the internet. The internet makes it possible to communicate from one corner of the world to another corner.

In the era of technology, this is just a matter of seconds. Basically, the internet is a network of networks that spreads all across the globe.

With the aid of the internet, it is a lot easier to communicate and get information about anything through any electronic device such as a computer.

Major Components of the Internet

The internet consists of two major components that are network protocols and hardware. Network protocols guide the machines to work according to certain rules. Without these instructions, the machines would be unable to perform any action or communicate with each other.

The hardware comprises everything in a device that is used to access the internet, which includes the mobile phone or computer and their cords which are used to carry data from one device to another.

The data is transferred through wireless signals which are known as 3G or 4G, mobile phone towers or cords, and fiber optics.

How Does It Work?

The client makes a request to the server. The computer performs the functionality of a server. The server has all the resources and data. Each computer connected to the internet is assigned with a different IP address.

The data sent from the client (any computer or phone) is sent in the form of packets. A port number is allocated to each packet that will lead it to its destination point.

The message in the packets is then broken down into smaller pieces. The Internet service provider’s (ISP) router receives the request.

The router determines the packets’ destination point by examining the IP address and port number assigned to it. The server gives a response and sends the packet back to the client.

Only a single carrier is needed to provide the MPLS services in all the areas.

The MPLS provider ensures the packets are distributed and prioritized.

3. Communication through audio and video

It is good for communication through audio and video as MPLS has less responsive time. It encourages delivering the packets without any delay.

The service level provided by the supplier is defined. It has more accessibility.

It is costly to upgrade and enhance it.

MPLS ensures the security of customers’ data; hence there is no need to encrypt data while communicating between customer locations.

Manipulation of traffic is possible by traffic engineering techniques, which makes MPLS durable.

Data is secure over MPLS.

Traffic routing is mainly controlled by the MPLS supplier.

Baud rate is high; therefore it has a better performance level.

There is no need to take any further security measures such as setting a firewall. The customers’ data is well secured.

Internet services can be provided in different areas by one or more carriers.

The packets are delivered on the base of their efforts, hence packet delivery and prioritization are not ensured.

3. Communication through audio and video

The Internet is not a good choice when it comes to video and voice communication as the packets are delivered on the base of their best effort. Hence it does not ensure low response time.

The service level provided by the supplier is not defined. It has less accessibility as compared to MPLS.

It is not as expensive as compared to MPLS.

The Internet does not ensure the security of customers’ data; hence a VPN must be installed in order to communicate between customer locations securely.

Manipulation of traffic is not possible, which makes MPLS less durable as compared to the Internet.

There are fewer chances that the internet would ensure the security of most of the data.

There can be a variation in the baud rate, therefore resulting in a lower performance level.

Customers’ data is not secure over the internet, therefore it would be better to set up a firewall and other security verification measures to protect the data. 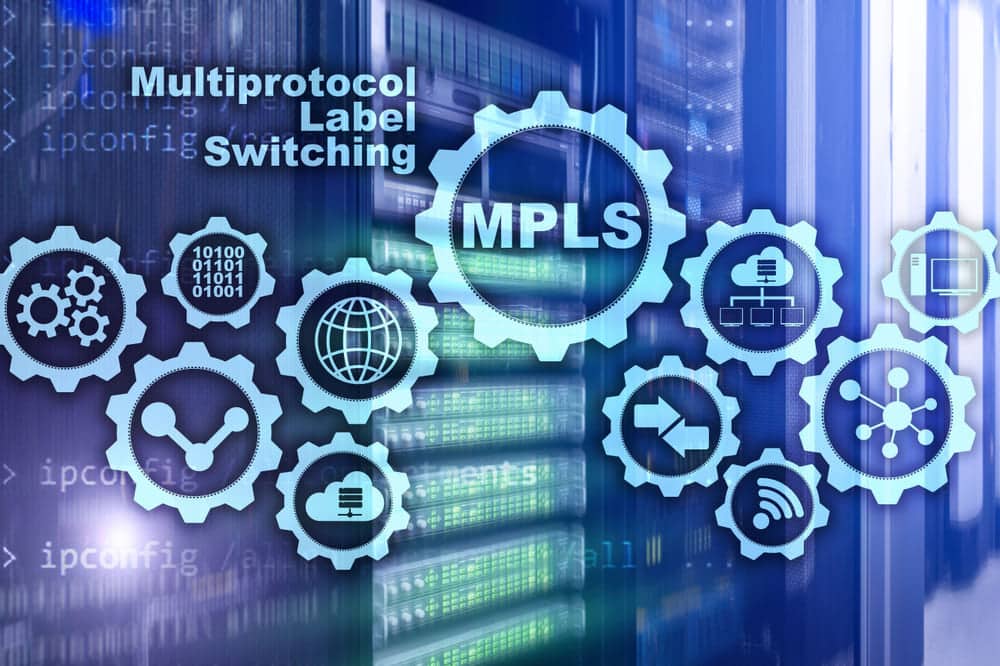