In comparing LiFi vs. WiFi, we recall “trip the light fantastic,” a phrase from John Milton’s 1645 poem “L’Allegro” and popularized in the 1894 song “Sidewalks of New York.” At the onset of the 1900s, it referred to ballroom dancing. By the end of the century, it came to express the wonders of high-speed fiber-optic communications. In our new millennium, it conceptualizes visible light communication (VLC) technology.

LiFi is a promising application that looks to solve many limitations endemic to radio communications, particularly signal interference and data security. VLC is inherently more energy-efficient than radio transmitters since it serves as both illumination and a communications medium. Radiofrequency (RF) gear, of course, can only be used for communications. Too, LiFi uses less power than WiFi while delivering lower latencies.

Given its data capacity and speed, one wonders why more don’t agree with Haas that VLC is an emerging 5G technology. The LiFi market was once forecast to have a compound annual growth rate (CAGR) of 82% between 2013-2018 and worth over US$6 bn/year by 2018. Yet LiFi remains a fringe technology and is still mired in mostly a research and evaluation phase.

To start, let’s view this brief but informative video from Fraunhofer HHI:

Comparing LiFi vs. WiFi Within the Electromagnetic Spectrum

Both radio and light waves (including infrared [IR], visible and ultraviolet [UV]) are part of the electromagnetic (EM) spectrum. Each part of the EM spectrum has advantages and disadvantages concerning distance and data capacity (speed).

And of course, 5G millimeter wave (MMW), part of the Extremely High Frequency (EHF) portion of the electromagnetic spectrum, can easily deliver gigabits of data but can’t penetrate any material thicker than clothing and attenuates rapidly across distance.

Light—IR, visible (between 380 nanometers and 780 nm) and UV—has much higher frequencies than radio waves. But while WiFi spectra (i.e., 2.4 GHz and 5 GHz) has now nearly reached full capability, LiFi is virtually unlimited in capacity since the spectrum of visible light alone is ~2,600x greater than combined radio frequency spectra.

To illustrate, reference the image below. As one readily sees, the visible light portion of the EM spectrum provides much more bandwidth compared to radio frequencies.

If you’re a frequent air traveler, you’ve heard flight attendants admonish passengers not to use their mobile devices. Why? A phone is an EM device and its cabin use can potentially interfere with cockpit-to-ground radio and navigational communications. Radio interference can also disrupt communications in nuclear power plant and hospital environments. Thus, EM device usage in these areas too is restricted.

Simply put, LiFi has great advantages in securing and preventing intercept of data compared to WiFi. As of now, no hacker has created a packet “sniffer” to remotely hijack LiFi signals. LiFi has intrinsic security due to the fact that light can’t penetrate walls or floors, unlike WiFi signals.

This limitation of line-of-sight (LoS)—although LiFi can utilize “ray tracing” algorithms; non-LoS (NLoS) signals reflecting from walls—provides a measure of security since a typical LiFi range or coverage area only encompasses an area of about 10 meters. By contrast, WiFi can cover 30 meters.

Bluetooth (BT) has recognized the security value of VLC. The BT-SIG has offered a VLC-based security solution that securely pairs a BT peripheral to a smartphone using an authenticated and encrypted side channel.

As medium.com’s Alexis Duque explains, VLC’s “out of band key exchange is… safer than NFC against passive eavesdropper(s) since the light signal is highly directive and easy to obfuscate.” VLC’s security capabilities make it an obvious choice for use in IoT devices.

The IEEE 802 workgroup has released the 802.15.7 standard for LiFi. But, as Haas and others have pointed out, 802.15.7 is out-of-date since it doesn’t account for recent LiFi advances such as the institution of optical OFDM (O-OFDM) techniques and improved CSK modulation schemes. Moreover, 802.15.7 doesn’t define any application layers.

There are other IEEE “task groups” dealing with OWC and “Free-space Optical” (FSO). The 802.11bb Task Group on Light Communications addresses optical communications within 380-5,000 nm spectrum, specifying that all PHY modes must meet a minimum of 10 Mbps (yawn) single-link throughput. The IEEE task group 802.15.13 deals with a multi-Gb OWC “conceptual standard” in the 190-10,000 nm spectrum.

Also in 2019, major OEM vendors such as Nokia and Philips, European CSPs like Orange and Liberty Global, and lesser-known VLC startups created the Light Communications Alliance (LCA). Much like the ITU, the LCA lacks any significant U.S. presence. This may account for North America’s relative dearth of interest in VLC.

Should you be interested in purchasing LiFi products, OLEDCOMM offers a variety of LiFi gear including an Android OS tablet, routers, dongles, hubs, drivers and lamps. Harald Haas’ pureLiFi advertises a gigabit LiFi adapter for mobile devices as well as LiFi integrated luminaires and laptops. In 2012, Casio touted two LiFi smartphones at the 2012 Las Vegas CES; they appear to be no longer available. 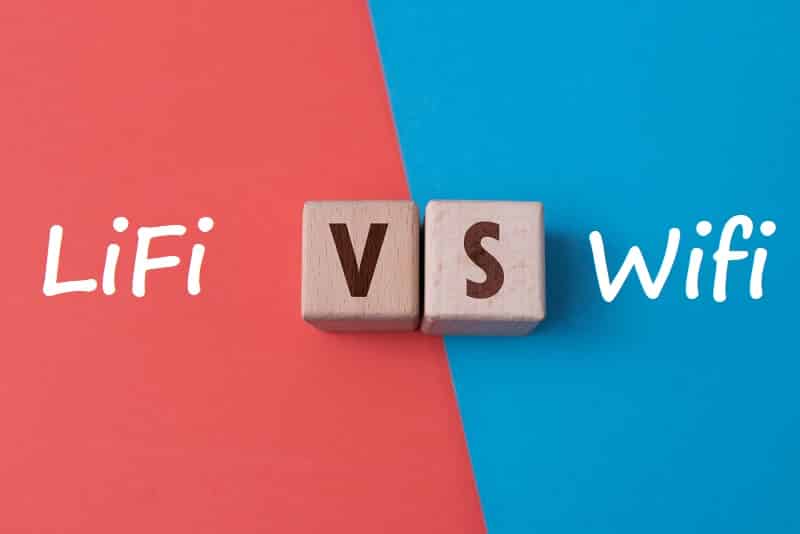