Many computers these days allow for a dual monitor setup, which is where two monitors are attached to the same computer, simultaneously.

A projector, monitor, or even television can be used as the second display; also called a ‘multi-monitor’. A video card with two ports for video usually does the trick and connects two monitors to the same computer.

Buying an extra monitor might sound simple enough, but it is not easy to plug it in. To support this, you need the right hardware. The video card should be compatible with your hardware and should be able to support multiple screens.

This video card may be a DisplayPort, HDMI, VGA, or DVI on it. These cards are then set to “extended desktop mode,” in which both monitors function as one unit with the mouse moving seamlessly from one screen to the other one.

Dual monitors allow a split-screen, which is very common in an office setting where users need to have multiple windows displayed at the same time for their work.

For example, a web designer may need to have Photoshop and Dreamweaver open at the same time. If the question is how to play a game on one monitor and internet on the other one, the answer is, by using a dual monitor setup.

Dual monitors are not that difficult to use. They allow you to have your important information displayed on one screen for reference programs and you can even switch or shift between different programs with ease. They work even better with laptops.

Many people do this to get the best gaming experience from the games and from what they have to offer. Usually, people also use the second monitor for multitasking and that is why they get their setup done this way, gaming going in the first one and surfing through the internet on the second one.

Screen size definitely has limitations on what it can display at the given time. If not for gaming purposes, setting things up this way may help you to multitask.

You can achieve this by stacking multiples windows on top of one another running at a time. However, even this may not be enough, as the screen size is still limited.

Squeezing many windows may get hectic as well within one screen.

For this, putting up an extra monitor is the only solution. In addition, the computer should also have a built-in setting to allow you to choose or switch between a primary and secondary screen.

Things would be easier if there is some work going on that needs to be checked simultaneously while you might be playing on one monitor.

For example, if someone needs to check tips on a game while playing it, it will be easy to read them while playing the game with the help of the second monitor.

The other programs are to be kept separately in both screens. Drag and drop help to do this because if they are kept in the primary screen, programs overlap and interfere with each other.

Here is how to move applications across screens:

1. First, click the “Restore Down” button in the upper right corner of the application, if it is in full-screen mode. This restores the window to its actual state.

2. Then, click and hold down the cursor in the title bar of the application.

4. You just need to continue dragging the window until it fully displays in the second monitor. Then just position it on the screen as desired.

5. Release the trackpad button or the mouse to fix your window in its position on your screen.

The question all gamers ask is how to play a game on one monitor and internet on the other one? The common answer given is to try running it as a windowed game.

If you want to have it on full screen, try additionally ‘Borderless Gaming’. The best way is setting the game to use Borderless Windowed mode, however, not every game supports this.

Most new games will support this as a standard feature in the graphical options; however, you will have a difficult time finding older games that support such a mode. Some games will give the option to go full screen on the second monitor.

This depends entirely on the game you are playing.

Therefore, taking out the borders and selecting the maximized options mimics a full-screen mode, and allows you to jump to other programs.

Another big advantage a dual monitor setup provides for gaming is the ability to achieve immersive gameplay while leaving an additional monitor to use all for yourself.

Here are some brief steps on how to set up multiple monitors for gaming:

These steps will help in connecting the screens with the computer. Connecting the dual monitors might be a bit tricky for some but this actually helps in multitasking a lot.

Although a little heavy on the pocket, a dual monitor is ideal for gamers who want to experience the best gaming experience in addition to surfing through the internet at the same time. 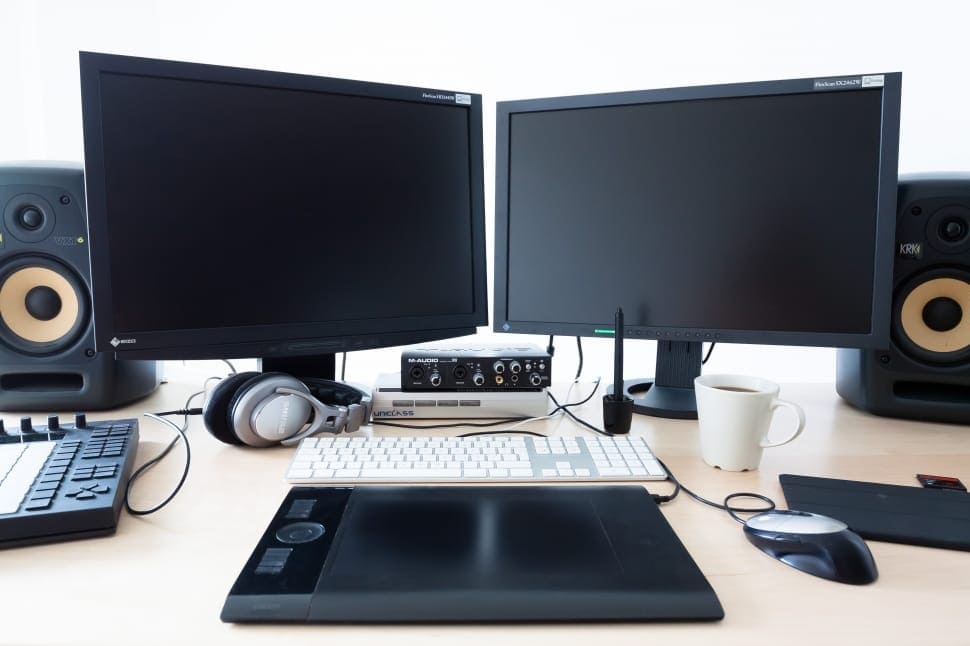