The PlayStation 4 is Sony’s most advanced console yet and is considered to be the best console out there by a good chunk of people. The console had been under development since 2008, and was revealed a long 5 years later during an event held by Sony on the 20th of February 2013.

After the consoles reveal, technical details about both its hardware and software were also discussed, while the controller associated with the console, the DualShock 4, was also revealed. One of the best things about both the PlayStation 3 and 4, are that they both can be used for much, much more than just playing video games.

Streaming services like Netflix, Hulu, Disney+ and much more can be downloaded and used on the PlayStation 4 while most of these are also available for the previous console as well. YouTube and other applications of similar sorts can also be installed and used while the console also lets you use Blu-ray discs to watch movies or documentaries. However one of the best features that the PS4 features is the web browser that it provides.

The PS4’s web browser provides you with the World Wide Web on your TV, while letting you switch back and forth between itself and any game that you might be playing without suspending either when the other is opened. The browser functions similar to browsers on your phone or computer, however one big downside to it is that typing anything with the DualShock 4 can be a bit of a terrible experience, as you might have experienced yourself or heard from others.

Obviously though, you will need an active and stable internet connection to use the internet or any of the other features that were mentioned above, while also needing it to play online with your friends or to download applications. Long story short, an internet connection is much more than just important if you want to get the best out of your PS4. If you are new to the console and aren’t really familiar with how it works, than you might not know how to get connected to the internet. Lucky for you, it isn’t hard at all.

How To Get On The Internet On The PS4

Setting Up A Network Connection On Your Playstation 4

You won’t need more than a few minutes if you want to get connected to the internet. Given below is a step by step guide on how to do so if you don’t already know.

Keep in mind that if you are using a wireless connection and choose the corresponding option, the PlayStation 4 will test your connection for you, meaning that you don’t have to do anything.

Accessing The Web Browser On The PS4

The web browser should be very easy to access and should be right on your home screen. The Web Browser application is already installed into your PS meaning that you don’t have to download it, and it cannot be deleted either. The application is the one marked by a ‘’www’’ sign in front of a globe on its associated logo and should be very easy to spot. However if you cannot see the browser on your menu, it could be because you may have used a lot of other applications since last using the browser. It can be recovered in 4 easy steps which are listed below.

The PlayStation moves your browser to the library from time to time as it only displays the 15 most recently used applications on the home screen. If you have used 15 applications since last accessing it, it will be in the library ready to be used.

Having a stable internet connection will allow you to use the many great new features of the PS4, while also letting you stream games on the platforms PSNOW service, which allows you to play games that were originally released for the previous consoles in the series. The internet will also allow you to play online and download games, letting you get the most out of your console. 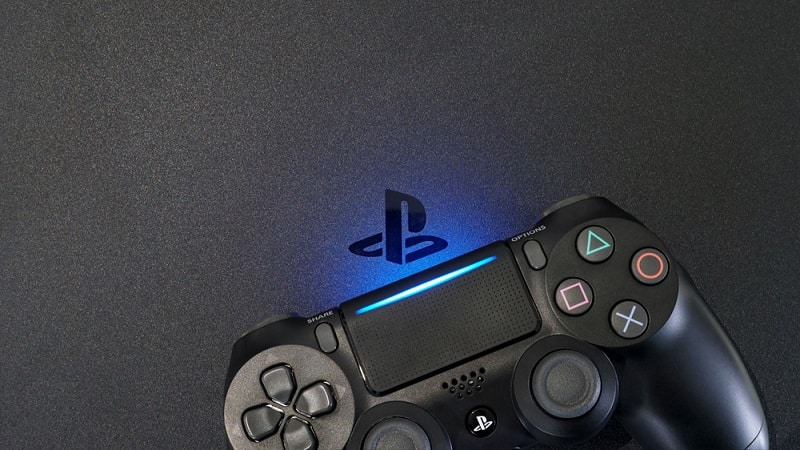