WiFi 4 router antenna positioning, as well as its placement, are equally crucial for stable, quick, and effective transmission of WiFi signals. Strong WiFi signals induce a more comprehensive range for WiFi connectivity. Proper placing and positioning of Router’s four antennae fill up more than a half requirement for it.

After digging up into tech to form some top-notch research, this article covers almost every area of the Router’s positioning. Along with the positioning, how the other factors such as maximum WiFi range and maximum speed are pivotal for stable internet connectivity.

The WiFi signals are primarily radio waves though they are shorter than those of the streams found in cellphones or radio. The fact that WiFi signals get weaker upon being farther from the source. One reason why the positioning of the cause, i.e., Router’s Antenna makes a big difference in the performance of internet connection throughout your house is that metallic surfaces and walls be blocking the WiFi signals to reach to the source.

Before we figure out how to position and place a router antenna, it is essential to have prior knowledge about their typical types.

What Are The Types Of Wi-Fi Antenna?

On the basis of the radiation pattern, here is the classification of WiFi antennas:

All of the above-described Antennas are applicable in the WiFi Routers and Adapters. Based on the placement of the Antenna, they are split into two types:

It is meaningless to have the best manufacturer’s WiFi Router when you don’t have a bit of an idea about optimizing it well. You are going to taste the pathetic results such as sparse WiFi signals and short WiFi range without getting to have your WiFi router placed and their Antennas positioned genuinely. As long as all the required parameters such as WiFi antenna pointing, WiFi router positioning, etc. are set up accordingly, there would not be an issue of internet connectivity.

Some serious care aspects necessary for producing stable internet connectivity associated after installing a WiFi router in the home are:

It is essential to examine all the aspects as mentioned earlier regarding Antenna as Antenna radiates EM (electromagnetic) waves. The working of antennas totally depends on where the Router is located inside the house. Thus, it is better to position the Router’s 4 antennae in such a way that each one of the Antenna is pointing towards the direction from where the signal is coming to get received.

You are recommended to locate the middle two of your Antennas holding a 90-Degree Angle, this sort of positioning facilitates the device to obtain a better quality of signals with an unusual antenna positioning. However, the materials that are used in your house building is unexpectedly affecting your Router’s Antenna for getting optimum signal strength. Let us explain this out to you, concrete iron grids are more likely to block away from the signals within the house.

Under such circumstances, it would be a wise step to place and position your Router in the center of your home so that each Antenna of Router is directing towards every corner in the house. Therefore, WiFi Router antenna positioning plays the role crucial than one thinks regarding the speed and the range of the Wi-Fi signal.

Moreover, you can install a WiFi Analyzer App in your cellphone for measuring your WiFi signal’s strength. Move and place your Router a bit with taking off its four antennae, it would you save you entirely of a time to have optimal coverage of WiFi range in your house.

However, from the writing point of view, your practical set up might not look good. So to simplify it, follow these guidelines as clearly as you can to have maximum coverage of WiFi:

Final Verdict For The Positioning Of Router Antenna:

To wrap it all up, WiFi performance is highly influenced by the positioning and placing of Router’s Antennas. As placing them in improper form could potentially ruin your internet connectivity experience, just like having the Router’s Antenna positioned and placed in a proper orientation can enhance your experience.

However, if your Router supports 2×2 antenna while your phone takes up maximum utilizes only 1×1 of Router Antenna then you will be missing out to make the most out of your Router’s 2×2 configuration. Although most of the markets nowadays have this four antenna (2×2), just as the telecommunication has progressed passed the 1×1 antennas routers, there will be 3×3 routers soon introduced. 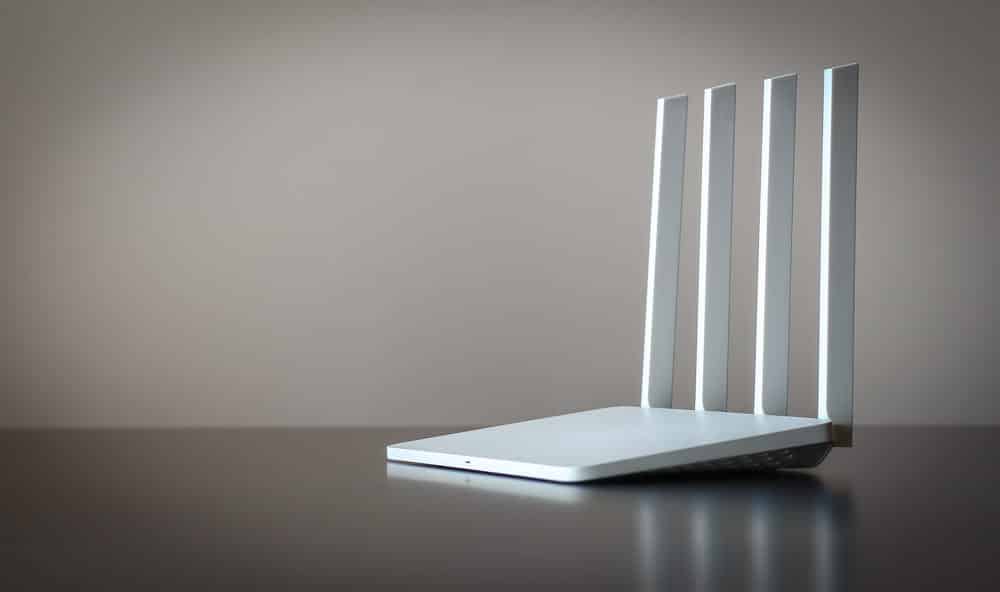