DirecTV is one of the most popular TV services in the US. It is regarded as one of the best services considering the programming, the communications & promotions, and the features & functionality. It is available in different packages and different prices starting from $64.99.

How To Fix DirecTV Green Screen?

While most of the users are satisfied with their DirecTV services, some users have reported facing issues related to installation. One of the issues that have been faced by a few DirecTV users is seeing a green screen on their TV. A few users have reported that when they turn on the TV with their remote, instead of a channel appearing on the TV, it goes to a green screen.

In most cases, this indicates a problem with the connection. However, it may indicate some other problem as well. If you are seeing a green screen on your DirecTV then here are a few things that you can try to troubleshoot the issue.

1. The first thing that you can do to resolve the issue is to push the DirectTV blue light off. Turn it back on after a while. This will then make the green screen disappear and the TV will be back to actual programming. This is a temporary fix and it will solve the issue in most cases. However, sometimes the issue persists and it comes back again after a while.

2. Another thing that you can do to resolve the issue is to check the HDMI cables connected to the receiver. Carefully check if they are connected properly. If there is a lost HDMI cable, it can cause the issue. Try disconnecting and then reconnecting the HDMI cable and see if it resolves the issue.

3. If you are sure that the HDMI cable is connected properly, there is a possibility that the cable may be damaged or broken. You can check that by connecting another HDMI cable and checking the TV works fine. If that is the case then your previous HDMI cable was damaged. Most of the time when the users are faced with a green screen on their TV, it indicates a faulty connection which in most cases is due to the damaged HDMI cable. So change your HDMI cable and it will most probably resolve the issue.

4. If you have tried the steps mentioned above and still are experiencing the green screen, you will need to talk to DirecTV customer support. They will most probably put you through to a technician who will guide you step by to help you resolve the issue. If that does not help, they may need to send a technician to help you on the spot.

5. In some cases, the green screen appears because of a faulty receiver. If you have tried all the things mentioned above and still the problem persists, it may indicate some internal issue with your receiver. In such a situation changing your receiver will most probably help you get rid of the issue. 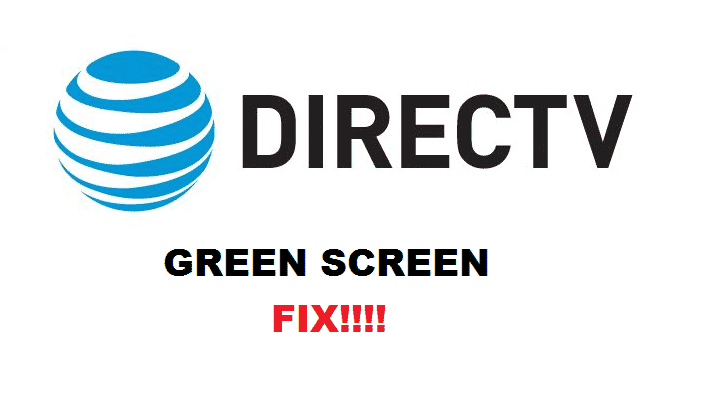