Considering that there are just so many different phone services out there these days, it can be nigh on impossible to pick which one best suits your needs sometimes. What’s even worse is that it is pretty common that people will pick a service, only to then find out that that new service doesn’t work all that well in their area.

However, the most common problem that is faced is that people will want to stay with their carrier while upgrading their phone.

Today we are going to be dealing with what to do if you are in this situation and happen to have a Tracfone phone. This brand has risen the rank over recent years as a relatively budget-friendly carrier which has a whole range of really flexible packages that allow for the customer to choose from an extensive range of phones.

And basically, that seems more than enough to attract wave upon wave of new customers. However, when you get a phone from Tracfone, the phone is ‘locked’ to this service.

So, you will then have a problem if you try to use the phone with any other service. Essentially, it just won’t work at all. The only way to successfully switch over is to get the phone that you are intending to use unlocked. Luckily, this can be a relatively easy process in the majority of cases. Below, we will show you how it is done.

In the US, there are two different and unique technologies that are being used by cell carriers. These are CDMA or GSM. Unfortunately, the fact that they are so different adds a bit of complication to the unlocking process.

To explain it a little further, you just can’t use a CDMA carrier if you are using a GSM phone. The inverse is also true. Tracfone happens to be a GSM provider, meaning that any phone they provide will also be a GSM phone.

This effectively means that there is no chance that you can use a CDMA SIM card in a Tracfone phone. Unfortunately, this will mean that a few of you will simply be out of luck on this one.

It depends on exactly what you are trying to do. Let’s try to narrow it down a little further and see if it’s possible.

So, Can I Put My AT&T Sim Card In A Tracfone?

For those of you who have been with Tracfone and want to switch to AT&T, we do have some potentially good news for you. This is because they happen to function in pretty much the same way as each other.

However, there are certain conditions that you will need to make sure are satisfied before you can get your AT&T SIM card to work as it should.  Though they have the potential to work together, you can’t simply jam them together and hope that everything works out.

The reason for this is that both companies habitually lock their SIM cards and phones. In this situation, if you are not absolutely desperate at this stage, it won’t make sense to use any other company’s SIM in your Tracfone or any other phone attained through a network provider as you may actually end up spending more this way than if you were to just buy an unlocked phone.

That being said, if you have already set off down this route, you are definitely going to want to finish the journey rather than seeing your equipment going to waste. For those of you in this boat, here is what you will need to do:

Get Tracfone to unlock the phone for you

If you fully intend to use an AT&T SIM in your Tracfone, the first thing you will need to do is get in touch with Tracfone and get them to unlock the device for you. Despite the fact that both entities involved here are GSM carriers, Tracfone will habitually lock their devices so that they can’t be used with any other company’s SIM.

There is no other way around this other than to simply get in touch with Tracfone and ask them to unlock the device for you so that it can then work alongside other GSM provider’s equipment.

Get AT&T to unlock the SIM

Now that the phone has been unlocked and freed up, the same will need to be done for the SIM. In the same way carriers block their phones being used with another company’s equipment, the same is true of the SIM card.

Again, the only logical and quick way to get around it is to get in touch with AT&T and get them to unlock the SIM. Once you have done that, the SIM will then work alongside any phone that works with GSM technology. It’s a bit of a long-winded and annoying process, but we feel that it is worth it in the long run. 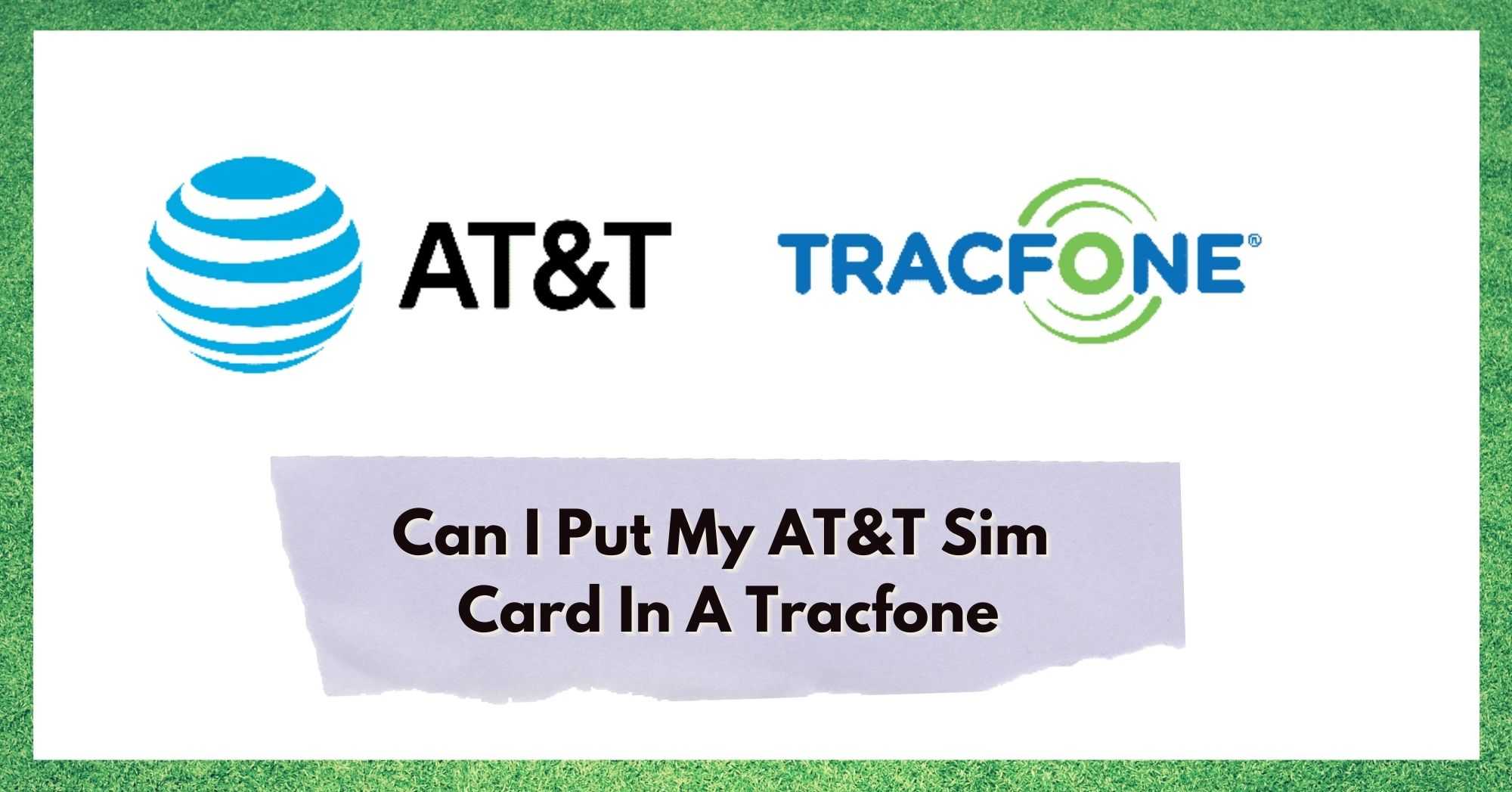 2 thoughts on “Can I Put My AT&T Sim Card In A Tracfone?”