Verizon FIOS has come up with multiple advanced technologies in the past, but this time, they have come up with a backup battery. The battery is designed to provide backup power for using telephone services. There is one BBU component as well, and it’s installed in the 110V AC. If the BBU is unplugged and there is no working battery, the ONT won’t work either. Consequently, FiOS will stop working, as well.

If you want to unplug your battery backup unit, you need to unplug the electrical power cord of the BBU. However, you will need to wait at least 30 seconds to one minute before you plug the cord back into the wall outlet again. If the ONT (Optical Network Terminal) is reset, the FiOS TV services will be back to normal and go online.

2. Disposing The FiOS Battery From Verizon

Whenever the backup battery needs a replacement, there are high chances that the FiOS box will keep on beeping after a few minutes. The customers have been very frustrated with this beeping, and they’ve been desperately looking for ideas to stop it. Well, the first thing you can do is disconnect the battery, the backup unit will stop haggling you for replacement.

However, nothing is for sure because the outcome will be deeply impacted by the FiOS hardware. For instance, if the hardware was installed after 2013, the backup unit is designed and programmed for silencing the battery replacement beeps. However, you might need to pull out the battery for that. If you have the outdated programming or backup unit, you can try pulling out the battery.

It’s not sure if it will work, but sometimes, it does, so try checking your luck. In contrast, if the battery pulling doesn’t work for you, you might need to call Verizon for the battery-backup unit replacement. On top of that, if you were using the early-generation backup device, the replacement will be done without additional costs.

Earlier, Verizon promised that their subscribers would get the fiber-optic broadband services, but they can also use the corded phones if there is a power outage as well. When you are using FiOS, the cable-based services won’t have the copper wire services, even with the central offices. This means that you won’t be able to get electricity from it.

For the users who want to preserve power, Verizon is offering FiOS boxes that come with the battery backup unit, along with the 12-volt lead-acid battery. These batteries will have a lifetime of two to four years, dependent upon the environment’s temperature. If you install it in the dry and cool corner, it will last for around four years for sure.

Over the years, Verizon has eliminated the battery backup services because the customers are no longer interested in investing huge money for the battery backups. This is mainly because people can work extensively with smartphones and tablets as compared to battery backup when there is a power outage.

Verizon is using the voice-over IIP protocol, depicting that they are using the internet service for offering voice communication. If the users don’t want to let go off the services and want uninterrupted service, Verizon is providing the battery backup services for service provision in case of a power outage. However, if the battery drains out, the alarm will create a loud alarm.

This also means that you need to use the smoke signals, smartphones, or telegrams for using phone services. In addition, if you don’t remove the battery and is fully charged, the TV and telephone services won’t be available. That’s because the backup power can only be used for voice services. 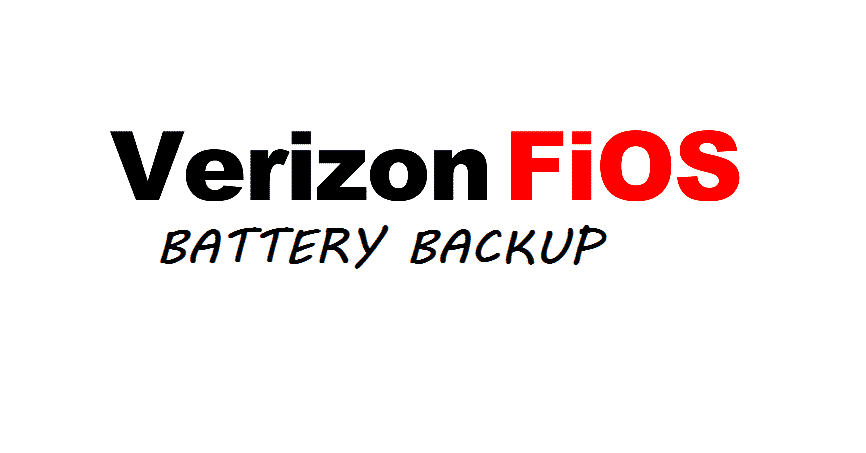