It has been a long time now since Bluetooth technology first became available to the general public. And, since this first happened way back in 1994, we have found a huge variety of ways to use it to make our lives easier and more entertaining.

From using it to transfer data quickly between devices to connecting up to huge Bluetooth speakers at the party, many of us have ended up using this tech pretty much every day.

Since it was first introduced, the technology has vastly improved too. It has become much more user-friendly, and there are a whole lot more things that can be connected using it.

It’s no longer a household tech either. The chances are, whether you are in the dog park or at the beach, someone is using Bluetooth at any given moment.

However, as the case with all technologies that are complex and serve the purpose of enhancing our lives, Bluetooth doesn’t exactly manage to be without flaws of some kind.

Yes, it has been around long enough that most of the issues have been solved, but there are a few that remain. The burning question: is this just the cost of convenience, or is there a way to sidestep all of the downsides?

Why Does Bluetooth Slow Down My WiFi?

Consider it this way: In the early days of the motorized vehicle, drivers pretty much never had to be concerned with things such as other cars on the road.

Moving on a few decades and people are now regularly spending hours a day stick in traffic with no way to avoid it. No matter how many roads are built, the result seems to be the same.

In the same way, we now have millions and possibly billions of devices that use Bluetooth technology to communicate.

The reason that this can become problematic is that Bluetooth and WiFi devices tend to operate within an almost identical frequency range, which is around 2.4 Gigahertz. So, that causes a hell of a lot of traffic at times.

But surely, they would have avoided doing this at all costs to avoid problems in the future, right? Well, not necessarily. It was just too convenient for them to do it this way.

Both WiFi signals and Bluetooth signals are essentially just radio waves. Radio waves are generally between the 30 hertz to 300 gigahertz range. Sadly, the only radio waves that are actually functional and fit for use for transmitting data are between 2.4 to 5 gigahertz.

In terms of Bluetooth, this effect can actively slow down your WiFi to the stage where it feels like it is at a crawl. Your WiFi signal that is being transmitted by your router can end up getting stuck in the frequency traffic.

Is Anyone Trying to Fix the Problem? 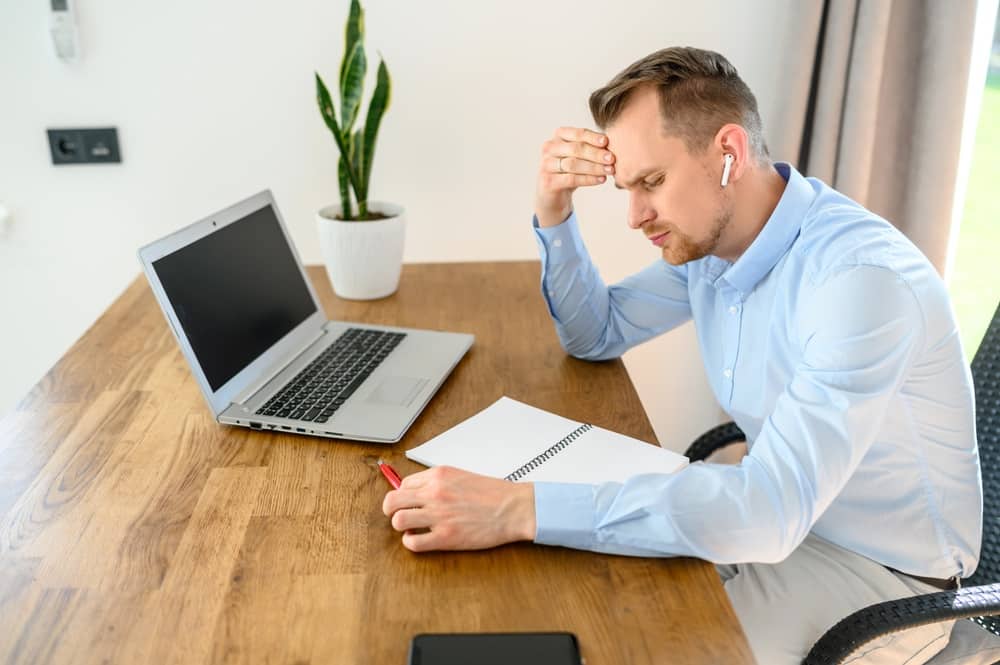 However, it is not all that bad. As it stands, manufacturers are taking steps to minimize the effects of this.

In the last decade alone, brand new Bluetooth devices are equipped with technology that helps them to ‘hop’ through this traffic. This tech changes the signal ever so slightly every single second.

On the other side of things, we now have 5 Gigahertz WiFi that operates on a completely different channel to Bluetooth. That being said, the changeover is by no means complete.

We still have millions of devices working on the old frequencies, clogging the airwaves. Worse again, the new techs can do little to sidestep the situation totally.

Thankfully, there are a few things you can do at home to minimize interference between your WiFi and Bluetooth devices.

So, to help you out, we have decided to put together this little guide so that you can get your home entertainment systems up and running properly again.

None of these tricks require you to be a tech professional. Just follow the steps below, and one of these fixes is bound to work for you.

1. Change Away From the 2 Gigahertz Channel

One of the best things about App developers is that when they see a problem or something lacking, they generally build an App to fix it pretty quickly.

These days, there is an App for everything – and there is, of course, one to fix this issue.

This App is quite clever in the way that it works, allowing you to see what channels are particularly congested where you are.

Then, with this useful information, you are then enabled to switch to a different frequency.

This part, you will need to do on your router. Because of this, your 2.4 Gigahertz devices can then operate on a channel that has way less traffic and can move from one device to another with relative ease.

The 5 Gigahertz channel is pretty much the best thing to happen to devise connectivity.

Not only is it insanely fast and provides more channels to choose from, but it is also 2.6 gigahertz away from the 2.4 bands that you are trying to avoid.

The only downside to this tip is that some computers, phones, and routers don’t support this technology.

If they do, however, make sure you don’t miss out on this super simple fix. Operating frequency changes can make a huge difference when it comes to freeing up the airwaves to allow for quicker WiFi.

And, let’s face it, we all want quicker WiFi!

Running your laptop or desktop’s WiFi and Bluetooth at the same time can cause the WiFi to degrade pretty badly.

The reason for this is that the two cards that provide these services are positioned right beside each other.

Naturally, due to their proximity, they are subject to interference with each other. This is particularly a problem if both cards operate on the 2.4 gigahertz band.

For us, the best fix for this issue is to go out and buy an external WiFi card to attach to your PC.

How to Stop Your Bluetooth Slowing Down Your WiFi

So there you have it. Above are the three quickest and easiest fixes to stop your Bluetooth slowing down your WiFi connection.

We realize that having to deal with problems such as these is a little bit annoying – especially when you think that this problem should have been a thing of the past by now.

That being said, at some point in the near future, this problem will be a thing of the past. Until then, we hope we were able to help you out a little.

Before we go, we are always on the lookout for new ways to sidestep tech issues like this one.

So, if you tried something different and had some success with it, we would love to hear from you. Just let us know in the comments section below. Thanks! 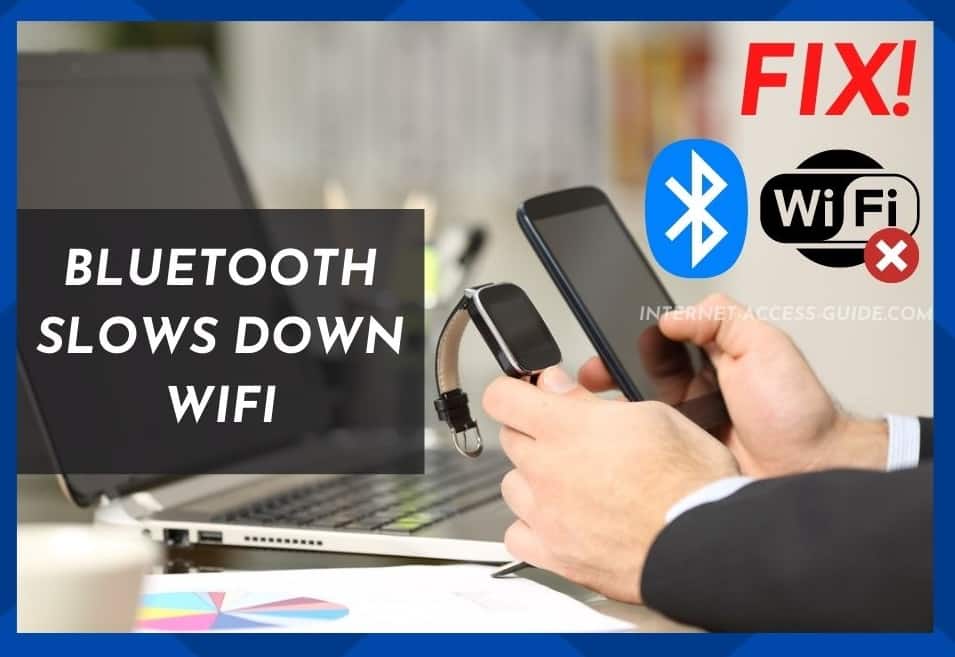