Smart TVs are the new trend on the block as they have better functionality and promising performance. The users can stream videos, movies, and TV shows in addition to computer-like features. But Smart TVs need a robust internet connection for streamlined functions. On the other hand, if you are experiencing internet connectivity issues on your Smart TV, we have outlined the troubleshooting tips in this article. Let’s have a look!

Why Does My Smart TV Keep Disconnecting From The Internet?

If you have a big apartment/home, you need to be considerate about the router location. For instance, if your Smart TV is installed in the basement, placing the router right next to it isn’t the solution. The grind is to install the WiFi router at the central location.

Also, if there are multiple distractions between the TV and router, the signal strength will be weakened. However, if you’ve already installed the router at a central location and it didn’t work, we would suggest using the range extenders.

Signal interference might be the real culprit behind slow Smart TV performance. With multiple device connections, the signals will be diverted, and your TV might not capture the best ones. Such devices include baby monitors, gaming consoles, and microwaves. These devices tend to interfere with signal reception for Smart TV.

In this case, it is suggested that you keep the router and Smart TV in close proximity. Also, if your TV trolley or console has too many wires around, eliminate them to ensure strong signals.

The majority of Smart TVs are designed with wireless connection, but choosing the TV with a wired port is a wise choice. So, if there are wired supports, choose the ethernet cable connections because there are no signal drops. In addition, you can bypass the connection between the router and Smart TV (if they are in close proximity). To be honest, there will be no internet signal issues with ethernet cables. 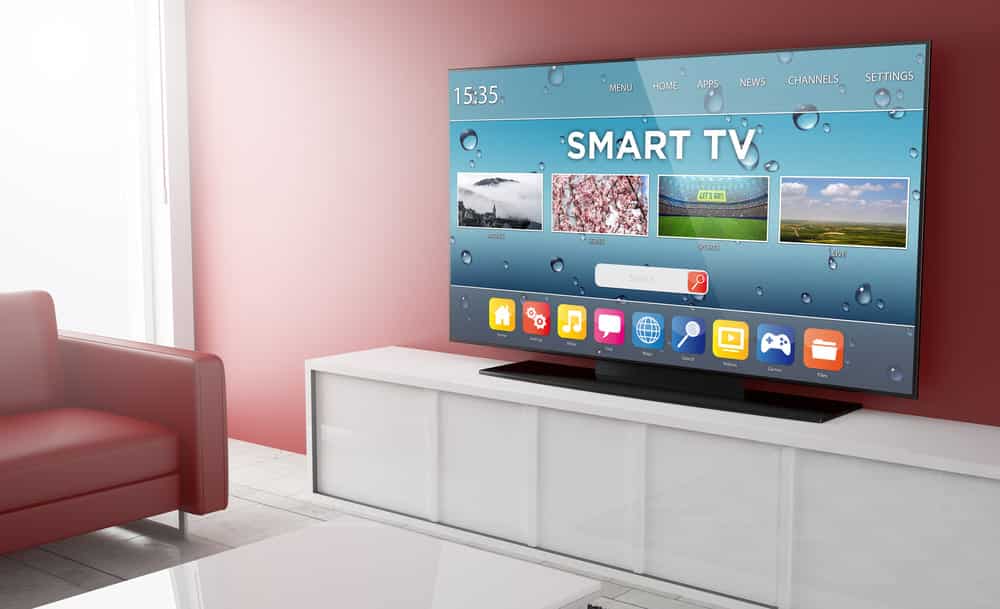