During the last few years, one of the popular buzz words in the world of consumer electronics has been the Smart TV. Some people may have heard about where others are not sure what it is or why they would want to own one.

A Smart TV represents the marriage between your television and the Internet. Along with your regular programming that you get from your cable or satellite television provider, you can access content and programming on the Internet from the same device.

The content can include video streaming services such as Netflix and Hulu, online photo websites such as Picasa and Flickr, social networks such as Facebook and Twitter, and on-demand news, sports, weather, and other content. This means that the Smart TV enhance the power of your big screen television by allowing you to access the best of the Internet and enjoy it with a big screen type of experience.

There are several ways you can access Smart TV. The best way is to invest in a television that has Smart TV capability built-in with Internet connectivity that can be wired or wireless. Additionally, all the major Smart TV manufacturers offer Smart TV options with a few hundred apps, services and icons that provide you with access to a wealth of online content.

If you are happy with your existing TV and you still want Smart TV, another option is to pick up a media box that can provide you with Smart TV service. A media box such as Roku has the capability to access the Internet so you can enjoy online content using your existing TV.

You can also opt to use a Blu-ray player that is equipped with Internet connectivity. Typically, there is a sticker on the outside of the Blu-ray player that tells you the device is Smart TV ready. Additionally, you can opt to use a video game system such as Nintendo, Wii, Xbox 360 will allow you to access web services such as Netflix along with a host of other on-demand Internet services

The above options answer the questions asked by many, “Doesn’t a Blu-ray player, media box or video gaming device make your TV a Smart TV? If so, then why do I need a Smart TV?” Well, with the increased popularity of the Smart TV, the above options for accessing Smart TV are rapidly becoming somewhat antiquated. Plus, you are looking at deploying additional hardware and cable connections to provide Smart TV service for an older big screen television.

The main benefit of owning a Smart TV is you can have access to the best content of both worlds in one device as opposed to having a Blu-ray player or media box along with a big screen television and all of the required hardware for connectivity. Additionally, many Smart TVs are being equipped for next generation technologies that are underway but have been yet to be released on the market. A prime example of this is the acquisition of webOS by LG Electronics, a major manufacturer of flat screen televisions.

During 2013, LG Electronics acquired webOS from Hewlett-Packard which is an operating system formerly used with older mobile devices such as Palm OS. HP later made various versions of webOS to include in various devices such as the HP TouchPad tablet.

LG Electronics acquired webOS in order to support the technology for its next generation smart TVs. The primary goal of the acquisition is to bring an all-in-one device with Internet connectivity to the consumer electronics market and to prepare consumers for the upcoming generation of connected devices designed for sharing, communicating, and high volume content consumption.

LG Electronics unveiled its first Smart TV with webOS at the Consumer Electronics Show in Las Vegas in January 2014. The Smart TV incorporates Internet connectivity, hardware, and software into a slimmed down space saving device that is designed to make television use simple again. And instead of having to navigate through multiple screens, you can use one screen to access all apps including those you have used in the past and the ones you want to use in the future.

The LG Smart TV with webOS sets a solid example of the main benefits of owning a Smart TV. The video below will help you to see how far Smart TVs have come along with a little bit about where they are headed in the future.

So, we talked about the benefits of owning a Smart TV as an all-in-one device that provides you with conventional TV programming and access to the Internet. We also pointed out the benefits of preparing for new and emerging technologies coming up for Internet connected devices. Let’s talk about some of the other benefits a Smart TV has to offer to your living space and daily life.

Other Benefits of Owning a Smart TV

A Smart TV can enhance your lifestyle and home environment in a variety of ways including:

When you think about it, the average person has several remotes sitting on the coffee table, endless trails of cable wires, papers and magazines near their favorite easy chair for reading, a laptop PC or mobile device for browsing the Internet, and their cell phone for handling phone calls. That’s a lot of paraphernalia taking up space in your living area.

A Smart TV ties all of these components together by providing you with one remote, Internet connectivity, access to a wealth of digital magazines, books, and newspapers, and the capability to switch between cable and Internet TV to select movies on demand, instead of using a separate DVD player. You even have the ability to make video calls on a large screen using a VoIP application such as Skype which makes keeping in touch with family and friends easy and fun.

We mentioned that you have only have to use one remote instead several remotes for the DVD player, Xbox, sound system, and other devices associated with your home entertainment center. This is because a Smart TV remote is equipped with a keyboard and includes an optical mouse for improved interaction. All the controls on the remote can be configured to accommodate controls for your home entertainment center.

A few Smart TV manufacturers make a remote control with two interfaces. On one side of the remote is a full standard QWERTY keyboard and on the other side is the controls for the television. Add the optical mouse and you’re good to go.

Other manufacturers will include a full-sized keyboard that you can use as an option. This is convenient if you want to perform computing tasks or do work using your Smart TV as a computer screen.

Smart TVs are going social with many of the newer devices offering connectivity to social media sites such as Facebook and Twitter. This prepares television viewers for next generation technologies including the ability to share video content with friends along with attached comments. It may make it possible to share the same TV programs with friends and family members even if they are in different locations.

The inception of the VCR followed by the DVD player increased the demand by the consumer for being able to access content when you want, instead of scheduling your day around the TV schedule. Smart TVs have taken this to the next level by offering apps that allow you to choose when, where, and how you want to watch a program. Additionally, you can still keep you cable TV service with TiVo recording if it is something you would rather not part with.

The same benefit rings true for gamers that can access web-based games using the Smart TV Internet connection and participate with other players from all over the world. In many cases, this eliminates the need for an Xbox or other type of separate gaming device.

Smart TVs are typically equipped with a generous number of USB connectivity ports. This allows everyone in the family to connect their device to the television which promotes family time together. USB connectivity also means you can connect peripherals such as your digital camera, and upload photos and videos for sharing on social networking sites.

As you can see, a Smart TV is capable of enhancing your lifestyle in many ways as a result of the multitude of capabilities.

Many people ask the question, “What is the difference between a Smart TV and Internet TV?”

Setting Up a Smart TV

If you are wondering whether or not you would be able to successfully setup and configure a Smart TV, the answer is “yes.” Easy setup and configuration is another benefit of owning a Smart TV. The manufacturers have taken the end user into consideration during the design process and provide a product that has an interface which steps you through the process. Once you are up and running, it is easy to learn how to use the device and is not complex at all. You will find that once you invest in a Smart TV, you will find that this is money well spent. 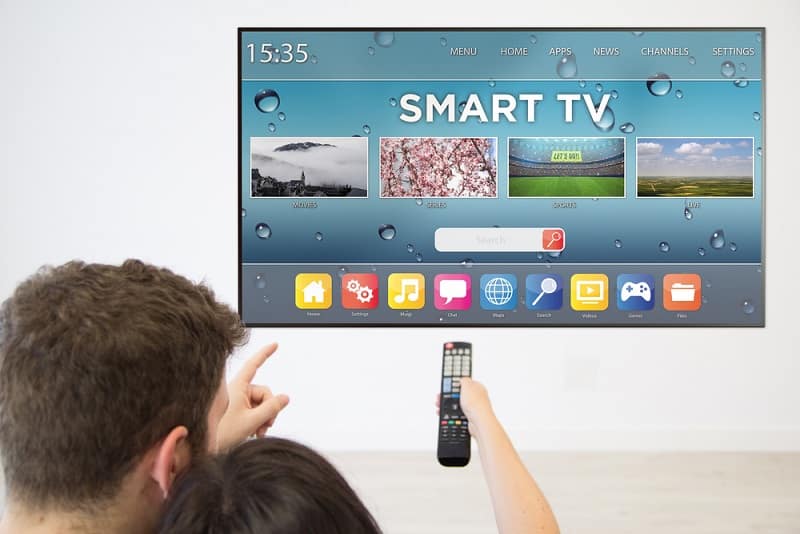