For those unfortunates in flyover country compelled to use satellite Internet, you have our sympathy. No doubt you’ve decided that satellite Internet is the best choice from a number of bad options including dialup access and slow DSL “broadband” (3 Mbps to 6 Mbps downloads) packages that might work and might not. If you currently use a satellite Internet service provider (ISP) such as HughesNet or Exede, may we suggest you consider a fixed wireless Internet provider offering connection speeds up to 10-12 Mbps with no data caps.

As my colleague Aeyne Shriber reported in this space before, satellite Internet connectivity has its limitations, in particular latency and bandwidth issues. It should be acknowledged that in recent years satellite ISPs have improved latency problems. HughesNet Gen 4 and now Gen5 services have minimized latency to as little as 500-600 ms—impressive when considering the signal has to travel from earth to a geosynchronous satellite parked at 22,300 miles in space and back. But this lag can increase substantially should unfavorable atmospheric conditions degrade the signal. Thus consistent VoIP service can be problematic. So don’t bet your life on a 911 emergency call over satellite Internet VoIP.

What about playing games online with satellite Internet? In a word, “fuhgeddaboudit.” Latency is a crucial factor when gaming online. According to Pete Mastin in venturebeat.com,

While other online games are not as sensitive to latency as FPS games, latency effects are clear: they adversely affect reduce gaming experience. And satellite Internet latencies just don’t cut the mustard.

Note that until recently satellite Internet bandwidth couldn’t compare to true “broadband” (per the FCC, minimum 25 Mbps download and 3 Mbps up). However, earlier this year HughesNet released four Gen5 packages, all with advertised speeds of 25 Mbps down and 3 Mbps up. Exede Boost 25 delivers similar speeds. But look more closely: these Internet packages these ISPs offer come with restrictive data caps.

To illustrate, the premium HughesNet Gen5 comes with a data allowance of only 50 GB. To put that in perspective, the ISP of your intrepid blogger allots him a monthly data allowance of 500 GB, of which 300-400 GB is typically used. Yet he only streams video with a Roku stick through one standard definition (SD) TV—no HD or UHD TVs in his home. Given that a 720p HD video chews through 15 MB per minute and a 1080p HD video devours 34 MB per minute, it doesn’t take long to smash through a data cap on any HughesNet Internet package. If you’re streaming video through a media player, you’ll soon be paying hefty surcharges for extra data allotments from your satnet provider.

Even though HughesNet allows subscribers a “Bonus Zone” of 50 GB of free data per month between the wee hours of 2 am to 8 am, you’ll still end up paying beaucoup bucks for sufficient bandwidth to satisfy your household’s data needs. Do the math—you’ll see 100 GB of data per month doesn’t go very far. Despite HughesNet’s claim of “No Hard Data Limits,” users will see their data connection throttled to 1 Mbps or lower once they surpass their cap. Ever tried to stream video over a 1 Mbps connection? You’ll learn the significance of terms like buffer, pixelation and input lag.

Now that we’ve tried our best to dissuade you from satellite Internet, we recognize that millions of Americans have no other choice for Internet broadband except from satellite providers. Luckily, there are products and procedures to boost satellite Internet connection speed. One basic step users can take is to ensure that a clear line of sight exists between the sat dish and the open sky. Remove any existing obstructions that may degrade the reception of the satellite signal. Experienced any stormy or windy weather of late? Your satellite dish may have been moved a few degrees off of its ideal positioning. Schedule a visit with your ISP’s tech so that he or she may verify and if necessary reposition the dish to ensure optimal signal reception.

There’s really not a lot one can do to improve the broadband speeds satellite ISPs offer.  Speeds max out at 25 Mbps. Even before HughesNet’s Gen5 service, Internet ISP Exede offered “Boost 25,” a service much improved over their Exede12 (12 Mbps down/3 Mbps up) and Exede5 (5 Mbps down and 1 Mbps up). Boost 25 increases connectivity speeds to 25 Mbps down with a special gateway (wireless modem/router). The gateway includes 4 gigabit ports that allow for file transfers between compatible devices connected with Ethernet cable at speeds as fast as 1 Gbps.

If you’re dissatisfied with the performance of your satellite Internet, you might consider the use of a satellite amplifier, which depending upon model can increase signal to TVs and LANs. A one-way amp will usually suffice for a TV (unless you have a Smart TV) but for the Internet, a bi-directional amplifier will generally be needed. Available are devices known as inline amps, multiple input amps and for best results. an autogain amp/splitter for multiple TVs and Internet gateway/modem/router. An autogain amp/splitter will lower network latency, improved signal bidirectionally and allow for the connection of multiple devices.

One satellite amplifier to consider is the Sonora LA281R-T (1) Coax Input, 28 dB Gain Amplifier with 2-42 MHz Return, available from Amazon. It’s particularly useful at one end of a long coax cable run when dB gains are needed from the satellite dish side. Manufacturers like ASKA and Unispectra offer inline amplifiers that are easy to install and use.

This video from YouTube demonstrates the the Unispectra LNA-430F inline amplifier for both TV and satellite signals:

As you might expect, your choice of satellite ISPs is limited. Contrast and compare them here. Note that this review was published prior to the release of HughesNet Gen5 service.

It’s a shame that despite the true broadband speeds now available from ISP satellite providers like HughesNet and Exede, restrictive data caps imposed by these carriers cripple the utility of their services. Even without practical gaming capability, ISP satellite Internet limits user experience to mostly web and email browsing unless the subscriber is willing to pay hefty surcharges when exceeding data caps. Even though fixed wireless doesn’t match the speeds of the fastest satellite ISP packages, most fixed wireless Internet providers don’t throttle data speeds or enforce data caps. For that reason, fixed wireless is preferred over satellite for Internet service. We hope you live in a location that offers you the option of choice. 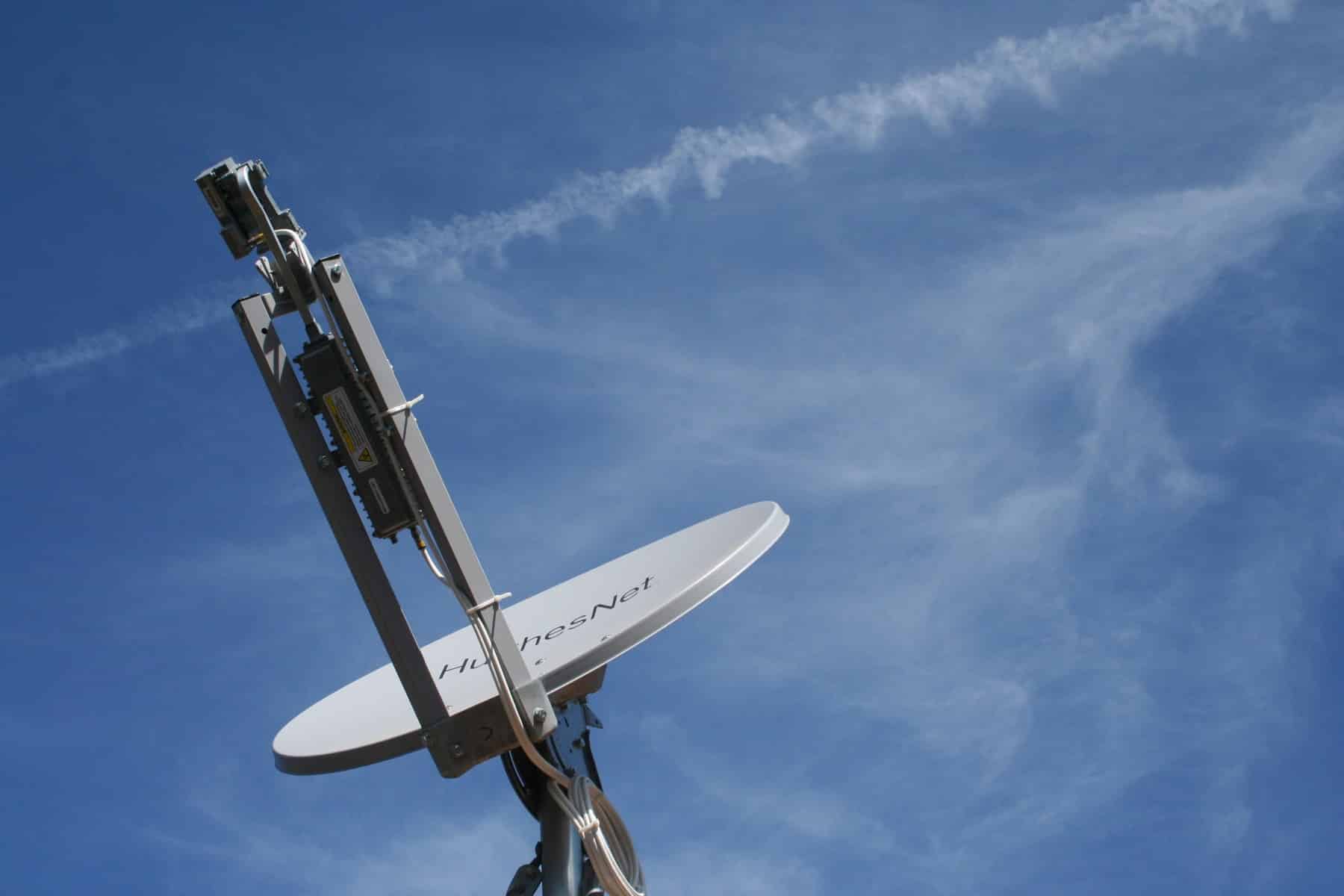