Most internet users get frustrated when it comes to distinguishing different glowing LED lights on their Ethernet adaptor. To be very honest, the struggle is real. Why? Because Ethernet LED lights have no standard. It solely depends upon the model and the manufacturing of your router, which has fixed its standards of globing LED lights. However, speaking of orange light on an Ethernet port/router, it has co-relations with many factors, again, depending on the device you are using. In this article, we will walk you through most of the common factors by which you see orange light glowing on your router port while being connected to the internet.

Why Am I Seeing Ethernet Orange Light?

Answering this question is impossible if we don’t have an adequate amount of information about the router in question. If we look up certain types of routers, they have orange lights that are indication signs of a connected device using a 10 Mbps or 100Mbps connection internet speeds in place of 1000Mbps. The orange globe on the Ethernet adaptor would be heavily solid to show the connection speeds in 10, 100, and 1000 Mbps.

On the contrary, many Ethernet adaptors have also indicated that the blinking or continuous flickering of orange light means there are connection speed issues or maybe the device has lost the compatibility with your existing connection speeds.

We already know that every adapter is different. There are chances that your router is not meant to give orange light for the same reason. However, it is one of the most common reasons why you usually see the orange light on your Ethernet adaptor.

What Does Orange Light On My Ethernet Router Indicate?

If your concerns about orange LED lightning is not supposed to be associated with a switch port and you are seeing it on the front of your Ethernet router, then it indicates the following possibilities:

The presence of LED lights over Ethernet port isn’t standardized, especially orange LED light, which varies from the adaptor to the adaptor on an Ethernet connection. Moreover, you can take help from your adapter manual to see why are you seeing orange light on Ethernet adaptor. I have seen quite a lot of devices that barely meant that duplex connection or the connection speeds are the reasons for the adaptors to show orange/amber color. 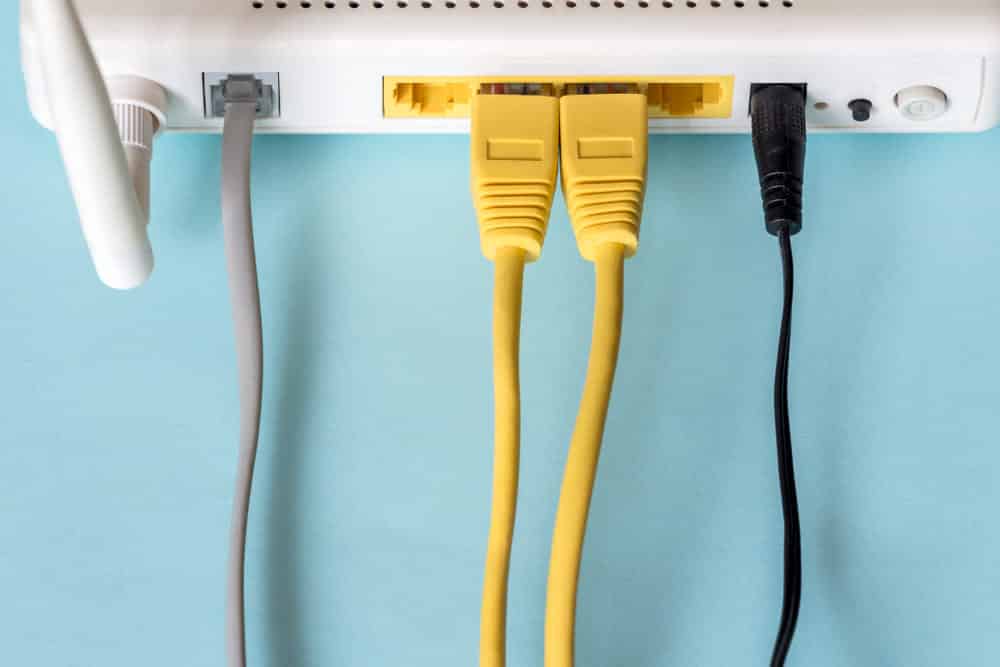