That’s to say because they struggle with speed and stability. The skepticism with ethernet switches is real, but to be honest, an ethernet switch would never become the root of network issues. So, in this article, we have answered if an ethernet switch can be blamed for slow internet speed. Let’s see what these switches do to your internet connections!

If you are experiencing internet lag, you need to check the ethernet cabling all around the home, if you have plugged the router straight into the computer. Usually, electrical cables are dated and aren’t used anymore. On the other hand, internet and network cable infrastructures have undergone multiple changes that can directly impact the data transmission and internet speed.

So, if you are using the CAT-5 cable, the Wi-Fi speed will be slowed down. In addition, you need to check the plugin nature of all eight wires inside the cable through a tester to ensure there are no damages or breakages. With this being said, it is pretty clear that wires can cause internet lag, but switches are innocent and don’t pose harm to the internet speed.

Be it the FDDI, ethernet, or the token ring, everything is sharing the media. Usually, ethernet cables are routed, and shared access further distributes the 100Mbps internet signals among multiple users. However, one port should be connected to the switched network, promising that only authorized users will be connected to the internet. Also, if you’ve to maintain multiple users, ethernet switches can be installed for robust internet speed.

With all this information, it’s pretty clear that an ethernet switch is not to be blamed for the slow internet. In the section below, we have outlined some potential issues that could be causing this issue. Have a look!

If you are using ethernet, you need to need to optimize high-end, or at least functional network hardware to optimize the connection speed. This is because if you are using the switch your father installed a decade ago, it’s not going to work. The advanced ethernet switches offer around 1000Mbit speed, so if the speed is low, the datedness of the switch should be blamed.

The hardware ought to show failures, and if you are using old equipment, there are chances that your network hardware is whimpering, rather than just dying out. This can be a similar case with ethernet switches. So, try to replace the old switch and add a new one in the equation! 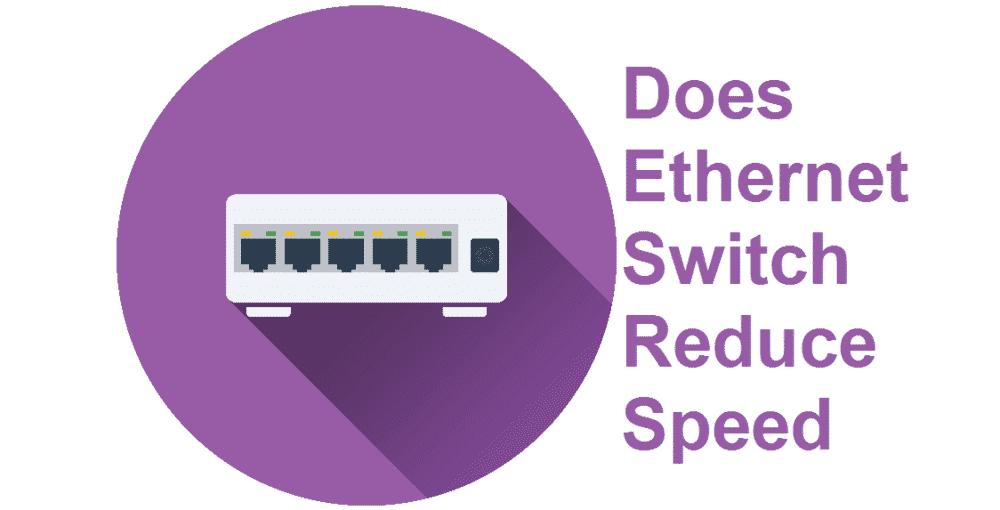