TSs and TRs are the property of ARIB, ATIS, CCSA, ETSI, TSDSI, TTA and TTC who jointly own the copyright in them. They are subject to further modifications and are therefore provided to you “as is” for information purposes only. Further use is strictly prohibited.

What is 5G and How Does It Work?

What is 5G and how does it work? That’s two questions requiring more than two answers. Unless you’ve been nipping from Rip Van Winkle’s “wicked flagon,” you’re aware that 5G is the next generation of wireless broadband. If you’ve been listening to industry hype (we’re looking at you, T-Mobile) you might believe that 5G offers “fiber-like capabilities” (it doesn’t).

While the 5G rollout is underway, years will pass before its full impact will be felt. Yes, it’s a transformative technology that will (eventually) revolutionize how we and our machines communicate with another. In today’s episode, the IAG surveys 5G and the science behind the hoopla.

That’s a trick question; finalized standards for 5G have yet to be determined. That hasn’t stopped marketers from advertising their 5G “services” or even rebranding LTE (we’re looking at you, AT&T) as “5G E.”

That said, 5G speeds and latencies are far superior to that of LTE aka 4G. LTE Advanced speeds (and keep in mind these are laboratory measurements) deliver a “peak” data rate of 1 Gbps. In the real world, Verizon (which we cited as the fastest of the American “Big 4” wireless providers) averages a nationwide download speed of 53.3 Mbps and an up speed of 17.5 Mbps.

Final numbers for 2019, of course, are yet to come but opensignal.com predicts that LTE latency for European and North American mobile carriers will be less than 60 ms.

Conversely, Deutsche Telekom (by revenue, Europe’s largest telecom provider) live-tested a 5G network at the 2019 IFA, delivering a speed of 3 Gbps. DT claims that 5G speeds “should in future reach up to 10” Gbps. Concerning latency, DT claims to have “achieved” latencies of 3 ms during “practical” 5G trials; latencies as low as 1 ms have been measured at DT’s laboratory.

How Does 5G Work?

5G, like its predecessors, is a wireless technology using radios, antennas and portions of the electromagnetic spectrum to send and transmit data. Like 4G (but unlike 3G and earlier wireless generations), it uses multiple input-multiple output (MIMO) antennas and beamforming.

One of the advances that makes 5G possible is improved MIMO antenna technology. Whereas a 4G radio base station generally uses 12 MIMO antennas, 5G employs around as many as 100. This “massive” MIMO supports greater data traffic capacity, better throughput, more efficient use of spectrum and greater network efficiency.

Here’s a visual presentation of “Everything You Need to Know About 5G.” Don’t forget to read the comments.

Another 5G standard yet to be determined is data coding. While both 4G and 5G use IP data packets, 5G will use larger data packets with improved data codes.

The 5G air interface (i.e., base station radio) has been established. 3GPP has sanctified 5G New Radio (NR) as “the” air interface standard. Wannabes included 5G TF (note website is now shuttered), a Verizon-developed technology incompatible (and inferior to) with 5G NR, and 5G-SIG, developed in Korea by the KT Corporation.

Key to the white-hot data speeds 5G proponents promise is MMW data transmission. As we explained previously, MMWs are Extremely High Frequency (EHF) radio waves ranging between 30-300 GHz. Mobile providers (we’re looking at you, Verizon) have hyperbolized this portion of the spectrum as “wireless fiber.”

Mobile carriers around the world (with the notable exception of the U.S.) use FR 1 for 5G. While data speeds are slower than FR 2, FR 1 radio signals carry much farther and are much less susceptible to attenuation compared to FR 2. American MNOs (we’re looking at you, Verizon and AT&T) are hanging their hat on FR 2 MMWs (Verizon uses 28 GHz; AT&T uses 39 GHz).

Lost in the 5G hoopla machine is the fact that the widespread 5G rollout will exclude rural America.

The United States is making choices that will leave rural America behind… These choices will harm our global leadership in 5G and could create new challenges for our networks… The United States has focused on making (MMW) the core of its early 5G approach… They have never been used in cellular networks before, and for good reason—they don’t send signals very far and are easily blocked by walls…

The United States is alone in this mission to make MMW the core of its domestic 5G networks. The rest of the world is taking a different approach…. Instead, they are building 5G networks with mid-band spectrum because it will support faster, cheaper and more ubiquitous 5G deployment… By ceding international leadership when it comes to developing 5G in the mid-band, we miss the benefits of scale and face higher costs and interoperability challenges…

(MMW) 5G service is unlikely outside of the most populated urban areas. The sheer volume of antenna facilities needed to make this service viable makes it too costly to deploy in rural areas… We need mid-band spectrum… for rural America to see competitive 5G in the near future… 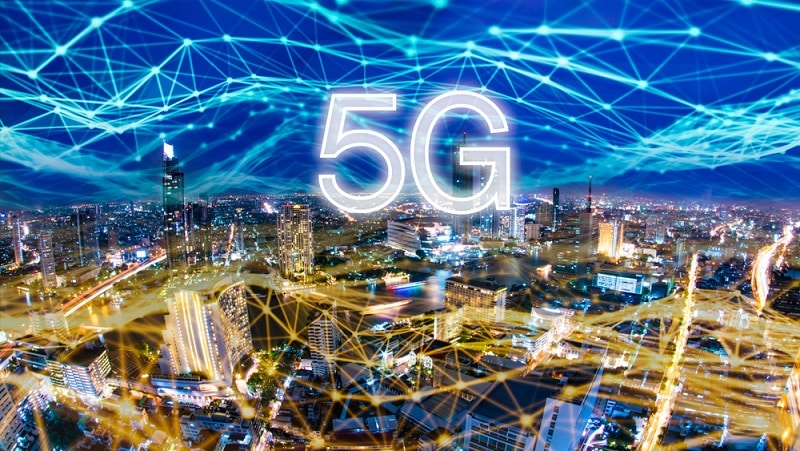