Living an extremely busy life in today’s world, one just cannot be always around an Internet home router. That’s why majority of people prefer using the hotspot devices. Obviously when it comes to choosing a network for your hotspot connection, why would you choose anything else than the biggest network of America? Ofcoarse, we’re talking about none other than AT&T network and AT&T hotspot. But have you ever thought of using AT&T hotspot with ethernet port?

In this article, we’ll walk you through the details of using your AT&T hotspot device and how you can connect it using an ethernet port. But first, you should know what an Ethernet port actually is.

An Ethernet port is basically like a socket in computers or network equipment where you plug in your ethernet cables. It is a small opening in networking devices containing a specific structure that only allows the attachment of other ethernet cables. These are also called LAN ports or network socket or ethernet jack, etc.

A hotspot is like a particular physical region where you can get access to Internet services by using a wireless Wi-Fi connection via LAN. Hotspots are such physical locations where people can establish a wireless connection to the internet using their computing devices, such as their smartphones, laptops, tablets, etc. It also refers to you sharing your Mobile phone’s cellular data with other devices using the “Tethering and Portable Hotspot” feature.

Nowadays, tech has been taken to another level and there are many mobile hotspots devices available in the market that let you share your network’s internet data. Such hotspot devices come incorporated with an Ethernet port but some only offer you a LAN connection. This means that there is no WAN facility available so you can only use your 3G or 4G SIM card to connect to the internet network.

AT&T is the largest telecommunication company in the world serving worldwide with its telephone, internet, cable television as well as satellite connection services. AT&T has also been playing major roles in the entertainment and tech industries. There are a number of products launched by AT&T which bring about successful major changes in the world of technology and AT&T Hotspot devices are one of them. Such AT&T hotspot devices come with ethernet ports to provide a better secure fast speed connection without any interruptions.

With the help of AT&T Hotspot with Ethernet ports, you can get quick and easy connection to internet services using hotspots, you can connect to the Wi-Fi, you can turn your network data on or off whenever you like. Using the Ethernet port to connect an ethernet cable, you can easily connect your Android smartphone or tablet to your home router’s Wi-Fi network or you can establish a connection between your computer and your hotspot’s Wi-Fi network.

How To Share Ethernet connection With Your Mobile Phone?

Sharing your AT&T network’s cellular data with different mobile phones can be easily done by sharing your Hotspot connection via using an Ethernet port. You can either buy the AT&T hotspot with Ethernet port or you can get yourself an Ethernet adapter.

Why You Need AT&T hotspot with Ethernet port?

A majority of people use mobile hotspots due to their portability perks when they’re on the go, to get easy access to internet services wherever and whenever they want. The mobile hotspots use AT&T’s network SIM card to establish a connection to the internet servers. The users use this connection to connect to the hotspot internet wirelessly in the middle of anywhere provided that the place comes under AT&T’s coverage.

However, if the SIM card drops its signals and only the Ethernet connection is available, here comes the use of AT&T hotspot with Ethernet port. You can still get internet access using those ethernet signals to complete your interrupted online tasks. So, if you’re someone who travels a lot in unusual places where you might have a problem getting SIM signals, you should definitely consider buying an AT&T hotspot device for you. 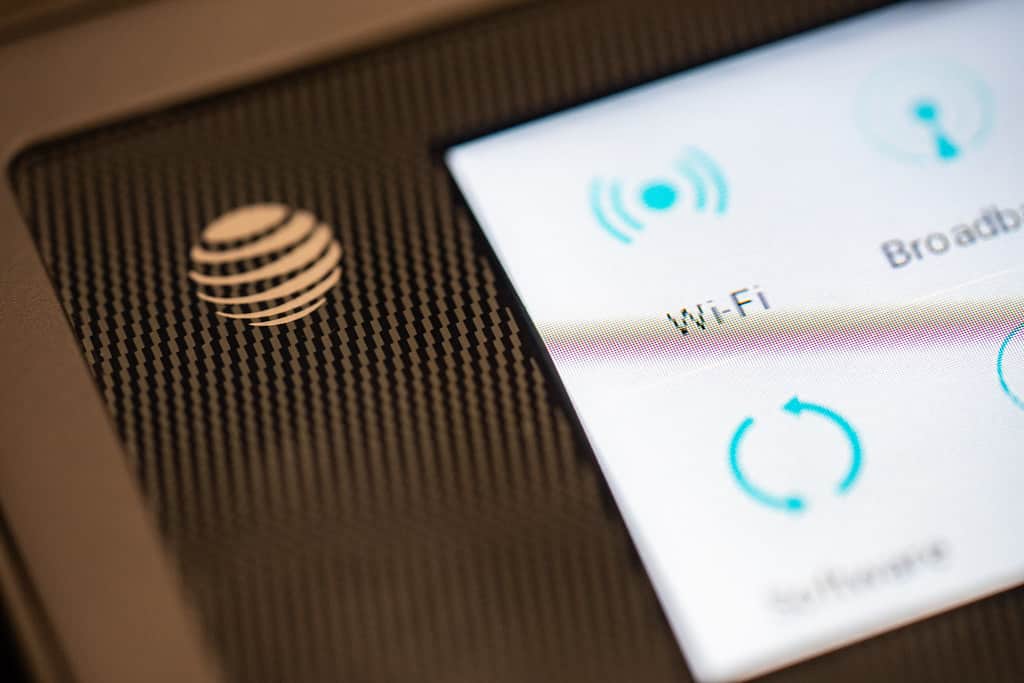