Everything is wireless these days, including computer keyboards, which is great because wireless means no cable clutter. Granted, many people work on laptop computers and other mobile devices, but in all honesty, using a full-size keyboard is much more convenient than using the smaller one that comes with the device, especially if you do a lot of typing. But there is more to the wireless keyboard than meets the eye. Let’s start with the benefits of such a device. 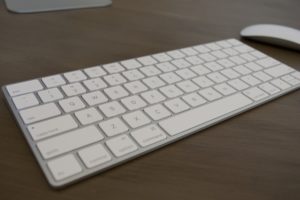 Fortunately, wireless technology has come a long way in the last few years and wireless keyboards come with a host of benefits you can’t get with their wired equivalents, including the following:

There are two ways to distinguish a wireless keyboard—by its method of connection and by its style or appearance. When it comes to the connection it makes with your computer, this can be accomplished in various ways. Wireless keyboard types include:

Aside from the above, wireless keyboards can offer any combination of the following:

According to Wired, the security company Bastille has uncovered the vulnerability of some cheaper wireless keyboards and their RF dongles. Essentially, these keyboards can be hacked because they don’t have any wireless encryption. Anyone within range who knows how to hack into your keyboard can do so and then perform keystrokes on your keyboard, allowing them to take control of it (if they know the code to do so) and implant malware onto your device. This access to your keyboard also gives hackers the ability to read the keystrokes you are making, which leaves you vulnerable to giving up sensitive information, such as passwords and credit card numbers, without even knowing it. Bastille has created a list of the vulnerable keyboards.

CSO reports that Bastille has also revealed it is as easy as a hacker leaving a hidden relay device in an area to have constant access to a keyboard’s transmissions without having to stay in the immediate area. Having said this, most brands have ensured their keyboards are properly encrypted to allow the safe use of wireless keyboards no matter where you use them. Speaking of wireless keyboard brands, what are the top ones? PCWorld has the latest word on the top wireless keyboards and their top choice is the IOGEAR Quietus RF Desktop.

The Future of Wireless Keyboards

The wireless keyboard is a great thing and it has a bright future. Bluetooth technology is taking wireless by storm, allowing the wireless keyboard to connect not only to desktops and laptops, but also mobile devices such as tablets and phones. One of the newest Bluetooth keyboards is the Portable Bluetooth Foldable Wireless Keyboard, which is being offered by Amazon. This brings Bluetooth technology and extreme compatibility and portability together in one device.

Another development in wireless keyboards is the touch-sensitive keyboard, developed by Cleankeys. This keyboard is designed with a glass surface to be used in hospital environments because it is easy to keep clean and sanitary. It is easy to see this type of tech being used in other environments in which cleanliness is imperative, such as in schools and public libraries.

But the future of the wireless keyboard might not actually involve a keyboard at all. Instead, it might involve wearable technology, which isn’t a great surprise considering the wearable technology market is estimated to be worth over $31 billion by 2020. Bloomberg Technology reports that Ran Poliakine, who created the PowerMat, has introduced the latest in typing technology with his Tap Systems.

The tech can be worn on one hand and allows the user to type anything without having to type on an actual keyboard. Tap Systems has been programmed to interpret 31 different finger taps and translate those taps into individual letters and numbers. These taps can be performed on any available surface, allowing the user to easily communicate with and type information into their mobile device no matter where they are. Of course, people will need to learn the taps, but the creators have designed a game to make this learning fun.

It is apparent that wireless technology is all around us and with the development of the Internet of Things, that tech is only going to become more a part of our daily lives. The development of wireless keyboards is just the beginning of the wireless keyboard revolution, but thankfully, you can use the wireless technology now to begin transforming your online experience, whether you are sitting at your desk or you are on the move.