Not even the ISP can see what activities the user is performing on the internet. Some of the benefits of using a VPN service include complete anonymity on the internet, remote access and safe file sharing, enhanced security, and improved performance and helps in bypassing certain filters and blockers all over the internet. Streaming websites and other restricted content can be accessed by using a VPN.

Because of this reason, many institutes and organizations in many countries have banned the use of VPN. In China, it is illegal to use a VPN and the user is fined if he or she uses a VPN. Schools and colleges also have restricted the use of VPN and have blocked these services so no student gets access. The question is “should school block VPN?” Many students might not be in favor of it however the school is correct in a way.

Schools usually have minors; all the pupils are minors so that makes it justified that why should a school block VPN in the first place. Although parents love to stay connected with their children, even when they are in school but schools do not want to risk the possibility of their students to access and bypass blocked sites on the internet by using a VPN.

This could be dangerous for the students and for the school if they start gaining access to websites that have explicit adult content. It is not technically illegal to use a VPN in school, college, or a university. A child may be able to access the banned websites if he or she is using a VPN and this may get the child and his or her parents in trouble. Parental guidance is important. These days, cyberbullying is a huge issue and your child might fall, victim, if he/she does not take care while using the internet.

Parents should explain to their children what the VPN is and how it can be misused, so they do not do such a thing. The consequences must be informed to the child so that he or she uses the VPN with responsibility. Children should know that using a VPN to access many things like gaming applications, video streaming websites, etc. should be avoided.

Even using the internet during classes or lectures should be avoided as it could lead to confiscation of the device and this could lead to punishment. Children should use VPNs with the utmost caution.

Usually, when a child uses a VPN service, it is quite possible for them to access anything on the internet, even websites and content blocked by the government and the ISPs. To avoid any trouble and lawsuits, schools and other institutions just block away from any means of accessing restricted data. Many have software that specifically blocks the students for searching for certain different things on the web.

These filters are hard to bypass by these students and the only solution for them is to use a VPN service. However, using a VPN at school is not illegal but students get in trouble if they are caught using one. The trouble is not much but sometimes can lead to suspension or even detention.

How To Unblock VPN?

Some VPNs cannot get through the school’s firewall. However, some VPNs can and they are known as Stealth VPNs. Almost every school these days have access to the internet, but students do monkey business online such as social networking, gaming, etc. so they monitor and restrict access to VPNs and block the students out of the system. The good news for the students is that they can disguise their traffic and make it unblockable by using a VPN.

Most of the https traffic is generally routed via the 443 port and this port is usually open for all academic institutions. By connecting to a VPN via this port usually works for many students and they can access blocked websites and restricted content. In case strict monitoring of the school blocks the VPN tunnels, students can try using SSTP. This uses the 443 port and encrypts all of the data so that the VPN connection can establish easily.

Another option is to use software Softether. It connects through the 443 port and is a good option as it works decently. Students should first check if their VPN service supports this software, as it is very similar to SSTP. Using TCP instead of UDP may also help but will result in a very slow connection. If not, students can try OpenVPN with the provider’s settings.

Using a TOR network can also help in unblocking as it also provides the maximum privacy one can think of. Proxy servers can also help in accessing different websites but they are choked up with heavy traffic. They also provide slower connections and speeds. Many VPN protocols usually have a data packet header, which is more like a fingerprint.

It can allow a firewall to find out and recognize traffic such as VPN traffic. The VPN can obscure or rewrite these packet headers so that it becomes unrecognizable by using a VPN service that has Stealth technology or Obfuscation.

At the end of the day, if the child is caught doing something he or she should not be doing, the phone will be confiscated, as the child is definitely not capable of handling VPNs. The only option for the parents would be to change the password of the VPN service so that they can stop the child from having any access. This will be the only solution for the parents and if the child still does something like that, the school will have no choice but to take strict action. 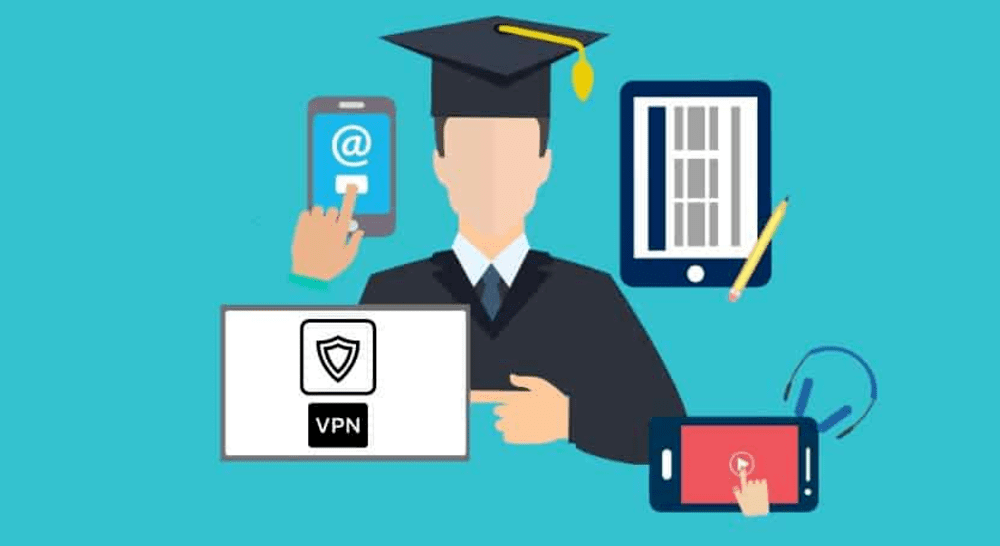