The 100 Mbps internet connection is one of the most common packages everyone goes for. “Why is my 100 Mbps internet slow?” is what some internet users keep asking all over the internet to others and to their ISP providers. There can be many reasons why they do not get the desired speed for which they pay for.

Why does this mostly happen with all of us that we do not get the same speed we pay for? Well, some of the reasons are as follows:

Why Is My 100 Mbps Internet Slow? Solution and Troubleshoot

The ways to compare your internet speed and fix if you are facing any problems related to speed are:

A single router has many devices that are connected to it and that affects the internet speed on the receiving end. Going solo to only one device to test out the internet speed is one common way. Using one single device will make the router transfer all data and traffic to that device at a faster rate and smoothly. Testing out the 100 Mbps connection is easier this way.

By this, we mean to go closer to the router or device that is transmitting or sending the internet packets to your devices. Going closer to the source will affect the internet speed, as it will cut out any interferences that were present in between before.

Testing the internet speed, this way is quite effective as it can help in knowing the quality of the ISP’s connection and if the speed is the same as they promised. The 100 Mbps internet connection can be tested this way and you can find out how much speed you are actually getting from your ISP.

As we know that congestion, throttling, and many other factors affect the internet speed and we can never get the exact internet speed we pay for. Checking the internet speed at different times can help you figure out the potential of your internet connection.  This also includes the peak hours as the speed fluctuates at certain times.

The answer to the “Why is my 100 Mbps internet slow?” question is that it is not slow but the ISP provider cannot direct the data towards a single client and the environment as well as surroundings of the user and where the internet source is located and situated at affects the internet speed by a great margin. 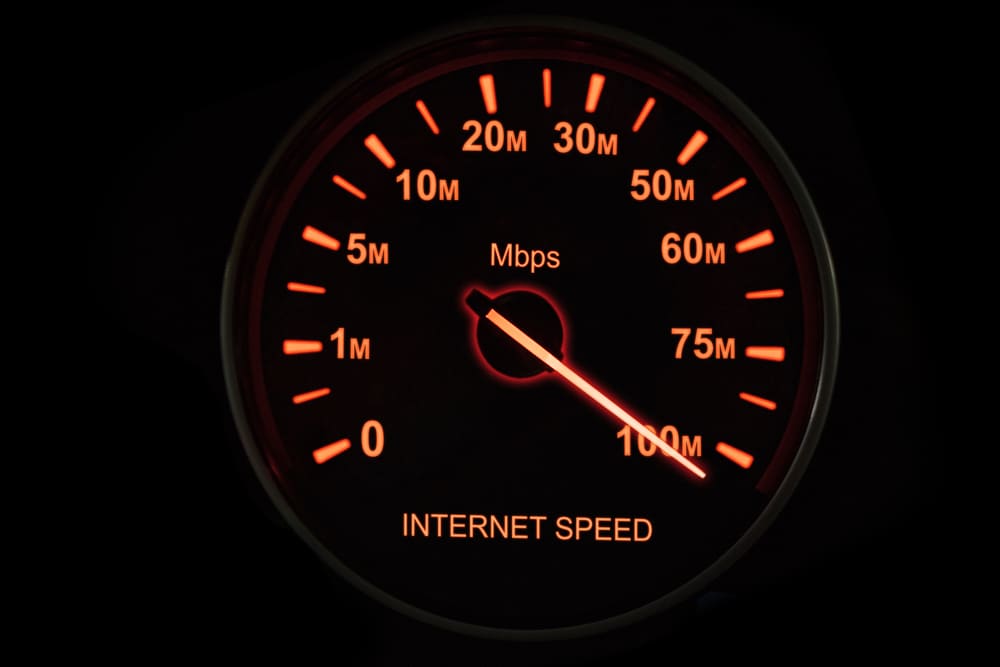