Jitter problems can have a negative impact on the Quality of Service (QoS) you receive from your DSL Internet Service Provider and your wireless Internet connection. What is jitter and why does it matter?

At one point or another, you may have experienced jitter on your Digital Subscriber Line (DSL) Internet connection.  Signs of jitter can include voice break ups when you are using your telephone or VoIP service, problems with buffering and disruptions when watching videos, intermittent Internet connectivity, and a host of other issues.

Jitter is defined by a problem in a digital circuit caused by displacement of electronic pulses in the digital signal.  The pulses are often shaky which is where the name jitter is derived.  Jitter can be elevated by interference with other signals or electromagnetic disturbances.

Digital signal transitions consistently take place either prematurely or too late when compared to a square wave which constantly switches between two signal levels without any issues. The square wave provides a reference clock which utilizes recovery circuitry to check the digital signal.

If jitter is more pronounced, the clock recovery circuitry cannot keep pace with the changes in the digital signal. The end result is phase shifts, incorrect bit stream sampling, and eventually, bit errors. In this instance, the decision range is reduced and there is distortion in the digital signal. If the jitter problem is large, the bit errors become more common causing an LOF (Loss of Frame) to occur.

The following video explains jitter and clocks in more detail.

Understanding and troubleshooting jitter on a Digital Subscriber Line can be somewhat tricky, but not impossible, with a basic overview of the concept and the use of testing tools to determine the amount of jitter that is present on the line.   Here is a basic overview of jitter and some of the ways you can measure jitter on your DSL connection.

There are several different types of jitter, which means the root cause will vary according to the type.  Constant jitter, also known as Type A, is just as the name implies and involves a consistent delay in the packet to packet variation.  Transient jitter known as Type B refers to a delay that occurs in increments. Type C jitter refers to a persistent increase in jitter.  That said, here are some of the causes of jitter:

Type A jitter can be caused by load sharing through your Internet Service Provider.  If your ISP must manage large amounts of traffic, it is possible that the traffic may be routed through multiple independent Internet Service Providers (ISPs) or by using multiple access points for one provider.  This can cause jitter if the packet to packet delay is different for each service.

The differences in delay can also occur if multiple forms of load sharing is being used within the traffic routers or the traffic is being transferred over more than one internal path on a network.  The difference in the delays for each can be a factor in causing jitter.

Type B jitter can be caused by competition for central processing unit time with other applications and processes since the time for transmission can be interrupted by delays.  As a result, when you try to use VoIP or video you experience a broken or intermittent connection.

Type B jitter can also be caused by the firewall on the router which will sometimes disconnect the stream on one side of the firewall and then re-establish the connection on the other side.  This process provides added security because only the controlled portion of the stream is passed on. However, it can cause delays which produce jitter.

Type C jitter is typically caused by congestion in the access links because access links are a major point along the path in which information packets travel.  This is especially problematic with a DSL connection since the upload time tends to be slower than the download time.  For example, if you are trying to access VoIP on a DSL line and there are several packets of data queued up before the voice, this creates a delay in the voice transmission if there is congestion at the access link.

There are essentially two different classes of jitter which include deterministic jitter and random jitter.

Deterministic jitter is not fundamental nor is it random and has a precise cause which can be difficult to identify. This class of jitter is divided into two different categories which include data dependent jitter and periodic jitter.

Where deterministic jitter is periodic, random jitter is consistently present. This type of jitter is often referred to as unbounded since the values are very small but they are never zero. This can be visualized in the form of a curve where neither end reaches the point of zero.

How Jitter is Measured

Jitter is measured in a few different ways, in addition to being measured via time stamping of information packets.  The first method involves the measurement of the packet to packet delay process and then finding the mean variation.  This is calculated by noting the delay of two successive packets of information and then finding the mean variation between the two.

The second method involves determining the mean absolute packet delay which can be calculated only if the minimal time for a packet to arrive is indicated. However, this value can be inaccurate if a route change occurs since jitter buffers can easily adjust to delay changes which can distort the actual jitter value.

Once the measurement is complete, histograms are created to observe the jitter activity and to determine if there is abnormal activity or there is a problem elsewhere within the equipment.

Other Forms of Measurement

There is no foolproof system for measuring jitter during the process of troubleshooting. But, additional methods have been created to come as close to an accurate measurement as possible.

The use of jitter buffers has helped to measure increases in jitter since it is designed to remove the effects that jitter creates by buffering each packet of information as soon as it arrives.  This provides an alternative to packet delay and loss by adjusting its size to accommodate delay changes which minimize the amount of delay you experience when using video or VoIP.  The measurement is then determined through a time series analysis model so the appropriate troubleshooting methods can be determined.

If you subscribe to Digital Subscriber Line (DSL) Internet service, jitter can also occur within the wireless signal in your home or business. Jitter will make its presence known whenever you use your VoIP (Voice over Internet Protocol) service, try to stream video content, or use any other application that relies on high speed Internet in order to function properly.

At times, jitter issues may be subtle or they can be serious enough to prevent use of VoIP or streaming video altogether. In this case, there are a few steps you can take on your own to try and solve the problem of jitter.

Other devices that are nearby can play a significant role in causing jitter on a wireless DSL Internet connection. If you have any wireless devices near your router, switch them off or move them out of range of the wireless device. This will reduce the interference and, in turn, eliminate jitter.

Perform troubleshooting on your wireless router by shutting it down and then restarting it. This will help to erase any problems that are occurring within the router and place it back in proper working order. If the jitter issue persists, consider purchasing a new router.

Investigate Any Nearby Connections

If the jitter problem continues after you have performed the above troubleshooting steps, it is likely the problem is on the end of your Internet Service Provider. In this case, they will need to perform the tests that we have described earlier in this article.

Additionally, if the problem exists across a specified area of their Internet service, the ISP should inform you of the problem as well as when they anticipate having it solved. If the problem is isolated to your connection, you should arrange an appointment with a technician to check your equipment, wires, and cables for any issues that could cause jitter.

Why does jitter matter? Jitter can have a negative impact on Quality of Service if the problem is large. There are a broad range of protocols and standards that exist to specify clock jitter requirements. This ensures a connection is robust and compliant with required specifications.

In the past, the requirements were not as common however, with new technologies, jitter is a very important consideration when designing Internet infrastructure. For this reason, it is important to understand the characteristics of jitter, the effects it has on your Internet connection, and how it can be measured to ensure a robust connection.

The following video talks more about why jitter matters.

Quality of service (QoS) is mission-critical when it comes to robust DSL Internet service. This is because Quality of Service defines the level of control the Internet Service Provider has over their infrastructure. In turn, this has a profound impact on the quality of your Internet connection.

Quality of Service and testing for jitter go hand and hand as QoS uses techniques that help to determine connection delays, packet loss, variations in delays, and bandwidth. This is especially important for protecting the integrity of applications such as voice and video that operate in real-time and are sensitive to delays (latency), packet loss, and jitter.

Without Quality of Service techniques and jitter testing, voice and video applications are compromised if the Internet Service Provider fails to manage jitter and QoS. Additionally, data performance can also be compromised despite the fact that it is less sensitive to latency, packet loss, and jitter. Effective QoS and testing for jitter can help to manage these resources which, in turn, creates a more reliable DSL Internet connection. 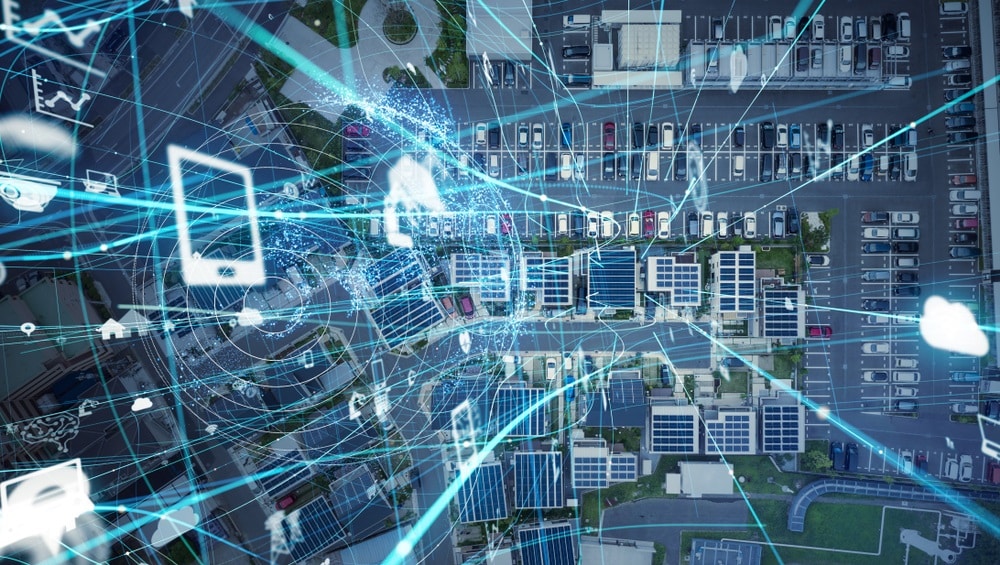