Today, we have fiber optics all over our homes and offices for phones and the internet that provide optimal performance in every aspect. Fiber optic cables are perfect for optimized speed, durability, stability and can carry various types of signals like phone, TV, and internet at the same time.

Things were not that simpler, convenient, and faster in the early days and the internet was depending on DSL cables for connectivity. Most telecommunication operators were providing internet through telephone lines and you needed certain equipment to connect to the internet such as modems and stuff.

Connect DSL Modem Only With No Router

If you are looking to still have a DSL modem connected for some reason without router that is quite possible as it is how things used to work in the past. To understand the phenomenon better, let’s have a deeper look at what is a DSL cable, a modem, and how they are different than a router connected with them.

DSL is the abbreviation for Digital Subscriber Line. The term was common before the widespread modern broadband internet over fiber-optic lines. DSL broadband was essentially connected to a telephone cable that was used for connectivity to the internet. The DSL cable was a combination of two cables that used to carry analog signals back and forth in the form of electronic pulses. These two cables were used each for carrying the signal from the terminal to your modem and from the modem to the terminal.

There are certain fundamental flaws to the technology that are later covered by the more superior and advanced technologies being released for connectivity purposes. Some of the mainstream drawbacks of using DSL over a fiber optic connection are:

A modem is a short form for MO-DEM that is Modulator and Demodulator. Since most DSL cable uses analog signals for the connectivity, those signals are not readable by most computers as computers are digital devices. A modem works as an interpretational or conversion device that converts analog signals from DSL line to digital signals to be read by your PC and the digital data from your PC to analog signals so that they can be transferred over the DSL cable.

The modem does a lot of conversions and based on the processing power of your PC, the type of modem you have, and what type of cables you are using, there are often speed issues, data losses, or internet stability issues that are caused by DSL/Modem malfunctioning.

A WiFi router is a device that is connected with your regular CAT6 internet cable and transmits the signals wirelessly, allowing multiple devices to be connected with the internet at once. The method is most advanced and efficient as there are low costs involved, and you can achieve the fastest connectivity ever possible. Not to mention, you will never have to handle all the hassle caused by multiple wires around you.

You can also connect as many devices as you want over a WiFi network and not have any issues like lesser speed or stability issues over your internet if you are using a WiFi router.

However, if you still want to do the things in an old-fashioned way you can connect a DSL cable to a modem and use an ethernet cable to the output port of your modem and have it connected with your PC without requiring a WiFi router. You can connect to the internet this way. 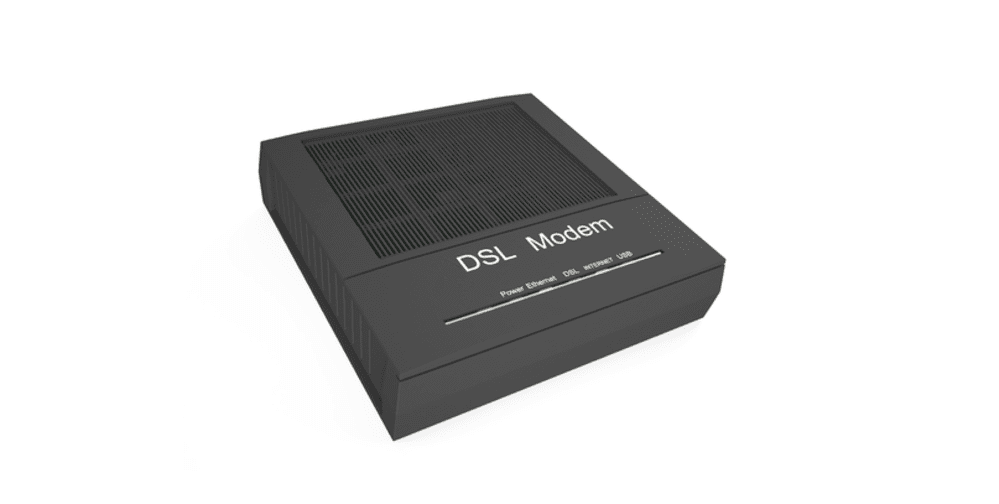