The folks who bring you Google Fiber, Google Chrome, Google Glass and many other tech innovations have come up with Project Fi. Unveiled in April 2015, it’s the first serious go at unifying the world’s wireless networks — and service at a more reasonable price than we’ve come to expect and loathe from those behemoth bogeyman wireless carriers. While hardcore Android users are likely aware of Project Fi, for the most part the service has flown under the radar of most mobile device users. If Google can expand Fi beyond the devices listed below, look for it to come into much wider use. 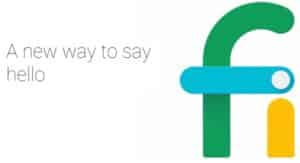 As of October 2016, Fi is verified to work with just these devices:

With Project Fi, Google has joined the ranks of Mobile Virtual Network Operators (MVNOs), wireless carriers that “piggyback” on the wireless network infrastructures of MNOs. According to Olga Kharif of Bloomberg Businessweek, as of early 2016 300 MVNOs do business in the United States, leasing network capacity from the Big 4 (Verizon, AT&T, Sprint and T-Mobile) MNO carriers. Other examples of MVNOs are TracFone, Consumer Cellular, Republic Wireless and Ultra Mobile. MVNOs provides wireless service to 36 million accounts or 10% of all U.S. wireless subscriptions.

Since MVNOs rely on others’ networks, their focus is not on infrastructure innovations but rather on marketing and customer service. The Big 4 carriers are bottom dwellers when it comes to customer satisfaction as measured by Consumer Reports industry rankings. Meanwhile, Republic Wireless and Consumer Cellular score at the top of the same metric. Project Fi’s competition isn’t so much the Big 4 — it’s the mobile devices and services of MVNOs like TracFone, Straight Talk and PureTalk USA which fill the shelves of major retailers

Although Google has an iconic brand identity, in order to score with consumers Project Fi must combine a value-added, cost-effective product relying on Google’s brand recognition for innovation.. With 50 to 60 more MVNOs forecast to enter the U.S. market in 2016, Fi will find it even harder to distinguish itself from the herd of wireless carriers.

Below is a video from an independent user evaluating Project Fi:

Project Fi offers wireless service culled from the LTE networks of Sprint, T-Mobile, U.S. Cellular and Three (a provider doing business in Europe, Australia, New Zealand and Hong Kong), with monthly prepaid and group plans. The ‘Fi Basics’ is a flat-fee based plan starting at $20 per month for unlimited voice and text. Each additional GB of data costs $10. However, should an account not use its monthly allotment of data, a credit of $10 per GB/$0.01 per MB is made to the following month’s bill. Extra data is charged at the same rate. Note that Project Fi usage plans are pre-paid; many of the wireless service plans offered by the big 4 MNOs bill customers for data usage after the fact. No contract is required.

Project Fi-enabled devices require a proprietary SIM card — the key to compatibility with multiple cellular networks — which is delivered via USPS. Installation and setup is quick and easy; the user can then access the Fi network almost immediately. Of course Project Fi-enabled devices can utilize Wi-Fi, as do virtually all the latest generation of wireless mobile devices, and the advantage of being able to pick and choose between the strongest signals from various networks means the device offers the user the best connectivity available at any given moment. However, it should be mentioned that in the United States, the networks on which Project Fi piggybacks have spottier coverage compared to Verizon or AT&T. Transitions between cellular networks and Wi-Fi are seamless. A screen icon appears in the status bar of the device to inform the user when using Wi-Fi.

Knowledgeable tech readers are probably wondering if Fi offers any innovative breakthroughs compared to the products and services provided by other carriers. After all, seamlessly switching back and forth between cellular and Wi-Fi is now old hat and some MVNOs tap all four major carriers for their cellular service. How about built-in Virtual Private Network (VPN) capability? Yes, Project Fi employs what is called a ‘Wi-Fi Assistant‘ in conjunction with a Google VPN. When the Fi device is connected to the Internet via Wi-Fi assistant, the notifications bar displays the VPN key and the Wi-Fi connection reads “Connected via Wi-Fi assistant.” Be aware, however, that Wi-Fi assistant will not connect to a nearby open network if the user has already connected manually or to networks requiring the user to register or sign in.

Too, Project Fi lifts many features from Google Voice such as forwarding calls to your Fi number on to other phones and allowing calls and text from other devices with the Google Hangouts app. Fi subscribers also have the option of obtaining data-only SIM cards which are linked to existing accounts. Simply insert the SIM card into any SIM-supporting device, then go online using the same regular data rate of the member’s existing plan without hassle or added fees.

Should you decide to go abroad, Project Fi offers high speed data in over 135 countries for the same $10/GB charged in the U.S. Cell calls cost $0.20 per minute and costs for calls made over Wi-Fi vary based on country from where you call and only outbound calls are charged. No, really. Anyone who’s traveled with a cell phone knows the hassle (and the exorbitant cost) of using their mobile device abroad. Even in almost any country not part of the 135+ countries Fi supports, users can call and text over Wi-Fi.

Project Fi permits as many as six members to participate in its group plan. With the Project Fi app, members can readily check their personal data usage while IT managers (or a parent) can monitor each member’s usage. Both managers and members can set notifications for milestone data usage. Managers can establish data safeguards with allowances and internal throttling should a member surpass a pre-established threshold. Another handy feature shows data usage analysis via the app.

The above video from Zollotech mentions that only those households with one or at most two users can take full advantage of the economy Project Fi offers. Families with four or five users on an existing service plan probably won’t realize any cost savings with Fi compared to their current provider.

One final thought: Nexus phones are now unlocked. Should you decide to leave Project Fi, you then may use your device with any carrier you choose.