Many people wonder why they need plex scanners when they can simply create a library and store all of their media data in one location. The thing is, plex scanners are extremely useful for locating your media files and providing rich metadata about the media such as descriptions, author’s name, summary, and so on.

It is a very useful feature because it saves you a lot of time and effort in organizing your media files. Many users, however, are unable to tell the difference between a Plex Movie Scanner and a video scanner. As a result, we will compare them in this article.

If you want to have a thorough understanding of the Plex Movie Scanners and what they primarily do, you must first understand metadata agents or agents in plex. The agents obtain relevant information from a scanner; for example, your agents may obtain information from a movie scanner. In this case, an agent will recognize the type of scanner and the genre of the content with which the scanner deals and combine to bring rich metadata for the media file from online or local sources such as cover art, review, summary, cast review and so on

Plex has updated its Plex Movie Scanner (legacy) to a plex movie with a plex movie agent that includes new and improved features over the previous version. To get down to business, what exactly do plex scanners do? In general, they can assist you in updating your libraries to bring fresh metadata corresponding to the media file by extracting or recognizing the movie content in a filename and organizing your data. One of the most important factors that contribute to the efficient operation of the movie scanner is the proper naming of the media file. Having said that, while plex has managed to incorporate different ways of naming a file, it is best to use the traditional system for your scanner to scan the file.

By default, Plex Movie Scanners do not include embedded metadata. This means you can prioritize and upgrade your files using online data rather than the local metadata that comes with the media file. Moreover, if you have multiple items in your library, you can also adjust how many collections you want for your library by using the movie scanner. You can also add posters and art for these collections to make your library look more put up and managed

Talking about the plex video file scanner, it is somewhat similar to the movie scanner that we have discussed above. Since the working of the video scanner is like the movie scanner it is to be mentioned that this scanner doesn’t work as smart as the movie scanner. Having said that, a video file scanner cannot extract metadata from online sources, so you will be unable to enrich your library with art and posters. Furthermore, the metadata included in this scanner is entirely dependent on the media file’s local metadata. Here isn’t much you can do to customize your libraries.

The naming conventions provided by the video files scanner give you leverage over the movie scanner. Because the movie scanner has a strict structure for naming your files, the video scanner is designed to match more and more content. Furthermore, video file scanners cannot stack the content. As a result, you cannot combine multiple versions of the same media, which is why most users prefer the Plex Movie Scanner over the video scanner due to its limitations.

The Final Verdict – Which Is Better?

It is clear from the preceding discussion which scanner will work best for a user to organize and personalize their plex libraries. Even though the movie scanner can be quite frustrating at times when it comes to matching the content, the video scanner comes nowhere close to the features offered by Plex Movie Scanner. So, the more the merrier. Most scanner users would rather compromise on one feature than multiple features. As a result, the Plex Movie Scanner wins the wager. 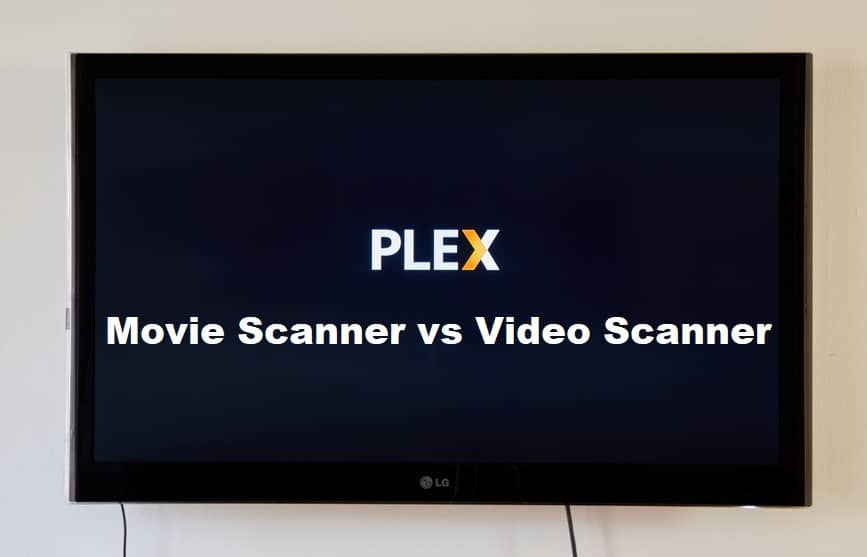