High speed broadband wireless Internet is becoming more widely available in many different parts of the globe and is delivered in a wider variety of different types of connections.  For people who are in the market for a smartphone or trying to decide on the best type of Internet access, the wide availability of choices can make your decision rather confusing.

The most popular types of Internet access connections these days are WiFi, 3G (third generation wireless), and 4G (fourth generation wireless).  WiFi connectivity is available in many different areas including your home, in public venues, transportation hubs, retail establishments, educational institutions, and just about any other location where you are out in public.

4G Internet is the most recent form of Internet access and is available through most cellular carriers however, due to its recent introduction to the mobile environment it is not yet widely available in all areas of the globe.

Now that you have a general overview of WiFi, 3G, and 4G Internet access technologies let’s delve a little deeper into the difference between WiFi, 3G, and 4G as well as the purposes each type of connection serves to help you stay connected in an increasingly mobile world.

WiFi technology provides wireless Internet access via the use of radio waves which transmit a signal to a wireless enabled device.  The radio waves operate on a frequency of 2.4 GHz and operate on a standard which is set forth by the IEEE which is the Institute of Electrical and Electronics Engineers.  The standard is known as the 802.11 and offers a number of different levels of bandwidth usage symbolized by a letter.

The different levels include 802.11a, 802.11b, 802.11g, and most recently, 802.11n.  The letter refers to the amount of bandwidth capability which determines the performance of the wireless connection.  Under development is also the 802.11ae standard which is a WiFi connection currently being developed to accommodate new and innovative technologies which are about to be introduced to the mobile environment.

WiFi is the nickname for a wireless Internet connection and is accessed by devices which are equipped with a wireless network card that communicates with the wireless router.  You can access this type of connection from up to one hundred feet away and the performance of the connection can vary according to the 802.11 standard being used and the number of devices connecting to the router simultaneously.

Currently WiFi is used just about anywhere and provides a high speed broadband Internet connection.  A WiFi connection is offers efficiency when using the latest applications however the connection is typically slower than 3G or 4G.

3G Internet access and stands for Third Generation wireless technology.  It is called third generation because it follows two previous generations known as 1G which was initiated in the early 1980s for use with cellular technology and 2G which was established in the 1990s for cellular communications technology.  Both of types of Internet access would not support current applications however they were considered to be efficient for their time.

3G connectivity offers improved efficiency which operates at greater speed than 1G or 2G and also provides more broadband capability than WiFi.  3G was initiated as part of the 3GPP which is known as the Third Generation Partnership Project which was first established in the late 1990s for the purpose of deploying 3G networks.  The implementation of 3GPP marked the beginning of Evolution Data Optimized or EVDO which increases download speeds of up to 2.4Mbps and UMB or Ultra Mobile Broadband which is capable of speeds of up to 288Mbps (megabytes per second) when downloading data to your mobile device.

4G which is commonly referred to as Fourth Generation wireless technology is the most recent form of mobile broadband Internet access.  It offers higher capabilities than 3G connectivity since it offers a higher rate of data transfer.  4G is typically offered via an LTE network or Long Term Evolution network and via a WiMAX network.  LTE is capable of offering speeds of up to 100Mbps where a WiMAX network offers speeds of up to 70Mbps.

Since 4G follows 3G technology you can consider it as an upgraded connection which is capable of more bandwidth and more services.  This means that it can accommodate the latest applications which are bandwidth-intensive without sacrificing performance.  With 4G you can stream high definition video, engage in videoconferencing at much higher data transfer rates, and utilize other applications which enable ubiquitous computing, meaning you can access virtually any bandwidth-intensive application from any location which has access to a 4G connection.

4G offers more capability due to the fact that it is an end-to-end connection which provides some real advantages when it comes to running the most recent applications.  On one hand, it enhances the quality of voice communications by converting voice to data faster than with a 3G connection.  Since 4G is strictly a data connection the voice quality would otherwise be compromised with a lower type of connection since it is not data driven.  LTE and WiMAX quickly convert voice to data which results in better clarity and connection quality.

4G is available through your wireless cellular carrier but because it is so recent it may not be available in the area where you live.  The upside is that the establishment of 4G is a step forward for new innovations and applications which accommodate an environment that is becoming increasingly mobile, thanks to new types of broadband connectivity.

You also want to stay tuned for 802.11ae which is an up and coming mobile broadband connection which will offer amazing capability that goes a step beyond 4G connectivity. 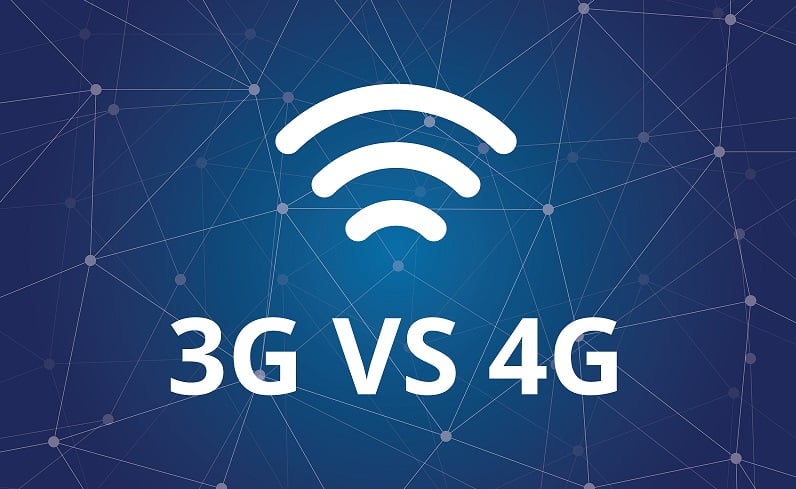