How big are the expectations of millimeter wave (MMW) 5G technology? In November 2016 Verizon’s CEO Lowell McAdam, appearing at the Intel Capital Global Summit in San Diego, proclaimed MMW 5G technology to be “wireless fiber.” As outlaw Ned Pepper told Rooster Cogburn in the movie True Grit, “I call that bold talk for a one-eyed fat man.” It must be said that Mr. McAdam is far from obese (or even overweight) and to judge from his public appearances he even eschews the use of eyeglasses. But despite Big Red’s enthusiasm for MMW, the technology at this point in time appears to have a steep development curve ahead if McAdam’s words are to become reality.

Qualcomm has bought into MMW 5G in a big way, but even they cite the dependence upon legacy technologies to bolster MMW applications.

What NYU Wireless Did on Their Summer Vacation

It must be acknowledged that recent developments have given those who champion MMW 5G some cause for optimism. For example, this past August on two consecutive clear days (emphasis added) students from NYU Wireless (a research center at New York University) found that they could receive MMW signals at distances as far as 6.71 miles (10.8 km) from a transmitter broadcasting in rural southwestern Virginia — even if hills or foliage blocked the line of sight. The 73 GHz signal was transmitted at less than 1 watt of power.

The 73 GHz frequency band cited is of course much higher than the spectrum used for cellular networks in the US (typically between 800 MHz – 2.6 GHz) and Wi-Fi (2.4 GHz and 5 GHz). Frequency bandwidths in this range are classified as the upper end of the Ultra High Frequency (UHF) spectrum — between 300 and 3000 MHz — and the lower end of the Super High Frequency (SHF) spectrum —  between 3 GHz (3000 MHz) and 30 GHz. The 73 GHz signal tested by the NYU Wireless doctoral candidates is considered part of the Extreme High Frequency (EHF) spectrum. See the chart below; “m” (as in “30 m” or “30 cm”) measures wavelength.

What is considered the range of wavelengths of MMWs is generally accepted as between 30 GHz and 300 GHz (EHF)  but only part of this spectrum is reserved for data transmission — specifically 38.6 GHz to 40 GHz and 59 GHz to 64 GHz — commonly called the “60 GHz Frequency.” Note that the portion shown below is only a small part of the total radio spectrum, which includes infrared, visible light, ultraviolet and X-ray wavelengths.

A Portion of the Frequency Spectrum

When digesting the above information, remember to keep a few undisputed facts in mind. Lower frequency radio wavelengths propagate (that is, transmit) farther than higher frequency ones. SHF  spectrum too is capable of transmitting large amounts of data. Thus it is used for fixed wireless links between telco exchanges, in satellite communications and satellite broadcasting as well as cellular and Wi-Fi applications. Also, atmospheric conditions, both near-earth and beyond, affect the properties of radio waves in many sundry ways.

Most everyone knows that the ionosphere, a portion of the earth’s atmosphere located between 37 miles (60 km) and 600+ miles (1000 km) above the earth’s surface, induces radio wave propagation over great distances from the transmission source. It’s why listeners in the upper Great Plains or in Guatemala after sunset can tune in San Antonio’s “50,000 Watt Blowtorch of South Texas” WOAI-AM, a Class A radio station as designated by the Federal Communications Commission (FCC).

One very inconvenient radio wave propagation fact affecting EHF MMWs is that they are greatly susceptible to everyday atmospheric conditions such as rain, fog, mist, air density (including wind and directional currents) and even humidity. Water vapor and/or air density may negatively impact radio wave propagation as well as cause signal reflection and/or refraction where air parcels of different densities meet. This may induce harmonic interference, which increases signal noise and reduces bandwidth and transmission distance. Perhaps you’ve heard that some types of radar don’t work so well in rainstorms. Also, despite the research conducted by NYW Wireless, MMWs are known to be to have line-of-sight issues.

And therein lies the fly in the ointment with MMW 5G. As technology currently stands, its commercial application would be limited to desert metro areas such as Phoenix, Las Vegas or Reno. It’s too unreliable for a metropolis like San Francisco, susceptible to dense fogs rolling in from the bay. Or a rainy city like Seattle, where a light drizzle may fall for days on end and is either cloudy or partly cloudy 80% of the year.

As electrical and computer engineering professor Gabriel Rebeiz of UC San Diego points out, the NYU students conducted their research on calm, clear days in the depths of summer dog days. Rebeiz, also a wireless researcher, adds: “Rain at 73 GHz has significant, unbelievable attenuation properties. At these distances, the second it starts raining — I mean, misting, if it just mists — you lose your signal.” While Rebeiz allows that MMW will “ultimately” be deployed in cities, he brusquely dismisses rural applications. Even NYU Wireless student George MacCartney, Jr pushes out commercial MMW service for rural areas to 5 or 10 years “once the technology has matured.”

Another limitation of MMW carrier frequencies: they can’t penetrate into buildings or through walls. Thus, “deep indoors” locations would appear to be precluded from MMW applications.

“Technology is a word that describes something that doesn’t work yet.”

From here, given the service requirements of business users, even urban deployment of MMW 5G seems a pipe dream unless vast improvements are made in EHF wave propagation technology.

To illustrate, let’s revisit our recent article on fixed wireless provider Windstream and the issue of service level agreements (SLAs). An SLA is a contract between a provider and a customer guaranteeing service metrics such as reliability, pre-determining penalties for not meeting service obligations (e.g., refunds or credits), monitoring of service level performance including data and customer access to performance results, network trouble reporting protocols and perhaps most importantly, contractual escape clauses or restraints should performance not meet expectations or requirements.

One needs little imagination to consider the intensity of contractual negotiations between a service provider and customer given the performance questions of current MMW technology. Windstream uses WiMAX to serve its urban markets and, as Windstream exec J. P. Gonzalez says, “This specific technology’s range will depend on the rain curves (i.e., rainfall intensity-duration-frequency) in any given city and be between .75 miles and 2 miles.” Windstream’s WiMAX licensed spectrum falls between 28 GHz and 39 GHz, the very low end of EHF that MMW 5G proposes to use. But Windstream’s WiMAX promises to deliver speeds of up to 275 Mbps, well below the likely benchmark of 1 Gig 5G proponents demand. However, 1 Gig speed would seem to be a touchstone MMW can’t meet under real-world conditions.

It should be noted that 5G standards have yet to be finalized, a decision that likely won’t be made until the year 2020. But the implications are obvious. While estimates currently place the number of cell towers in the US at 300,000, a far greater number will be needed for MMW 5G. In fact, multiple MMW 5G cell sites would be needed to serve large buildings, given line-of-sight issues associated with MMW. Property owner participation in MMW 5G would have to be nearly universal for the technology to meet proposed standards. No problems there, right? Would widespread eminent domain be needed to coerce property owners into cooperation?

Remember that proposed 5G benchmarks include connection speeds of 1 Gig or greater, much shorter latency and even virtually “infinite” user capacity. Can MMW 5G meet these requirements while reliably performing in a variety of atmospheric conditions? According to Rebeiz and others, no.

As Ned Pepper might say, “Too thin, Rooster, too thin!” 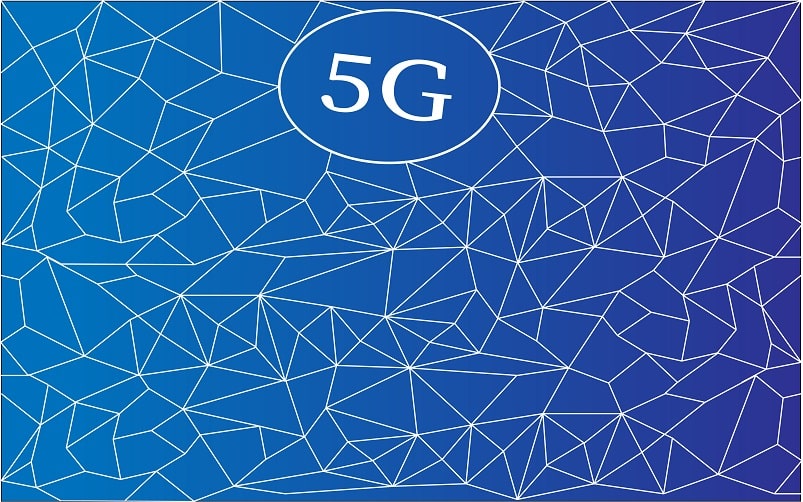