The iPhone is perhaps the most desirable phone on the market at any given time. On release days, hordes of customers always swamp their local phone stores to try and get theirs first. It’s actually quite remarkable.

And no matter what side of the ongoing iPhone vs. Android debate you find yourself on, I think we can all appreciate and understand their desirability. For us, the key point is the reliability and user-friendliness of the operating system.

Of course, there’s always the premium features that it sports attracting ever more new customers too. However, they can be hard to use if you are just switching over from Android. Some things that you’ll think will be the same just aren’t.

That’s why we’ve seen a lot of people struggle with a variety of different elements – for example, knowing what Wi-Fi band on your router you are connected to. So, if you’re having issues with that right now, this is the info you’ll need to set things straight.

Is My iPhone Connected 2.4 Or 5GHz WiFi Band?

Though this may seem strange, there are quite a few of the iPhone’s features that simply won’t allow you to access what some would consider to be key information. The reasons Apple have given for this ‘closed system’ is that they have done so to bolster the overall security aspect of the phone.

Effectively, they are not allowing you to root around too much so that your data doesn’t become vulnerable in any way. For them, privacy trumps accessibility and customisation.

So, the story goes that you ill not be able to root around on the phone itself to determine whether you are connected to the 2.4 or 5GHz band. However, this does not mean that finding out is impossible. It’s just a little bit more complicated than you may have expected. So, if you still want to know, here’s what you need to do.

How to figure it out by gauging signal strength

For us, the quickest way to figure it out is by doing a little test of the signal strength. Both bands work in entirely different ways, so we can effectively rule one out by following this simple trick.

For those that may not have known, the key difference between the two bands is that the 2.4GHz signal is more powerful and can reach over a longer distance.

The trick then is to start by testing your signal strength when standing near the router. Then, gradually move away from it, testing the strength of your Wi-Fi signal as you make your retreat. As you go, see which of the SSIDs is giving you a stronger signal.

Without fail, the one that is showing as stronger than the other will be the 2.4 GHz Wi-Fi. Of course, if the signal just disappears entirely after you’ve walked a short distance, you can be pretty sure that means it was the 5GHz band.

Rarely are there exceptions to this. It can happen that the 2.4GHz signal will face interference by some other device as you walk away, causing it to weaken. But that’s really about it.

If the results of the above test left you in doubt (it does happen occasionally), the next thing to try is a simple speed test. For this, all you need to do is connect to each of the SSIDs one by one. While connected to either one, just run a speed test via one of the many free websites out there.

The quicker one of the two is more than likely to be the 5GHz frequency. Again, this is a bit like guesswork – but the guesses are on the educated side of things! Things like differences between traffic on the network are the only real factors that can sway the results.

Look up the SSID

One of the best things about modern routers is they allow you to customise your connection in all sorts of ways. One such way is that you can change the name of your SSIDs. This way, by naming them something clear in meaning, you will better be able to know which you are connected to. 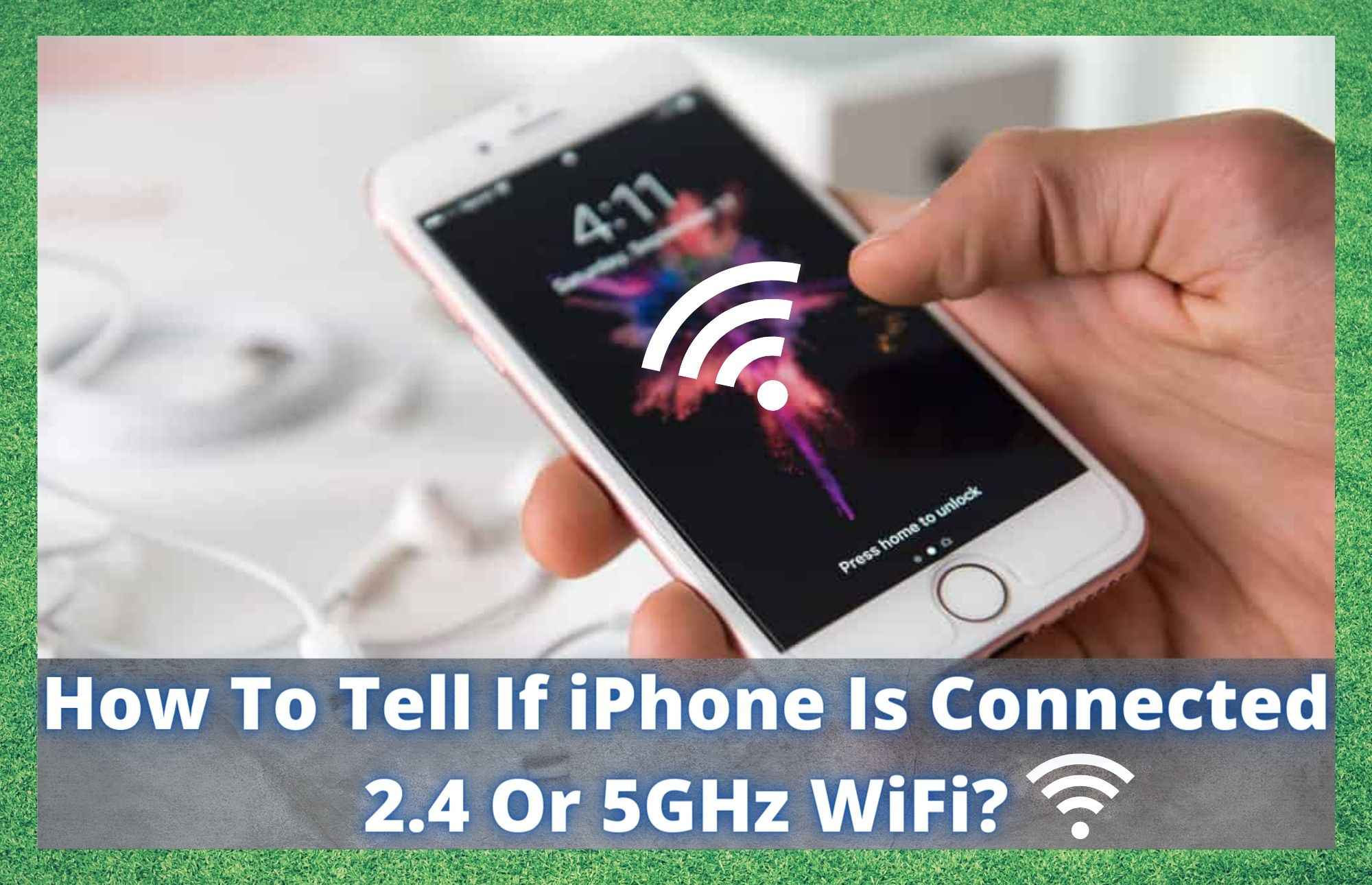