Internet users are always looking for ways to somehow speed up their internet connection without having to opt for higher speed packages which are more expensive.

Network bridging is often something users mistake as a tool for speeding up their internet connection. Why am I saying MISTAKE? I’ll tell you why.

Because bridging two internet connections, in no way increases the speed. In this article, we’ll look at some logical explanations of why network bridging is not the solution to slow internet speeds.

Many users have asked us if they can bridge two or more internet connections to obtain higher speeds. Well, direct bridging will not provide the desired outcome.

It would require some major changes in the process to achieve that. Keep reading to find out more about those.

What Is Network Bridging?

A network bridge is supposed to be a computer networking device that creates a single aggregate network from various other communication network segments.

This process by which a computer bridges with another network segment is known as network bridging. Remember that bridging is very different from routing.

Not really. Here’s why:

For example, if you are heavy gaming with a connection to the server (let’s suppose server A) over a router connection (let’s suppose router A), then you wouldn’t be able to increase your internet speeds while using router B to server A.

Your main server wouldn’t be able to understand what you are trying to achieve as your main internet connection would be running through router A, server A, and their IP addresses.

The above-mentioned practical example shows why no direct connection/bridging would ever speed up your connection.

However, there are few ways that you can increase your internet speeds: multiple and independent connections. For example like a peer-to-peer connection that doesn’t use the main server is one way to increase internet speeds.

Are There Any Benefits To Use Network Bridging?

Just because there network bridging is no use in speeding up your connection, that doesn’t mean the feature is completely useless. In fact, there is not a single computer feature that has no purpose at all.

It is quite impossible for the bridging to increase your internet connection speeds as a by-product of it being used for its actual purpose if, for example, you are using many LAN/WAN connections at a time.

Thus, increasing speeds is not the primary function of network bridging. 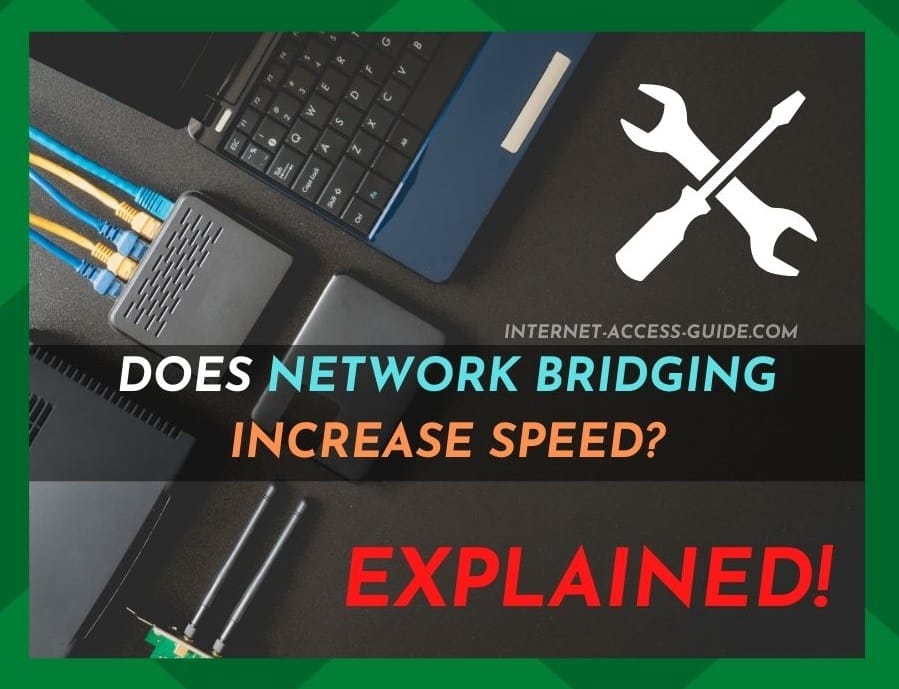