The question that worries us every time we connect to the internet and use VPN is that can VPN steal passwords? The answer to this question is probably not. When we use secure HTTPS connections VPN cannot steal passwords as it can’t see our password. Certain aspects require our attention however, to keep our experience safe:

If you find a free VPN there could probably be a catch. It may appear good to you but it could be a designed trap. Some free VPNs are only built for one purpose and that is to the only scam and steal passwords and important information including passwords for banking sites and email sites connected to social media.

We unknowingly give the VPN permission to access and steal our information as most of them require increased privileges to get installed. This increased level of power provides the VPN to access and infect our system. These privileges not only install the administrative type VPN but also the infected software along with it, especially in window-based systems.

A reputable VPN minimizes the chance of your data being stolen. They ensure a secure connection without your important information hacked. A good level of encryption is very important because weaker encryption leads to easy access to your computer information for hackers.

It is however hard to confirm if your encryption is strong or not. A reputable VPN provides its users confidence in their data being secured and makes sure that all communications are being encrypted at all times.

Most VPN providers give web browser plug-ins for all types of browsers whether Google’s Chrome or Mozilla’s Firefox. These VPN plug-ins once installed can transfer your browsing data through your VPN connection.

When they enter these web pages the hackers can easily hack their data.  They might think that they are entering the original site but they end up entering the fake websites. They do it with so many clean steps that they can even make security-conscious people fools.

VPN can take advantage of users connecting to insecure connections and steal their passwords, so it is important to connect to websites using secure connections. When you connect to HTTP instead of secure HTTPS at the start of the website you are connecting to, this will provide all the confidential information entered into the websites be directed towards the hackers thus leaking all the important password information to them without much effort.

These encrypted passwords can easily be captured by certain sniffing tools and can be used to break into banking sites. Weaker communication channels are also one of the reasons why passwords get stolen. To avoid all of this, the website and web browser needs to have a strong level of encryption between them. The icon that shows that the encryption is strong is the padlock icon.

The hackers can easily set up and trick users to connect to their fake Wi-Fi hotspots. Once connected, the hackers can easily install their rogue software. These are malware just to hack important passwords. Even with VPN connections, the hotspot can steal passwords. They do so by infecting the keylogging functionality that steals important information like banking site passwords. Someone at Starbucks might find Starbucks Coffee Wifi but it can also be a trap.

The hackers can use a similar name just for their trick to work. These fake Wi-Fi names might appear first on the list due to certain alphabetically arranged names, just to make it look authentic for the users to connect. Another trick that the hackers use is to provide a stronger Wi-Fi connection. As most of the devices automatically connect to the stronger connection available, this also provides an opportunity for hackers to hack the required information.

The hackers also use the SSL stripping technique, by sitting in the middle of the connection the hacker can easily steal passwords entered in the insecure sites.

Installation of certain configurations can affect the direction of the traffic including DNS service. The DNS service converts the website address into a four-octet number, this number allows the communication to travel and direct accordingly.

The question, whether VPN can or can’t steal passwords depends on your experience and circumstances. There are certain traps set by the hackers which can be avoided by information shared above.

All these points should be kept in mind before connecting and using a VPN as any carelessness can cause a disaster itself by making your connection vulnerable and leak your important information to the hackers. Special care should be taken in case of banking websites as the main motive of the hackers is to steal their passwords. 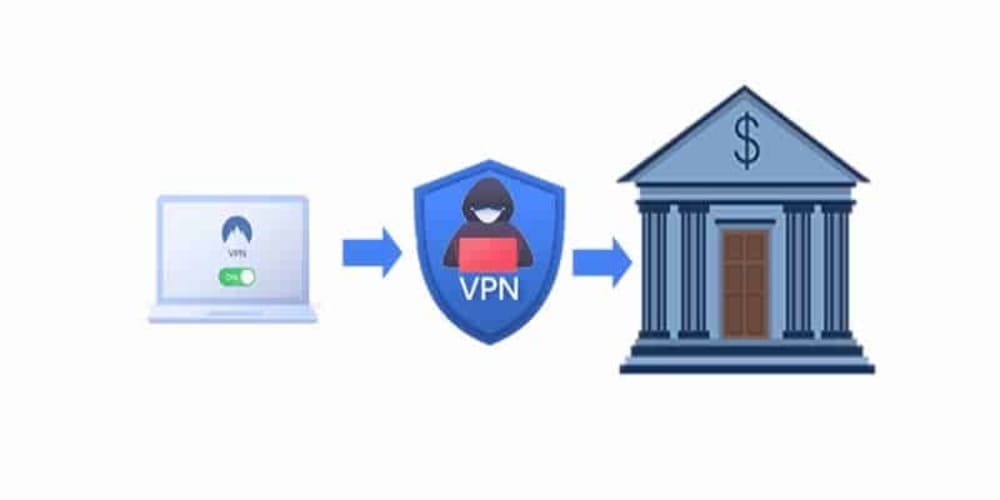