Virtual Private Networks shortly called VPN servers play a very important role in terms of data privacy and online security. Where you may think that your Internet connection at home is soundly all set up and working or the network security at your workplace is very promising, you cannot be actually sure. There is no way you can prove it. Furthermore, if you’re using an open Internet connection such as the public Wi-Fi service at your local coffee shop or your favorite bookstore, the chances of your data information being at risk increase exponentially. Most of you must be feeling safe because you have a VPN server installed on your device. Well, it is undoubtedly a good initial step towards protecting your data and keeping it secure. But can you prove VPN’s loyalty? Do you know why VPN is not 100% secure from eavesdropping?

The technology is advancing with each passing day in both, the good as well as in scary ways. Some services that you consider safe can actually put your data at greater risk.

Why VPN Is Not 100% Secure From Eavesdropping

It may sound a little surprising but the VPN you are using currently might not be as secure as you think. Using VPN servers comes with its very own security and trust issues. Knowing that your confidential data information such as bank details or account passwords are as private as you think is obviously important. Considering that you’re using a VPN setup, does not always mean that the nature of your Internet connection is 100% safe and secure.

To learn why your VPN is not 100% secure, let’s consider the three commonly used broad methods that the Hackers, Spies, and other malicious Corporations use to gain access to your personal data information. These include:

Why Eaves-dropping is a Major Threat?

A cybercrime, called eavesdropping, involves hacking all the sensitive data files that are being sent to the Internet servers while using their services. Whether the thief is a hacker or any third-party server, such an attack to steal personal information being transmitted over the wireless network is harmful to the people involved.

Eavesdropping is also referred to as sniffing or snooping the data information. Usually, the unprotected connection servers such as public places offering free Wi-Fi, are the golden chances for hackers to get what they want.

It is even more difficult to detect any such eaves-dropping attacks because no change or alterations take place in the network connection when the data information is stolen. It is as if the network conditions are simply not affected there is absolutely no reason to suspect anyone or anything.

Why VPNs Are Not As Good As They Look?

VPNs do provide security in some ways but they are definitely pretty irritating when it comes to the huge size of the app and software. The space occupied by the software makes it impossible to ignore the symbol of insufficient memory continuously blinking at the top.

Moreover, it also affects the Internet speed and the device starts to hang often at the most unfortunate moments. Sometimes, the VPN services simply refuse to work and load the desired webpage either because the VPN software is crashing repeatedly or the requested server is able to detect that you’re using some VPN. So, they force your VPN services shut whenever you try to establish a connection. This obviously defeats the purpose of using the VPN server in the first place.

Besides these irritating disadvantages, VPN servers are not as secure as one might think. Sure they offer a level of protection and a range of security perks but the bitter truth is that most of them are fake and fail to achieve their basic and only goal of providing a private secure connection to the Internet services.

The VPN providers are usually big on promising anonymity and transparency but it should be noted that complete anonymity is nothing but a myth. The fact that there is no absolute way of verifying if your doubt is just doubts or actual threats, makes it ten times more complicated. It is already terrifying when it comes to trusting a third-party server but this just makes it harder. What do you prefer anonymity or transparency? Finding a trusted VPN can be similarly stressful as thinking about your data being there in the open.

The privacy policies dully described at the website or app info page never include information about logging of user’s sensitive data or the details of affiliated cloud servers. Obviously it is not easy to provide so many enticing services in a single software without using a little helping hand of rented cloud servers.

Most situations include the information about your IP addresses, your OS details, your username, and passwords in addition to the usage times of the services. All such data information is collected by the logging system of either the own servers of VPN or the rented cloud servers. Funny how this much data transfer is needed for keeping it private and secure.

The majority of the VPN brands rent different third-party cloud servers, which without a doubt needs to collect use’s logs to run their services. The VPN providers might not be the ones collecting logs but the cloud servers whose services they use definitely keep the logging details.

If you’ve been wondering why VPN is not 100% secure from eavesdropping, this article might be the answer to your question. Whether you are using a VPN to access a blocked site or avoiding any potential eaves-dropping and hack attacks, you cannot ignore the fact that no VPN is as safe as you believe it to be. However, your research and learning skills might be able to get you a better level of security that you’re looking for. 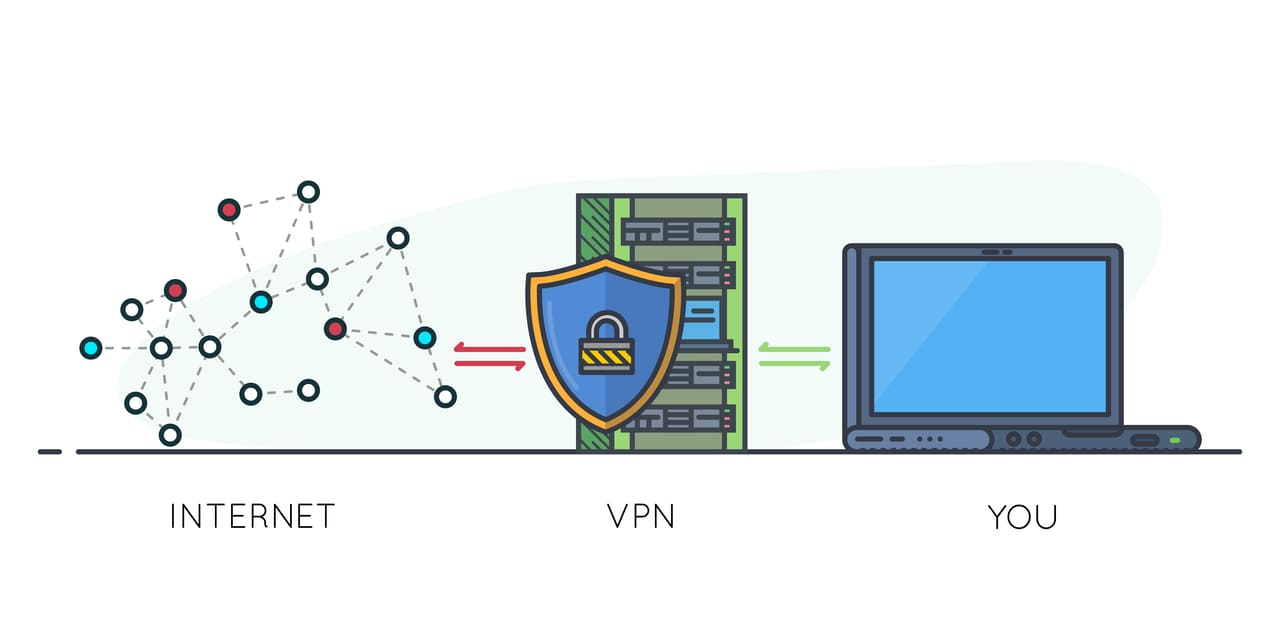