Though there are a lot more streaming devices out there now than there was a mere couple of years ago, few stand out as much as the Amazon range. In fact, when it comes to luxuries such as streaming games, music, series, and films on your television, we reckon that that the Amazon Fire TV kind of just dominates in its class.

In addition to that, you get a certain peace of mind ordering such a high tech device from such a household name. As such, you can relatively confident that it is going to be pretty reliable and of a certain quality build. And, it delivers on these fronts.

It is no real mystery then that Amazon have managed to secure a huge share of the market. It is simple stuff – if you produce top of the range equipment and services and sell them at a reasonable price, customers are always going to flock in.

So, as a result, there are millions of you out there using the Amazon Firestick by simply plugging it into one of the HDMI ports on your TV. Then, the magic happens. Your normal TV set is automatically transformed into a smart TV set. Well, that’s what supposed to happen, at least.

Unfortunately, it does seem that there are more than a few of you out there at the moment reporting that you are having difficulty trying to get their Firesticks to work as they should. And, of the issues that are cropping up, there seems to be one that is far more common than the others.

Of course, we are talking about the mysterious flashing blue light on the Firestick remote. Now, many of you out there have made the natural assumption that this light somehow relates to the battery level, only to notice that it persists after you put in new ones.

This is because the problem is nothing to do with power supply. Instead, it is trying to let you know that there is something wrong with the device’s settings. So, without further ado, let’s get right into how to fix it!

How to Stop the Blue Light On Firestick Remote

Below, you’ll find all the info you need to get the problem fixed within a few short minutes.

Admittedly, this trick will sound a bit odd to most of you. But, it does work in quite a few cases, so don’t dismiss it until you have tried it! All you need to do for this trick is simply press the Alexa button and then don’t say a word for at least 5 seconds. Literally, just give her the silent treatment.

When that time has elapsed, just hit the “back” button. If you are one of the few that this works for, you should notice that the light has stopped flashing. However, there is a cautionary tale here that we are obliged to let you know about.

So, it may be worth bookmarking this page, just in case. Some users are reporting that, although the trick works, the effects can turn out to be temporary. If the problem has returned in the next few days, you will need to continue on with this troubleshooting guide.

So, if you have made it to this step, you are one of the unlucky few. Not to worry, this step is still painfully simple and pretty effective.

The light still flashing will mean that the remote is still having a bit of trouble figuring out the right settings to make everything work as it should. Either that, or it is simply struggling a little to actually connect up to your Firestick. In either case, the remedy is the same.

If this doesn’t work the first time around, it is possible to up the ante a little without putting in too much extra work. Next time, when you are unplugging the Firestick, try taking the batteries out of the remote for a few minutes too. In quite a few cases, this is what people are saying really worked for them.

Okay, so if the above fixes haven’t worked for you, you can consider yourself a little unfortunate. But, all hope is not lost. In rare cases, the flashing blue light problem can actually be caused by paining issues between the device and the remote itself.

So, what we are going to do here is try to pair them again to resolve the issue. To do this, you will need to hit the “home” button and hold it down for roughly 5 seconds. After this, you will notice that the blue light will blink in a different than usual pattern for a few repetitions.

If this has been a success, the next thing that you will see is a message pop up on your screen telling you that the device and remote are now paired.

However, this is not necessarily how it works in every single case. So, if there isn’t a message on your screen, don’t worry. For some of you, the only indication that it has worked will be that your blue light will flash differently than normal for a short time – just three blinks. 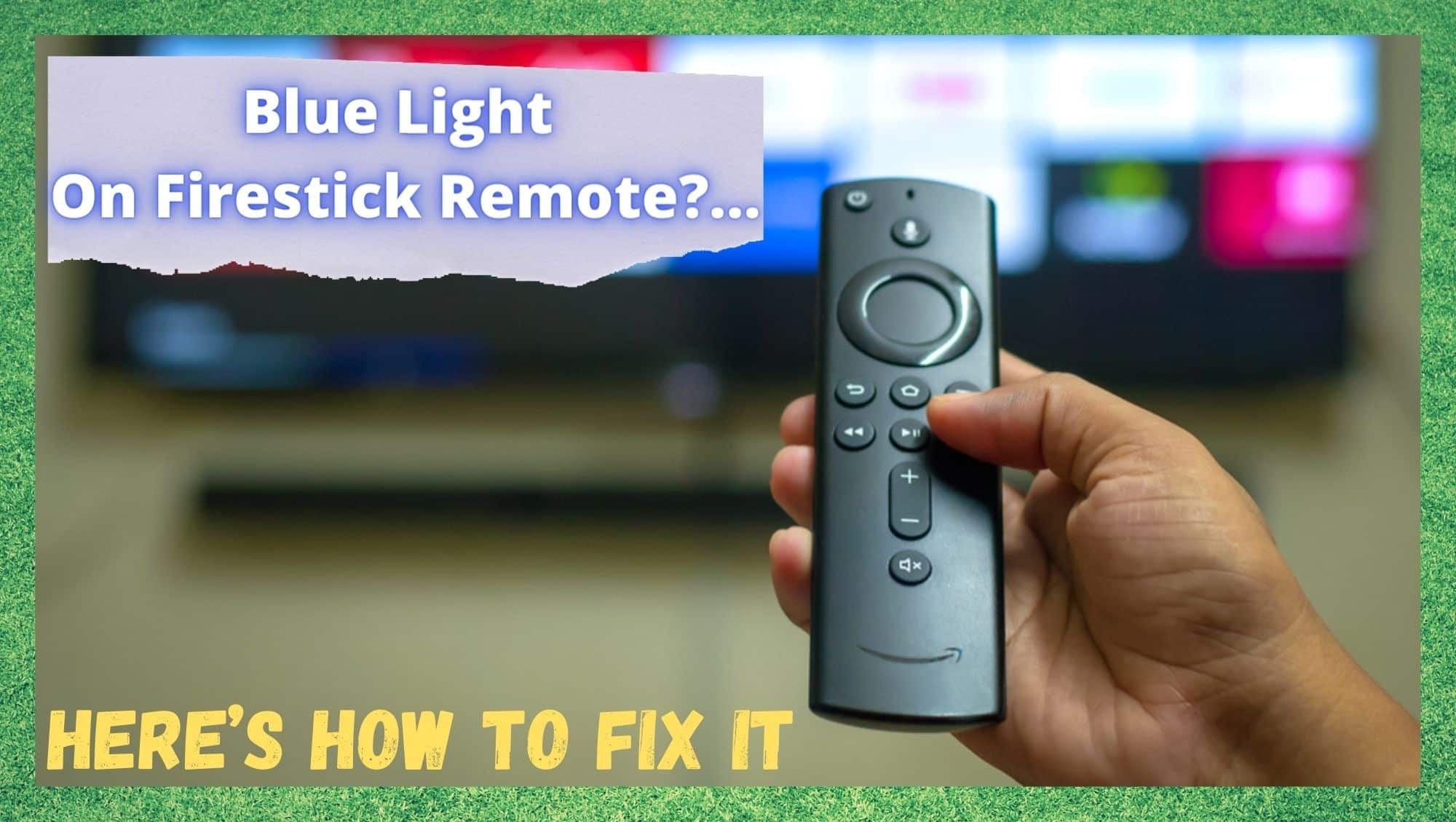 1 thought on “Blue Light On Firestick Remote: 3 Ways To Fix”