Belkin International is an American company that focuses on manufacturing consumer electronics. Belkin’s specialty is manufacturing devices used for connectivity such as routers, modems, and more. It was founded some years ago in 1983. It is also a retailer of accessories meant to be used with iPads and iPhones.

What are Belkin Routers?

Belkin routers offer good customization options. Users can optimize their Belkin router’s settings as much as they want in order to get better Wi-Fi. This allows users to enjoy all their entertainment without any internet-related problems.

However, the routers obviously aren’t of much use if they can’t offer high speeds. Although Belkin is quite famous for its good routers, they can sometimes provide terrible connections. These slow connections can cause many different problems.

For example, users won’t be able to stream content at good quality. Slow internet can also cause many problems with multiplayer video games. Some of these problems include lag and disconnections between matches. A slow internet connection can also be quite problematic if you work from home.

Bad internet connections can cause many issues, which is why you need to quickly fix the issue. There are multiple reasons why your Belkin router is providing slow internet. Take a look below to see some of these reasons and the different ways you can solve the problem.

If your internet plan is in fact good enough to provide download speeds of 15Mbps and more, you should skip to one of the fixes given below.

Resetting routers are a great way to fix slow internet speeds. While many believe that it is unlikely, resetting your router is surprisingly very effective. All you have to do is press the power button on your Belkin router a couple of times and your internet problems should go away.

You can’t expect your router to provide you with fast speeds if it’s too far from all your devices. Physical interferences such as walls, metals, aquariums, and more can prevent your WiFi signals from passing. This obviously means slower speeds on all your devices. If your router is far, consider moving your Belkin router to an area where most of your devices are used. This will make it easier for your device to spot Wi-Fi signals and will ensure faster internet speeds.

4) Get rid of Wireless Interferences

Some wireless devices can also act as interferences. These include baby monitors, Bluetooth devices, cordless telephones that use 2.4Ghz band, and more. Changing the SSID and channel on your Belkin router can solve this issue. Switching to the 5Ghz band is also a good means of fixing this issue. 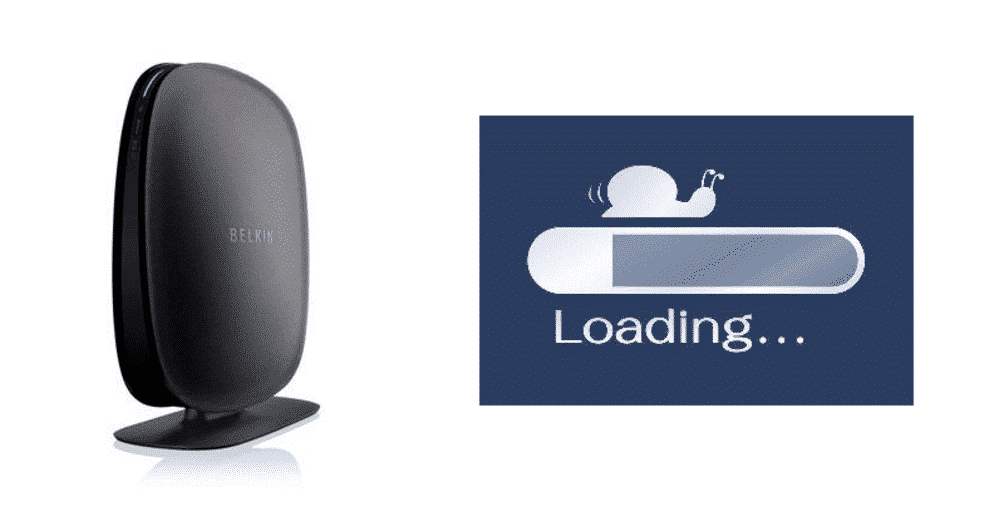