Have you been using the voice over internet protocol (VoIP) for quite a time but still are confused? This a common issue as most people are not sure which network connection is better, Wi-Fi, or Ethernet for VoIP. In this article, we will guide you about both of the network connections so that you can get rid of any confusion or second thoughts in your mind.

It is a well-known fact that we crave for a better working super-fast internet connection for VoIP. The network connection which comes with the blazing fast internet speeds to support the Voice over Internet Protocol (VoIP) is exactly what we need in the contact center. It is easy to understand what you need but the thing which complicates everything is which network is better assessed with the required factors.

For this, we need to understand which network connection is offering a seamless, reliable connection service that has the flexible performance. This can be done by monitoring both the network connections, Wi-Fi as well as Ethernet, and drawing out a fair chart of differences between them regarding some of their important features. This can be explained below:

VoIP is nothing complicated but a type of computer telephony integration software. The terms basically refer to providing the different communications services that include voice, fax, SMS voice-messaging (voicemail) over the public Internet connection. It is really sensitive to the call center because nothing less than the best audio quality works for it.

As we know that the Wi-Fi system competes with other Network traffic in a webspace which is overcrowded so it’s clear why we face various audio issues such as voice interruptions, choking voices, system noise issues, and delayed responses.

As for the wired system, it is anchored on a set of physical wired connections running from a particular beginning network point to the other ending terminal point. This end to end secure wired connection is responsible for providing a super-fast connection with relatively high internet speeds. Ultimately this becomes the reason to provide better audio quality on Ethernet.

VoIP services that are supported by your wireless networking systems demand a fast working uninterrupted internet connection. The internet should be capable of giving precedence to VoIP processes. Otherwise, the transmission of data will ve affected negatively due to delayed connections hampered with unintended call disconnections which we usually face.

The wired network connection is known for dedicating a specific internet bandwidth to your VoIP systems through its QoS. In this way, you are provided with a decent working network connection throughout the day without you facing any interference or disconnection issues  This simply means that your voice connections will go smoothly uninterrupted regardless of your call volumes and the signal or data transmissions will occur on a real-time basis.

Security and Costs are two of the major aspects of network connections at hand that need to be considered in terms of protection as well as effectiveness. Obviously, when you pay for something you want to work efficiently and securely.

if we talk about security, Wi-Fi networking systems are very vulnerable in that field whereas the Ethernet gives a robust level of data encryptions over its super secure network. Wi-Fi signals are often disrupted by other electromagnetic rays of different frequencies and it is very easy to hack the network traffic.

In the case of cost-effectiveness, it is undoubtedly cheaper to deploy wireless integrations as compared to the wired ones. Since the wired Ethernet connections are based on wiring and this leads to a number of issues that are associated with high price solutions, this makes wired connections a little bit heavy on the budget plan than the wireless Wi-Fi. It is only related to the purchasing of new devices and the installation costs that you’ll be charged with to get the connection working. 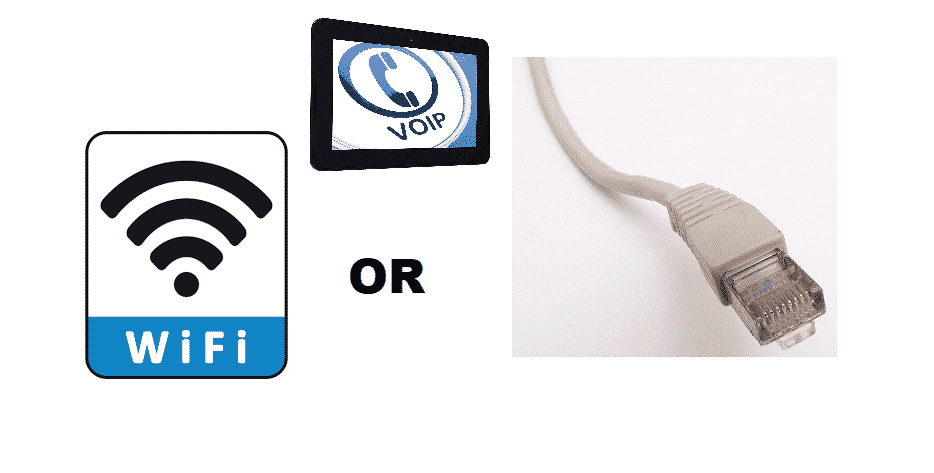