Long gone the days when you had to wait for days and months to get a reply to someone that you sent a letter to because this the modern world. In this new and modern world, one can simply pull out the phone and dial the number of the person that he/she wants to call. But there are many people who think only cellular network calling is the option but that’s untrue.

So, there are basically two infrastructures that offer calling services such as WiFi calling and VoIP. Many people have had confusion about this and that’s the prime we are comparing them both in this article. With this page, you will be able to devise an understanding of both the options. So, shall we start?

When we are talking about Wi-Fi calling, there are multiple names of it as some people know it as Voice over WiFi network while some of them call it VoWifi. With this system, the WiFi system acts as a mobile tower to offer a regular internet connection as well as the calling service. With the WiFi calling, the mobile device will be connected to the telecom network while implying the cellular tower.

There are high chances that you have been using the internet connection to make voice calls but the things work out pretty differently for everyone; be it the mobile operator or the user. It’s needless to say that WiFi networks are pretty standard and they provide internet connection through wireless systems with the implication of a router.

The router is designed with an antenna that captures the wireless internet signals and transfers them to the internet. As far as the WiFi calling is concerned, they use the radio interface for receiving and making the calls, while using the GSM network tower. With WiFi calling, the mobile network operators tend to provide and access higher coverage and mind it, there is nary need to install the GSM mobile tower.

There are times when you are in the low-signal area such as the distant places and basement, the mobile signals tend to vanish because the radio network is lost. However, if you have WiFi calling enabled, you will be able to access the communication services easily even with no cellular signals. The best thing is that the mobile operator network has internet buckles through which mobile operators can control the services.

Whenever different infrastructures are concerned, there are different entities incorporated in them and people tend to ask how they differ with other calling systems. So, there are multiple perks that will help you define the perks of WiFi calling, such as;

This VoIP call is named as the Voice over IP call and it has been designed with packet-switched internet telephony. It is usually designed to oppose the circuit-switched telephony which is usually designed and implied by the PSTN. The main reason that people are usually using this is that they can make long-distance and long-time calls without paying anything.

This is because all you need to do is pay for the internet access and there are no other expenses added to make the calls. There are specialized VoIP phones which are designed with IP technology in a physical telephone, along with RJ-45 Ethernet connection. This is a notable thing because standard phones are usually integrated with the RJ-11 phone connector.

In addition, there are voice-capable computers as well which can be integrated with third-party hardware such as Skype and MagicJack to make the VoIP calls. With all these options available, it’s needless to say that there is high flexibility available that also promises high functionality of the calls. The functionality and performance will be promised in all devices, irrespective of models, and tech.

It doesn’t matter if you are using the traditional phone to make VoIP calls, the voice will be transmitted from the phone to digitalization portal and then, it will be forwarded as the data packet. According to experts, the data packets are highly likely to be reconverted into the telephone line for completing the call in time.

There are high chances that the VoIP calls will start from a third-party app on the cellphone but in some cases, the calls have been initiated from the VoIP phones, computer programs and more. It is essential to acknowledge that if the computer program has initiated the VoIP call, the voice signals tend to be digitalized in an instant.

When it comes down to using the VoIP call, the users need to have a special adapter that is connected to the phone for making the call. The adapter can be connected to the computer as well through the internet, router, or both. However, if you are making VoIP calls directly, there are certain apps and software that need to be installed in the device but still, it’s a third-party component, right?

Before people start using new technology, they tend to look out for their topping points and if you have been looking for perks of VoIP, we have added them in the section below! 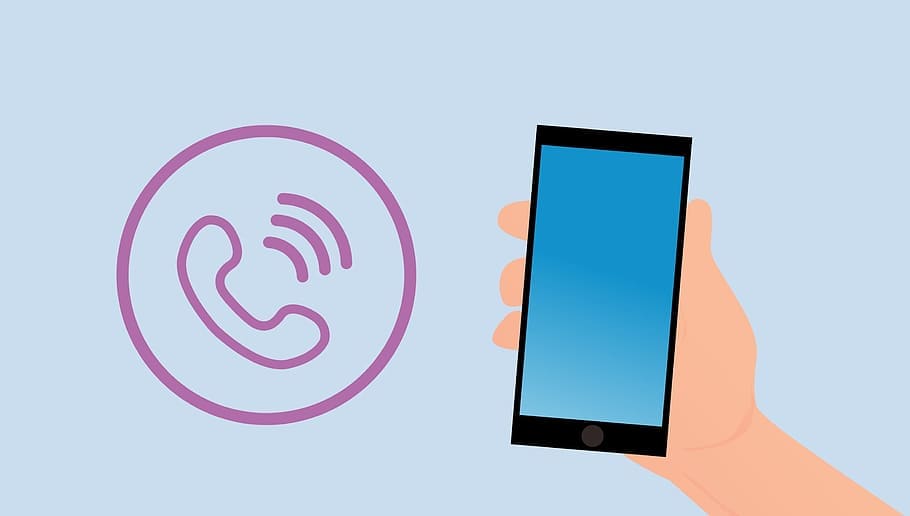