How Dangerous is 5G?

Is 5G dangerous to your health? Is God an astronaut? Who knows? Decades passed before epidemiologists linked smoking to heart and lung disease. We’ve used cell phones extensively for only about 25 years, perhaps not long enough to afflict significant portions of the population with cancer caused by cellphone radiation.

Of course, telecom manufacturers and wireless carriers insist that cellphone usage is safe. Critics lambaste the FCC for not revisiting cellphone safety standards established back in 1996. These were the halcyon days of 2G when devices used relatively low frequencies (700-2100 MHz).

But the rollout for 5G is much different, particularly for 5G’s planned use of the Extremely High Frequency (EHF) portion of the electromagnetic spectrum. Called “millimeter waves” or “mmWaves” (MMWs), EHF ranges from 30-300 GHz. By contrast, we measure FM radio waves by centimeters. Your home WiFi uses 2.4 GHz and/or 5 GHz bandwidths.

Why the worries? For widespread 5G technology to work, a massive number of radios inundate their immediate surroundings with an almost uncountable number of MMW transmissions. Imagine a meshed network of WiFi hotspots honeycombing an urban area—the range of a single 5G radio is akin to that of an indoor WiFi hotspot. Nobody knows what the radiation effects of nonstop MMW bombardment will be.

According to the Environmental Health Trust, “5G will require the buildout of literally hundreds of thousands of new wireless antennas in neighborhoods, cities and towns. A cellular small cell or another transmitter will be placed every two to ten homes, according to estimates.”

Consider: at 2017’s close, the U.S. had approximately 320,000 4G antennas. Accenture figures 5G will need 769,000 small-cell antennas. Given the puny range of 5G antennas, one could argue this number is grossly underestimated.

Microwaves are the tipping point between ionizing and non-ionizing radiation. They’re considered non-ionizing but capable of damaging body tissue since they can be “tuned” to “vibrate” water molecules. X-rays, of course, are ionizing and strict health laws regulate their use. Ultraviolet (UV) light too is ionizing; that’s why we wear sunscreen outdoors on bright summer days. It also fades colors on flooring and photographs over time.

On the electromagnetic frequency spectrum, MMWs fall between microwaves and Infrared Radiation (IR). See the image below:

The FDA, FCC and 5G MMWs

The U.S. Food and Drug Administration said in 2018, “The current safety limits for cellphone radiofrequency energy exposure remain acceptable for protecting the public health.” The FDA is mandated with safeguarding public health by regulating food and drugs and yes, electromagnetic radiation-emitting devices.

Yet, commandeering Joseph Goulden’s description of utility commissions from Monopoly, his classic muckraking scrutiny of the Bell System, federal agencies such as the FDA and the Federal Communications Commission (FCC) are “whorish bodies, on the main, bent upon satisfying corporations, not consumers.”

A harsh assessment? Consider that the FDA issued the statement after the International EMF Scientist Appeal filed a request in June 2017 opposing FCC Docket Numbers 17-79 and 15-80, which streamline approval of mass installation of 5G gear on existing utility poles in greater numbers than present 4G antennas.

FCC is urging an accelerated deployment schedule for the 5th generation wireless infrastructure, to be installed pervasively throughout the United States. This is being done without public health review of the growing body of scientific evidence that includes reports of increasing rates of cancer and neurological diseases that may be caused by exposure to EMF from wireless sources… Numerous recent scientific publications have shown that EMF affects living organisms at levels well below most international and national guidelines.

Raising more questions about MMWs is a U.S. Department of Defense (DoD) weapon known as the “Active Denial System.” This weapons system, deployed on tactical vehicles, uses 95 GHz MMWs as a “non-lethal” weapon at a range up to 1,000 meters. An intensified MMW weapon could lethally “zap” people.

See for yourself by watching this clip about the Active Denial System from the History Channel:

After dispensing with charged jargon comparing MMWs to “electrosmog,” we cite some of the studies on the alleged various health effects of 5G MMWs For example, a 2016 Armenian study observed the effect of MMWs on bacteria, finding that cells experienced “changing properties and activity.” Moreover, the study suggests that MMWs combined with antibiotics may lead to bacterial antibiotic resistance.

If our gentle readers recall previous IAG articles such as this, they know that rain and vegetation absorb 5G waves. Could plant absorption of 5G MMWs endanger the food we eat? Another Armenian study observed low-intensity MMWs “invoke(d) peroxidase isoenzyme spectrum changes of wheat shoots.” In other words, MMWs stress wheat shoots, which potentially lowers plant vitality and harvest yield.

Could 5G blind us? A 1994 Polish study observed that low-level MMW radiation caused lens opacity in rats, a condition linked to the creation of cataracts.

As one might expect, tech and science blogs present a more measured evaluation of 5G MMW. One voice frequently heard is that of Penn State bioengineering professor Kenneth Foster. He states, “The only established hazard of non-ionizing radiation is too much heating.”

Yet he concludes, “Everyone I know, including me, is recommending more research on 5G because there’s not a lot of toxicology studies with this technology. We need more systematic reviews of the existing research and more well-done studies focusing on health-related endpoints.”

In 2011, the WHO‘s International Agency for Research on Cancer rated RF radiation as “possibly carcinogenic to humans.” But then, it classified pickles and coffee the same. As Yale neurology professor and editor of Science-Based Medicine Dr. Steve Novella states, “Experienced researchers look at a study like that and say that doesn’t really tell us anything.”

Dr. Novella explains that the WHO declaration is problematic because it focuses on hazard, not risk. This distinction—much like the difference between “precision” and “accuracy”— disregards practical applications. He uses the example of a loaded firearm, which is a hazard. But locking the firearm in a safe neutralizes the risk.

So, as Dr. Foster states, the scientific community needs beaucoup rigorous studies establishing 5G MMW risk with “accurate” measurements yielding “precise” results to determine if 5G is dangerous to your health. We’re already aware of some of the hazards. Meanwhile, the 5G rollout continues. 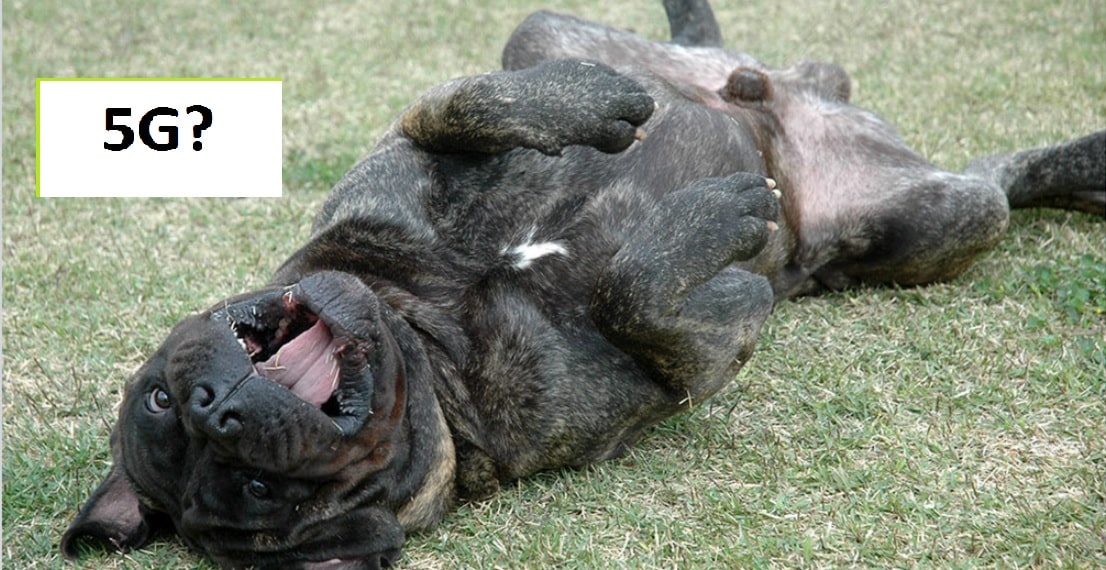