Starlink is a satellite internet service that aims to provide network access in areas where normal internet access is difficult, that is unattainable. Though a satellite connection appears complicated, the Starlink network has made it quite simple to manage your satellite network with its interactive devices.

The Starlink network is still undergoing performance enhancements because the current facility is not as consistent and fast as it should be, but we remain optimistic. Since the Starlink routers have piqued your interest, we will go over some Starlink routers reviews in this article to help you see why or why not it should be your choice for a satellite network.

Satellite networks and their performance concerns are complex. That is, if you want to create one, you should aim for maximum performance and nothing less. Although having internet access in remote areas is a blessing, an inconsistent and unreliable connection will not benefit users, especially if the network system is expensive. Inconsistencies, connection outages, and poor signal issues can occur more frequently than you think on the Starlink network because the system routers are still in beta mode. If you want to avoid earthbound networks but live in a big city, the Starlink satellite network is not a good option. As previously stated, satellite systems must be primed to achieve a consistent and reliable connection. The Starlink network, on the other hand, is prone to congestion, which means that when there are too many devices connected to the network, you may experience connection and speed issues.

Starlink routers do not provide incredible internet speeds, but they do provide a reasonable speed to users who live in remote or underserved areas. Most locations, however, have a good network strength with a latency of 20ms, giving little hope to what this system can offer. Starlink routers are available in many different shapes and sizes, including rectangular, circular, and mesh routers. However, their performance varies depending on the specifications and features.

You may be aware that Starlink is a fairly adaptable satellite system in terms of routing capabilities. However, not only the Starlink exclusive routers but also third-party routers can be paired with the satellite system to provide high-speed internet and a consistent connection. Because the Starlink routers only have basic routing capabilities, it is recommended that you pair them with a more powerful router to get the most out of the satellite network.

Starlink has been working to improve its services, but it is safe to say that they are still under construction for the lightning-fast, dependable internet connectivity that you desire. The interactive interfaces of the Starlink satellite system routers have caught the attention of many users. The Starlink app, routers, and dishes have made it possible to manage your network with a few clicks. Their installation is simple to set up in your space and does not require complicated measurements or configuration. Besides that, they support dual-band networking, which allows you to use either band depending on your networking requirements. Furthermore, they integrate WPA2 and WPA3 security for network protection, which is critical when setting up your network. Furthermore, a fantastic 2×2 and 3×3 MU-MIMO technology enables multiple connections to the same device. That is a very useful feature indeed.

User reviews are important when purchasing networking equipment because they are unbiased and genuine. Having said that, most forums have been buzzing about the Starlink satellite routers so we roamed over each and got to a conclusion. Users gave the Starlink system an overall average rating as a satellite system which indicates it is not one of the best out in the market. Its reputation has suffered greatly as a result of its unreliability and frequent connection outages. 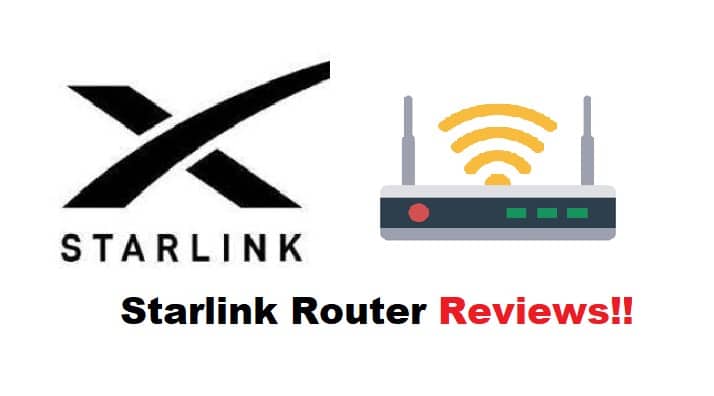