Comcast has become the top choice for everyone who needs on-demand entertainment. For this same reason, there are ever-increasing errors, such as Comcast something’s not quite right. On the other hand, there is nothing to worry about because we have the fixes to help you out!

How To Fix Comcast Something’s Not Quite Right?

In case something’s not quite right error bugging you, it might be due to the memory card. If that’s the case, it’s better that you remove the SD card from the box and wait for around five minutes. After five minutes, you can re-insert this memory card into the set-top box. Also, you should only use the SD card that comes with the box. This is because if you don’t use the compatible SD card, the error is likely to occur.

Along with the re-insertion of the memory card, you should try rebooting the TV box as well. For this reason, it’s best to remove the power cable from the box and the wall jack because it helps refresh the signals. Moreover, you can press the power button for switching off the TV box but only switch it back on after a few minutes. In addition to rebooting the TV box, you should reboot the main video gateway as well because that gateway is responsible for streamlining the video streaming.

When the “something’s not quite right” error incurs on your TV screen while using Comcast, it will come along with the on-screen prompts. If you cannot follow the conventional troubleshooting methods, you can try your luck by following the on-screen prompts. Once you follow all these steps, the error will probably be fixed. In addition, after following these prompts, you should reboot the TV box.

For the users who have recently rebooted their TV box with Comcast, it’s suggested that you wait for sometime before wanting a connection. This is because the DVR functionality will take around ten to fifteen minutes after the reboot. So, just wait for a few minutes, and the error will go away. However, if it doesn’t go away, follow the next troubleshooting steps! 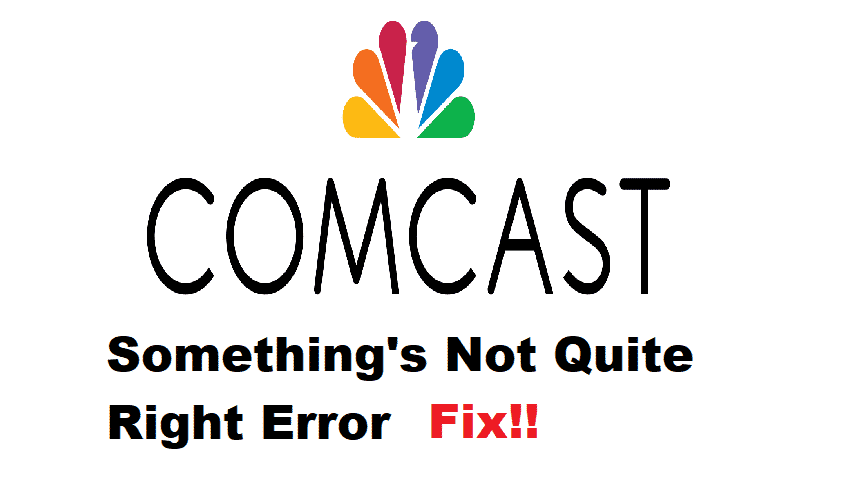