VPN is a virtual private network. It provides users with air-tight security of their internet identity and protects their live location. VPNs are important in this age of governed and surveilled state. VPNs help protect our identity but they are mostly used for one reason; Torrenting. Which, according to many laws in countless countries is illegal. VPNs reroute your internet traffic through their servers.

While VPNs are supposed to help protect our privacy there are certain VPNs that when users change your IP address to yet another country that has declared torrenting illegal. This may cause issues for the user. VPNs have full control over your private data. Some countries are better at protecting private data as opposed to other countries that benefit from them.

VPNs do provide top-notch anonymity but you still need to be careful about the selection of the country that you’re using to mask your online identity. If you’re aware of the best country for VPN anonymity then you might be able to safely surf the internet and torrent without any issues. As you can imagine, the answer to this question differs according to the planned activities that you’re about to perform using that certain VPN.

Now, the Swiss are very adamant about their privacy laws. They are not a part of the European Union even though they’re surrounded by European countries. Switzerland is referred to as one of the safest countries for our digital world. Simply put, they are not as compliant when they’re asked to hand sensitive private data over.

In addition, it is well known that they are known for their private bank accounts that are so strongly protected that many capitalists all over the world abuse that law and power provided by the Swiss. For VPN users, Swiss officials stated that unauthorized file sharing is not a problem and that downloading copyrighted content for personal use is allowed and most definitely not a crime.

This statement combined with the fact that Switzerland has one of the strongest economies ever makes it a perfect location for your VPN usage.

Iceland is, without a doubt, the second safest place for the digital domain. If you know anything about Iceland then you know that it’s safe. The country has expressed they’re unwilling to join or form an alliance with any international intelligence because they would like to protect every citizen’s private data and privacy.

Iceland does, however, have data retention laws that require telecommunication companies to save records for six months. But, this law is only used in criminal investigations and for the safety of the public. Therefore, making it okay for VPN users to use it.

The Constitutional Court of Romania declared those laws invalid in 2009, claiming they were violating Romanian citizens’ rights to privacy Later, the EU compiled another set of laws that were again rejected by Romania.

This makes Romania the only country to reject the laws presented by the EU in the highest supreme court. In light of these events, it is a perfectly safe server for VPN users as Romania has stated previously that copyright infringement is not their highest priority as it is a victimless crime.

Spain is another EU country that has its own laws for data protection. The laws are applied only if there is equipment available in the country and if the local businesses are involved. It is an important factor to mention that Spain is one of the countries with their own national data protection agency, which handles complaints on personal data privacy matters only. It means that when you connect to a server in Spain, your data involuntarily becomes protected by the country’s laws.

They have their own department to deal with personal data protection which further protects each citizen (and VPN user). In addition, the country seemingly doesn’t care about torrenting unless the prospect of profit is involved. Moreover, this gives us a free pass at pirating media as well.

Spain is sort of a gold mine for VPN users as you’re not only protected by the country itself, you can easily pirate without any consequences. This evidence suggests that if you connect to Spain through a server, you will not regret it.

The freedom related situation could be a tad bit better in Malaysia but they still do the best to protect their citizens against blood-hungry corporations who demand the private information and data of each individual located in this country.

Malaysia introduced an act that passed in 2010 and was revised multiple times called the Personal Data Protection Act (PDPA). The law consists of several points that protect personal data from being abused. A very interesting part of this is that for VPN users PDPA does not apply only to companies available in Malaysia — but also to those who have set up a certain type of equipment in the country to process personal data.

In simple words, when you connect to a server in Malaysia, your online identity and web surfing will be protected like this law. It is quite similar to Spain’s laws even though Malaysia is not a very ‘privacy-protecting’ country as their situation (well discussed in the media) is not that great.

As of VPN services, you might be wondering if the PDPA protects them. Yes, they do. Since there is no equipment set up there that is linked to the user, the law automatically protects the users.

The best country for VPN anonymity would probably be Switzerland, hands down. But, if you’re looking to pirate and do not want to get in trouble with the authorities, then Spain and Malaysia’s servers may be in your best interest. 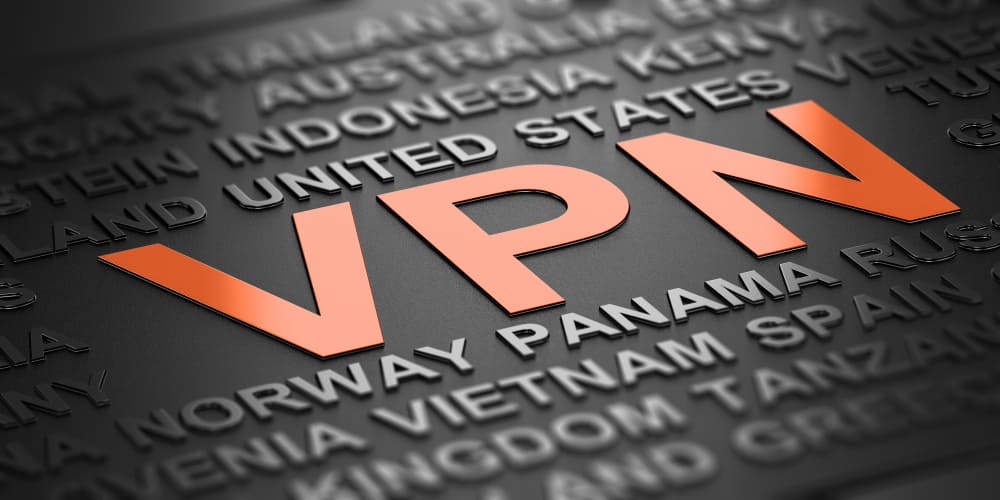