If you have been using Verizon for some time now and you suddenly ran into the error that says “as a result of network upgrades your device is no longer supported on Verizon,” you are not the only one. This is a very common error message that has been reported by many users over the past few months. It is primarily because of a network upgrade of Verizon that does not support the older phones anymore.

As a Result of Network Upgrades, Your Device Is No Longer Supported On Verizon

In 2019, Verizon confirmed that it planned to shut down its CDMA network, and therefore it would not be activating the 3-G only phones on the CDMA network. Verizon has transferred its traffic over to the more advanced 4G LTE network. According to a statement issued by Verizon, the company had been alerting its customers for years that it would be completely moving to the 4G LTE network and abandoning the 3G network by the end of 2019. To ensure a smooth transition to services and devices capable of 4G LTE, the company has decided to no longer allow the devices that do not support 4G LTE to be activated on the network.

This means that the users will no longer be able to activate the older phones that only have 3G capabilities on the Verizon network. The minimum requirement to be a Verizon user is to have a 4G LTE capable phone as the company has shifted to a 4G LTE network. This also means that the existing users of Verizon who have been using older devices that have 3G capability but no 4G LTE capability would be faced with the error message ” as a result of network upgrades your device is no longer supported on Verizon” any time after 2019.

While Verizon did not give the exact cutoff date for support to the older 3G only devices, it did give the tentative deadline of the end of the year 2019. So it is safe to say that to keep using the services of Verizon, the users should at least have the 4G LTE capable devices.

This is not only the case with Verizon. While some networks have taken the same initiative others have it in the pipeline. It is simply the advancement in technology that has made the transition inevitable. Even the 4G LTE network is not the latest one. However, it is still the most widely used network in the US. The 5G network is still in its early days and the infrastructure for the network is being installed by the telecommunication companies.

If you are affected by the Verizon update to the 4G LTE network, you do not necessarily have to buy an expensive new device. You can still operate a relatively older used device provided that it has the 4G LTE capability. You can be sure of having better signal quality, better reception, and better services over Verizon’s 4G LTE network as compared to the previously used 3G CDMA network. 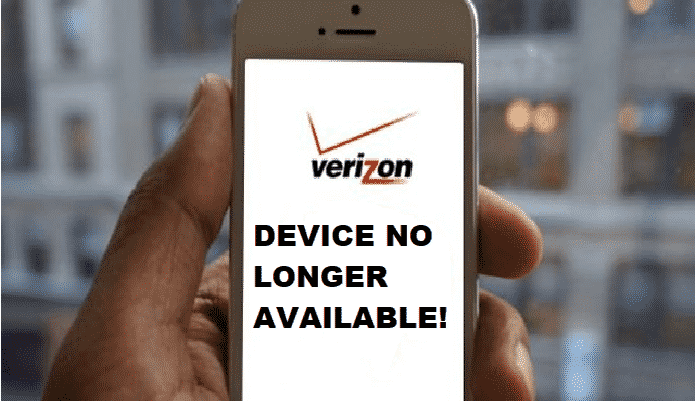