Apple is a very popular brand that is well known for its smart products such as iPhone, iPad, and mac. Apple TV is another TV service launched by Apple that lets users watch all of Apple’s original shows whenever they want.

The Apple TV app connects directly with your smart TV, allowing you to watch all of your favorite shows in no less than 4k. There are plenty of services from which you can avail. Some of them include the Apple TV+, Apple TV 4k, Apple TV HD, accessories for your Apple TV, etc.

Apple TV comes in with full support for 5GHz WiFi. That means users can watch their shows using incredibly high-speed internet. However, plenty of them has faced issues while trying to connect their TV to 5GHz WiFi. This has left them wondering whether Apple TV even supports 5GHz WiFi or not.

Before addressing the issue, we’d like to mention that Apple TV should work flawlessly with 5GHz WiFi. If you’re facing this issue, then it is simply because your TV is glitching out.

But What Should I Do?

In most cases, your Apple TV may not connect to 5GHz WiFi due to signal issues, or the device is placed in an awkward location. In these situations, Apple TV may connect to 2.4GHz WiFi, which may be the case for you as well. To fix this, you simply need to change the position of your Apple TV device. Try moving it closer to your router.

The issue with 5GHz WiFi is that although there are fewer chances of interference, the actual range of the WiFi becomes very short. Another drawback is that signals are easily blocked.

Another thing we recommend you to try is to change your channel sector from automatic to manual. Try picking a new channel. This has worked for plenty of users when they are unable to connect their TV to 5GHz WiFi.

As stupid as it may sound, users have reported their Apple TV to magically start working with 5GHz WiFi after simply moving it away from the TV. Once the Apple TV connects to the 5GHz WiFi, they put the device back to its place. We need to keep in mind blockage and interference plays an important role in WiFi signal strength, especially when it’s 5GHz.

In any case, we really hope that this article has fixed your issue. If it still isn’t working, then we suggest contacting Apple’s customer support. There may be a technical issue on your side. 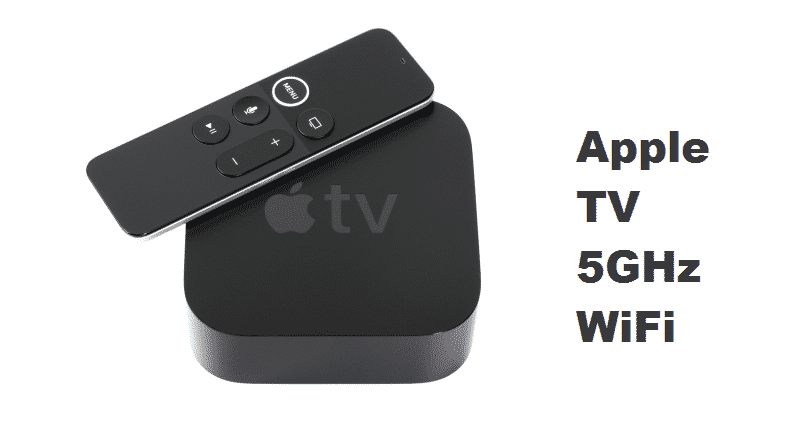