Improving a Wi-Fi signal often requires a series of troubleshooting steps. Using a wireless range extender is one of the strategies you can use to strengthen a wireless Internet connection.

Depending upon your situation, it may not be possible to setup a second wireless access point. Or, if you are renting a space or building, there may be a lot of hoops you must jump through in order to run additional wiring though the walls and ceilings. In the case of various scenarios like these, this is where a wireless range extender can be beneficial to improving a weak wireless signal.

Before you consider spending the money on a wireless range extender, make sure you go through the basic troubleshooting steps to test your Internet connection. The steps include:

What is a Wireless Range Extender?

When you install a wireless router to establish a wireless access point, the signal that is transmitted to your PC or Wi-Fi enabled device is only capable of reaching a specific distance. If you are outside of that distance or there are obstructions such as walls, floors, and wireless devices, this makes the signal weak.

As a result, you will likely experience intermittent Internet access or an overall weak connection that performs slowly. When you add a wireless range extender or wireless repeater to the system, this device extends the range to areas of the building or your home which originally had no wireless signal. It also helps to improve the signal between the router and your device as well. The wireless range extender accomplishes this by acting as an intermediary between the router and your Wi-Fi enabled device.

How a Wireless Range Extender Works

All wireless devices utilize radio frequencies for data transmission, including your wireless router. When devices are configured to run on a wireless network, the router sends the signal to the device that is connected to the network. The device could be a PC, laptop, tablet, printer, or a mobile device.

The signal that is being transmitted has distance limitations. If your device is situated too far away from the router or vice versa, it will not pick up the wireless signal and you will be unable to connect to the Internet.

A wireless range extender establishes a wireless connection to the router, detects the signal, and then transmits it to your device. The extender works the best if you can at least detect a weak signal from the wireless access point instead of no signal at all.

How Effective is a Wireless Range Extender?

Most wireless routers are capable of transmitting a signals within a range of one hundred to 150 feet with some wireless router signals that can reach over 300 feet. The signal is weakened by walls, floors, appliances, other wireless devices, and the presence of wires around the router in general.

This may be an issue if you are using programs and applications that rely on a high speed Internet connection to function properly. In this case, the devices which use these applications may be required to connect to the network via an Ethernet cable, as opposed to a wireless connection.

In most instances, a wireless range extender is a very effective way to improve a Wi-Fi signal, as long as you are using the right equipment and it is setup and configured properly. Like other types of products and equipment, there are high quality wireless range extenders and others that are useless when it comes to solving the problem.

How to Choose a Wireless Range Extender

Wireless range extenders are rated as 802.11 followed by a letter name next to the number which identifies the data transfer speed. For example, 802.11 that is followed by the letter “g” is typically slower than 802.11 with the letter “n.” The newest wireless standard is 802.11ac. Typically, routers that are enabled with 802.11ac are backwards compatible with other devices that run on the older standards of 802.11 b/g/n.

Many wireless range extenders are designed solely for extending the range of a Wi-Fi signal. For the most part, these devices are very useful. However, if you happen to move or purchase a new router, you may be stuck with a device that no longer serves your needs depending upon the device you chose to purchase.

Another option is to purchase a router that also has the capability to be configured as a wireless range extender. Most of the high quality routers on the market have this capability built-in. Other routers will accept third party firmware such as DD-WRT which is open source firmware that is compatible with a broad range of WLAN (Wireless Local Area Network) routers. This allows the router to act as a wireless range extender that helps to improve the quality of your wireless connection.

The following video explains how to install DD-WRT on a wireless router.

If you opt to purchase a wireless range extender, there are a variety of devices that range from around $25 to as high as $130. Some of the key brands include Netgear, Linksys, Hawking, Belkin, and others. Some of these devices are capable of extending the range of your wireless connection, in addition to acting as a standalone wireless access point.

How to Setup a Wireless Range Extender

If you are setting up a router that is capable of functioning as a wireless range extender, the process for setup and configuration works similar to this:

When you first turn on the router, it typically asks you whether or not you would like to use the device as a conventional router or as a range extender. All you have to do is choose the option for the range extender and the device will display all networks that are within range of the router.

Select one of the networks from the list and then enter your password. Once your password is entered correctly, the router will create an additional wireless network with a new name such as Your SSID or other. The network will use the same password as the router and then you simply connect your device to the SSID for the range extender.

For those of you who are visual learners, here is a video that demonstrates how to set up a Netgear wireless range extender.

A Few Things to Consider

When you setup a wireless range extender, there are a few things you must take into consideration to ensure the connection is successful.

A wireless range extender that is well placed is a great way to extend the wireless signal to more rooms throughout your home or in the building where you work. This eliminates the expenses associated with running additional cables into your home or through the walls of a building.

Although a wireless range extender expands the total range of a wireless signal, it can be slightly inconvenient since the extender retransmits the wireless network under a new name. Once you are out of range, it is necessary to reconnect to the network with the new name. 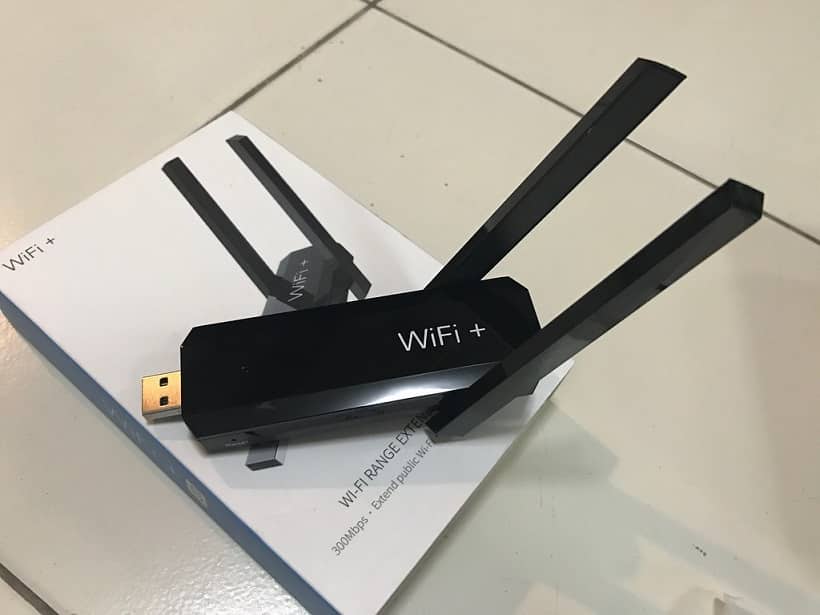