Internet and mobile technologies have revolutionized our society and influenced the way we think about television programming. Now there is a system that increases the availability of TV programming and home entertainment.


With the increased availability of broadband Internet, the conventional methods for delivering television programming such as satellite or cable are gradually being replaced with Internet connectivity. The newest system is known as IPTV and provides an alternative to accessing programming through your cable or satellite provider.

When you stream video, the video is delivered over the Internet using a succession of Internet Protocol data packets that are encoded to allow transmission. This means that you can easily receive the video streams with your set-top box when you subscribe to an IPTV service.

Although cable and satellite television providers are striving to offer IPTV, the service is typically delivered over a closed network system that is used by the service provider. In the US, Verizon was one of the first companies to offer IPTV services when it first introduced the service in Texas. A year later, AT&T began to offer U-Verse which offered television programming and Internet access bundled into one package.

For visual learners that want to see how IPTV services are delivered, here is a short video clip on IPTV technology.

IPTV is displayed on your television using a set-top box (STB) or a computer. The technology provides support for both television programming (AKA multicasting) and Video on Demand services such as Netflix, Hulu, and others. The content is compressed into codecs using MPEG2 or MPEG4 and then transmitted over the Internet.

In the case of television programming, the content can be delivered to multiple users simultaneously. This is why traditional TV programming is also known as multicasting. If you use a Video on Demand service, this is known as unicasting with the codecs being delivered to specific users.

In terms of protocol, IPTV delivers content using multiple Internet Protocols. The main type of protocol is Hypertext Transfer Protocol (HTTP) which is the same protocol that browsers use to communicate with other devices over the Internet. If you are accessing conventional television programming, IPTV will use IP Group Membership Protocol (IGMP) which allows your television to connect with multicast TV programming. For streaming video from services such as Netflix, the Real Time Streaming Protocol (RTSP) is used to deliver Video on Demand services.

To understand more on how to use IPTV here is an overview:

With conventional cable or satellite television services, programming is delivered via a cable that sends the signal directly to your receiver. IPTV works somewhat differently:

How Popular is IPTV?

According to a recent forecast by Digital TV Research, subscriptions to IPTV are expected to double to more than 190 million homes across the globe by the close of the year 2020. This will place IPTV in more than 12 percent of global households with revenues to exceed more than 25 billion by the year 2020.

By the end of 2014, Digital TV Research forecasts that IPTV services will increase to 112 million subscriptions from 90 million in 2013. China led the way in 2013 with more than 32 million IPTV customers and is predicted to have more than 77 million by the year 2020.

In the United States, Digital TV Research predicts more than 16 million IPTV subscribers by the end of 2014 which is an increase from 11 million during 2013. The research firm also stated that the US will generate the highest revenue from IPTV with an increase to more than 8 billion from 6 billion in 2013.

In Japan, Digital TV Research predicts that the country will be the fourth largest IPTV market increasing to more than 7 million subscribers from just over 4 million in 2013. Revenues are expected to increase more than 2 billion from just over 1 billion.

India is expected to have more than 7 million subscribers to IPTV by the year 2020. Subscriptions in France are expected to exceed more than 8 million with a revenue increase of more than 1.7 billion from 1.5 billion in 2013.

Overall, Digital TV Research forecasts that there will be just over 577 million global IPTV digital cable television subscriptions and 271 million IPTV subscriptions to digital satellite by the year 2020. The research firm predicts a total of 1.6 billion digital television equipped homes across the globe by 2020.

Advantages and Disadvantages of IPTV

The main advantage of using IPTV is the ability to watch what you want and when you want from virtually any location using any type of device. Although IPTV is a fairly new technology, you will find more advantages than disadvantages to using this type of service to access home entertainment.

Other Things You Should Know about IPTV

Like any other type of service you choose for home entertainment such as cable or satellite, there are a few things you should be aware of before you decide to implement an IPTV service.

High Quality Internet Bandwidth is a Must

If you want to get the best viewing experience without interruptions, the IPTV service must be capable of providing you with high quality Internet bandwidth. Bandwidth refers to the speed of data transfer and the amount of data that can be transmitted from one point to another within a specified time frame. In the case of IPTV, bandwidth is the amount of codecs that can be transmitted over a broadband line within one second.

In order for an IPTV service provider to offer high quality bandwidth, their network infrastructure must be capable of connecting to major Internet backbones. The IPTV service should be able to directly connect to hundreds of primary Internet backbones to provide alternatives when one connection is experiencing high traffic.

Secondly, the IPTV service provider should utilize true Intelligent routing. This type of routing is capable of automatically rerouting traffic over the network that provides the fastest path to the end destination. This can be a very expensive infrastructure since it requires a network to maintain large volumes of extra data capacity. Therefore, not all IPTV service providers deploy this type of technology.

With most ISPs, typically the more bandwidth you request, the lower the cost. This is similar to buying products in bulk. On the average, it is cheaper to do it this way, but not all IPTV providers follow this premise. 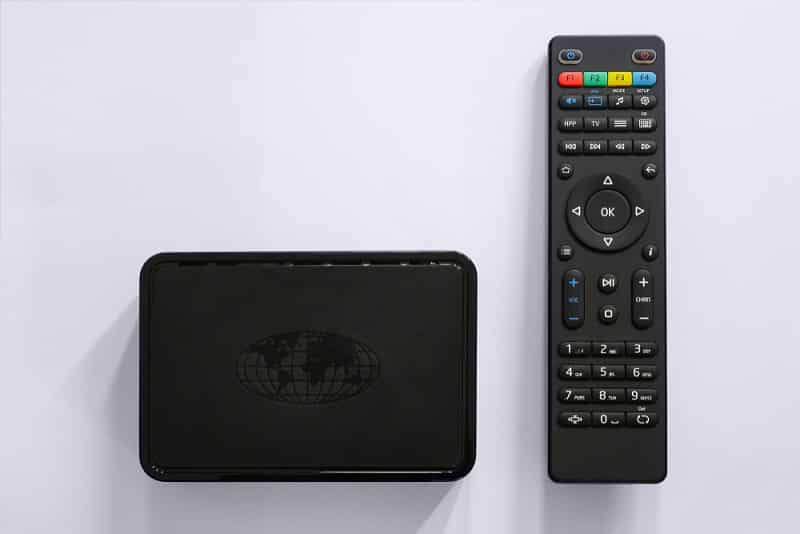