The all-time internet connectivity has become the need of the hour. This is because people are connected to each other through the internet (from different corners of the world). Even more, the businesses have expanded on a global scale, communicating the details through emails and video conferences. All this demands a robust internet connection.

This is the prime reason that people choose reliable services and routers, as it helps them get better signals. Consequently, people choose AmpliFi as they have coined their name in the field of internet services. But over a couple of years, people have been complaining about the slow internet speed with AmpliFi.

If the internet speed is lagging on wired as well as wireless devices, it might be the router issue. In this article, we have added multiple methods that will help optimize internet speed. So, have a look!

While creating the network infrastructure, you need to ensure that you are choosing the right wires. Using the ethernet cables will help enhance signal strength and portrayal. Also, you can use the ethernet cable to connect it with the laptop. This will create direct internet access once you plug the cable into the LAN port. Now, you need to run the speed test. If the internet speed is slow, the modem might be the culprit, and in that case, it is advised to dial down your ISP’s number. Also, this isn’t the issue with AmpliFi.

The slow internet speed might be the consequence of defective cable. In that case, you need to replace the cable attaching the WAN and modem (AmpliFi) and the cable connecting the router and laptop through the LAN port. Again, run the internet speed test. There can be two possibilities here, such as;

If you are getting better internet speed on some devices and lagging on others, there are high chances that the device is the real culprit. That’s because there are some devices that don’t support higher internet speeds. For instance, the smartphones might capture the gigabit speeds but the smart TVs aren’t capable of such support. So, make sure to read through your device’s manual and see if the chipset offers optimal support.

If you’ve connected the AmpliFi router to other routers, there will be multiple gatekeepers. This will imply that routers are working twice, leading to slow internet speed. In this case, you need to switch on the bridge mode on one router. The AmpliFi router has an in-built bridge mode but if you cannot find it, talk to your internet service provider. However, the all-router functionalities will be switched off.

The bottom line is that fast internet speed is essential and the AmpliFi router is a reliable source. So, just try out these troubleshooting methods and watch your internet speed spike up. 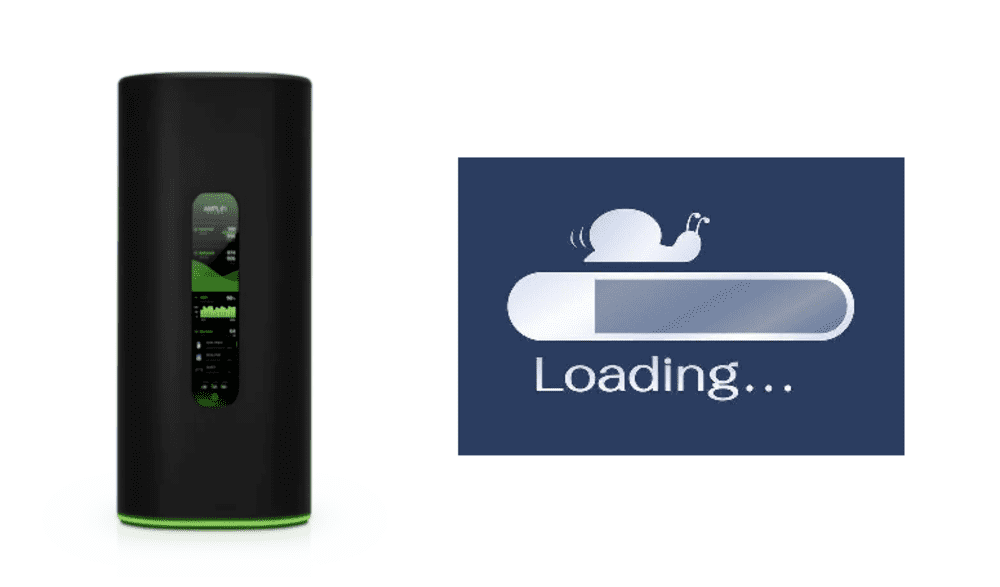