Also the name of a family of multiplatform optical carriers made by now-defunct Nortel Networks, SONET is an acronym taken from the words Synchronous Optical Networking. Per techopedia.com, it “is a standardized digital communication protocol used to transmit a large volume of data over relatively long distances using fiber optic cables. With SONET, multiple digital data streams are transferred at the same time over optical fiber using LEDs and laser beams.” SONET, accredited by the American National Standards Institute (ANSI) and used in North America, standardizes the use of optical signals synchronized for multiplexed digital transmission. Europe and the rest of the world follows a similar standard adopted by the International Telecommunication Standardization Specialization Sector (ITU-T) called Synchronous Digital Hierarchy (SDH).


The Elements of SONET

SONET is structured by a fundamental frame format – the Synchronous Transport Signal (STS -1) with a base level speed of 51.84 Mbps – and is transported by an Optical Carrier (OC-1) signal. Although the terms “STS” and “OC” are often used interchangeably, they are not the same. While both are expressions of data rates, STS can be transmitted over both optical and electrical cable. OC is defined by its use as an optical signal to carry STS frames.

A hierarchy of transport layers is associated with SONET. These include:

Line: Line signals are originated or terminated by Line Termination Equipment (LTE) – e.g., an Add/Drop Multiplexer (ADM) – across one or more sections. A LTE synchronizes and multiplexes data on SONET frames and can multiply lower-level SONET frames to create higher-level SONET signals; for example, 4 STS-12s would make one STS-48.

Path: Interfaces Path Terminating Equipment (PTE) with non-SONET external network elements for assimilation and disassembly of the synchronized payload envelope (SPE) into the SONET frame. For example, a PTE can assimilate 75 1.544 DS1 signals and insert path overhead to create a STS-3 signal.

See the following diagrams for examples of section, line and path layers in a SONET network:

SONET architecture provides for efficient bandwidth usage and network redundancy/protection. This means that in a fiber ring, e.g., bidirectional line-switched ring (BLSR), the network still has the capability to transmit data even if a network element or a fiber optic cable fails. In the case of a point-to-point path, e.g., unidirectional path-switched rings (UPSRs), only the affected section of the network is disrupted; the remaining sections of the line remain in service.

BLSRs, which switch at the line layer, may be either two-fiber or four-fiber. In case of a network failure, two-fiber rings reloop or reroute signals “the long way round” on redundant protection fibers. With four-fiber rings, failures on one line can be switched to protection fibers connecting line nodes rather than backhauling traffic in the other direction around the ring.

See this brief video tutorial on SONET and SDH from Professor Messer on YouTube:

Optical  Add Drop Multiplexer: Routes and multiplexes optical signals in and/or out of the SONET network.

Note that any hardware element connecting a non-SONET signal to a SONET network is considered path terminating equipment (PTE).

The Future of SONET

SONET has been known as “backbone” network technology since before the dawn of the millennium. Whether SONET or SDH standards are used, the technology is well-entrenched in global networking. Therefore, its applications are myriad for IT, telecom and Internet uses. And as the technology has developed, ever-increasing transmission speeds are now commonplace. Twenty years ago, people marveled at STS/OC 48 framing speeds. Today, networks accommodate speeds 16 times faster, e.g., STS/OC 768. But just as important, SONET’s flexibility for a variety of applications supports migration to a comprehensive Internet of Things (IoT) envisioned for the 21st century. 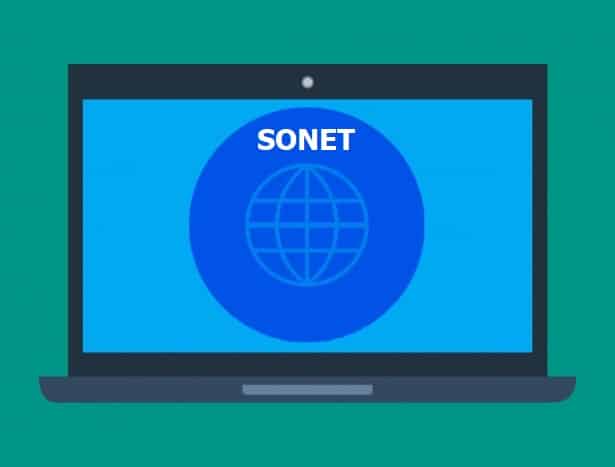