Can A VPN Stop DDoS?

In this technology-integrated world, everything is advancing at a steady rate. But there are multiple downsides as well, the cyber threat being the first issue. There are multiple protocols integrated with internet usage and communication, but cyber threats remain constant. In this article, we have added the information about DDoS and if it impacts the VPN connections. So, let’s start!

DDoS stands for distributed denial of service and has become the commonly used malicious attempt that tends to disturb the network traffic. The normal traffic network will be disrupted, whether it’s from the service, network, or server. The hackers tend to focus on the open systems interconnection layer, which empowers them to target different areas at one time.

The network tends to overflow, and the legitimate traffic is often refused for functionality. In simpler terms, DDoS is the traffic jam scenario where the hacker is blocking the main road, and the people who really have to be somewhere cannot access the road. The DDoS was named as DoS in the old times when the internet was much simpler.

However, with technological advancement, the denial of service attacks has ramped up as well. Even if there have been improvisations, the prime target remains the same as servers, networks, and services stop access for legitimate traffic. DoS attacks were simpler, but these DDoS attacks can be pretty hard. The hackers tend to create the network by infecting multiple devices.

These devices are turned around into the bots, and all of them are forwarded to a certain IP address. This integrated forwarding of bots can lead to a crash of services. However, these attacks can be hard to trace because your laptop or phone might be a part of bots, and you won’t even know it. These botted devices tend to follow the hackers’ commands.

The only symptoms of DDoS are the device overheating and lagging performance, which isn’t usually considered by the users. The target that is being saturated with traffic comes with the botted yet legitimate devices, which makes it hard to differentiate between malicious and legit traffic flow. The DDoS attacks tend to focus on different components of the network connection.

As we have already mentioned that DDoS attacks focus on different parts of the network, they can also work on the mixtures. However, all the attacking models are designed with OSI model layers, which is an integration of three layers. The layers are described below;

DDoS attacks were very difficult to trace and are complex as well. However, there are different streams of DDoS attacks which have been described in the section below;

These attacks are usually known as an SYN flood attack, which is complied as the TCP handshake. However, the handshake is between the server and host but is never completed. The server is hanged in the middles while ports are left open. This closes down the server’s ability to process the requests. This process is repeated by the hacker multiple times, which crashes down the system.

These are the most common type of attacks in the DDoS stream, which is designed to consume the target and internet’s bandwidth. This interference in bandwidth is implied through botting and targeting a specific device. There are high chances that hackers spoof the IP address and use the device to make open DNS server requests. With this notion, increased data or traffic is directed to the server as compared to what they can handle!

In this type of attack, the traffic is divided down into packets, which are reassembled and directed in various ways. The transport or directing method basically depends on the protocol to be used, such as UDP or TCP. In other words, false data packets are sent to the server, which congests the traffic, making it hard for the server to handle the flow, and crashing eventually.

In this attack, the server generates multiple HTTP requests and web pages and responds on its own. In simple terms, the hacker just keeps pressing the button to create more pages (yes, just like you keep hitting the refresh button!). The server will be congested with traffic, but by the time you understand, it will be too late to handle. The application layer attacks are cheap yet difficult to be detected.

These attacks and server congestions are the prime reasons that DDoS is considered illegal, and in the U.S., it is considered as a federal crime. There are imprisonment charges along with penalties for the person conduction DDoS attack. When it comes down to the UK, the country has ten-years imprisonment charges for the person caught with DDoS attack charges on them.

We have already mentioned that DDoS attacks can be hard to trace because hundreds and thousands of devices are botted at one time. So, the person who is actually behind the attack will make sure to hide, right?

However, various traffic analyzing tools are there through which people can gain an idea about cybersecurity. But again, when you get to know the attack, it will be too late and all you can do is ensure better cybersecurity standards for the network.

This malicious technique is commonly used to tarnish the reputation of the platform, or in some cases, the prime reason is blackmailing. But the individuals are at risk too as online gamers become the biggest victims of DDoS attacks. If you are playing through the game server, there is no way to stop the attack, but the attack can be prevented by using the VPN.

The VPNs will mask the original IP address, and if the hackers cannot access the real IP address, they have nothing to harm you. The virtual private network will hide the IP address, and with no long policy, your information will remain safe. Also, there are leak and malware protection features in VPN, topped with strong encryption, which is everything you need to ensure security. 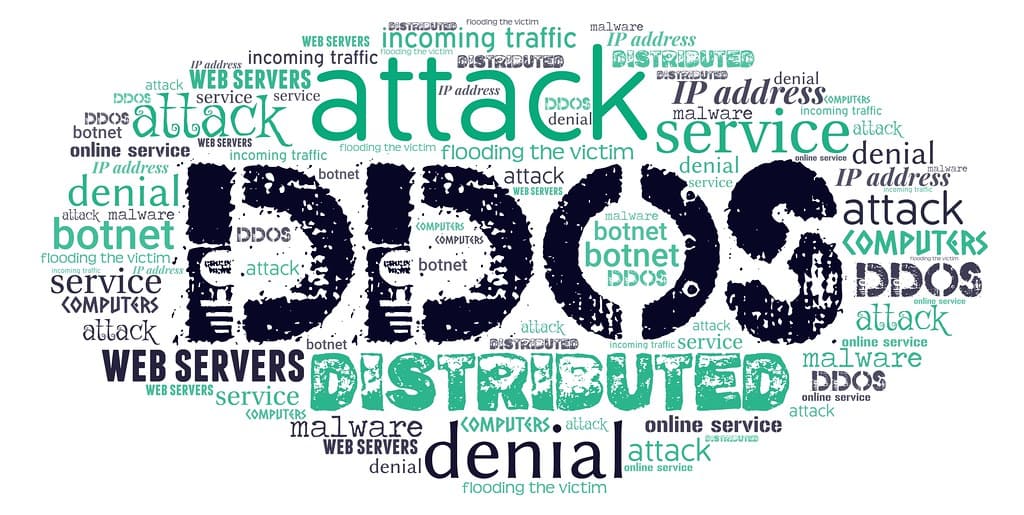