Belkin routers are one of the most-used routers around the world, accrediting to the performance and durability. The router is best at what it does, providing the internet signals without sacrificing the coverage. So, if there is a Belkin router orange light issue going on with you, we have all the information that you need to know!

Orange Light On Belkin Router – What Does It Mean?

In case you are using the Belkin router and it has an orange light, it means that the router is struggling to find out the right mode. There can be multiple reasons for this which not only include the modem powering and the cable issue. So, in the section below, we are sharing the easy hacks to get rid of this orange light!

First of all, you need to ensure that all the wired connections are working at their best. It is suggested to use the ethernet cable and make sure that it is securely fitted into the port. Also, you can try using the new ethernet cable because there are chances of internal damages to the wire.

If you are unable to get the internet back on track given the orange light issue, you need to power cycle the router and mode. The power cycling can be conducted by unplugging the modem and router by taking out their power cords and let them rest for around thirty seconds. Then, make sure that ethernet cables are properly connected (it must be plugged into the WAN port on the router).

Once you’ve corrected the connections, plug the modem into the power source, and switch it on. Let it work for around two minutes and plug in the router as well. This will take some time to establish the connection, but once it does, the blinking issue will be resolved.

First of all, you need to connect the laptop to the router or you can also use the ethernet cable. Once done, log into the Belkin router and open the internet WAN settings. Now, navigate to the MAC address and choose the clone button. Then, hit the save button. This action will reboot the router and once it switches on, power cycle the router again. When the power cycle completes, restart your device as well and the blinking issue will be gone.

In case nothing is helping you out and fixing the orange light, there are chances that the Belkin router’s firmware is dated. With this being said, you need to connect the router with the ethernet cable and update the firmware. This update must be completed through the ethernet connection because the wireless connection is not recommended. You can also switch on the automatic firmware update, so the issue won’t occur in the first place.

Okay, so if you’ve already updated the firmware on your Belkin router, there are chances that something is wrong at the backend that’s resulting in the orange light. So, dial up the internet service provider and ask them to look into the issue! 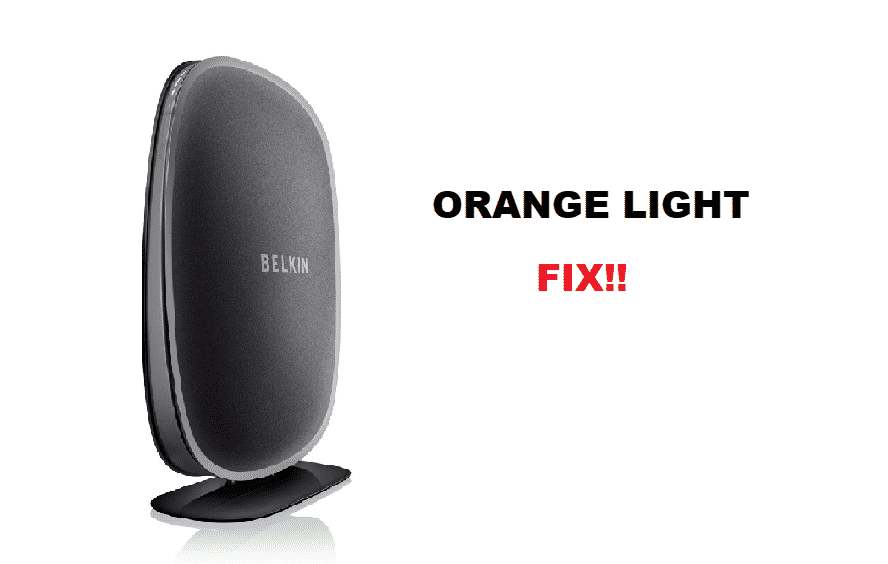