BPL offers the possibility to achieve high speed Internet service through an electrical outlet on the wall of your home.  This is different than Internet access through coaxial cable because it utilizes the standard electrical outlets that you use to power your lamps, PC, appliances, and much more.

Broadband over power lines works with your current power sources to deliver high speed broadband connectivity to a home.  There are also a number of businesses that are catching on to the concept and deploying the technology in commercial buildings.  BPL is a versatile connection because it can also be used as a source for establishing telephone and television services.

Broadband over power lines use a combination of three different technologies to establish connectivity which include radio waves, wireless networking, and a modem.  When these technologies are used together data can be transmitted over power lines at rates of up to 200 Mbps (megabits per second). There are basically two types of BPL which include in-house which connects a network of machines within a building and access BPL which transmits high speed Internet over power lines and provides power companies with the capability to observe their power systems electronically.

BPL is implemented by modifying existing power grids with specially designed equipment. This means that the creators of broadband over power lines partner with power companies and Internet Service Providers to provide high speed Internet access to any location that is equipped with electricity.

Once the connection is established a BPL modem is used to extract the data from the electrical current.  A BPL modem is approximately the size of a power adapter and plugs into an electrical wall outlet to complete the connection. The end result is being able to simply plug your PC into any electrical wall outlet in your home or business and gain immediate access to high speed broadband Internet.

The Advantages of Broadband Over Power Lines

By providing the capability to deliver high speed broadband Internet access to every electrical outlet in a building or home, the sky is the limit as far as the number of ways that you can use the connection.  Additionally, it provides a solution for rural areas that currently do not have access to broadband due to the expense that is required to set the infrastructure in place through conventional DSL methods.

That said here are some of the advantages the broadband over power lines can bring for the future of high speed Internet:

These are just a few ways that broadband over power lines will change technology in the future.  Hopefully the overview will give you an idea of all the possibilities that BPL will bring and the ways that it will improve daily life. 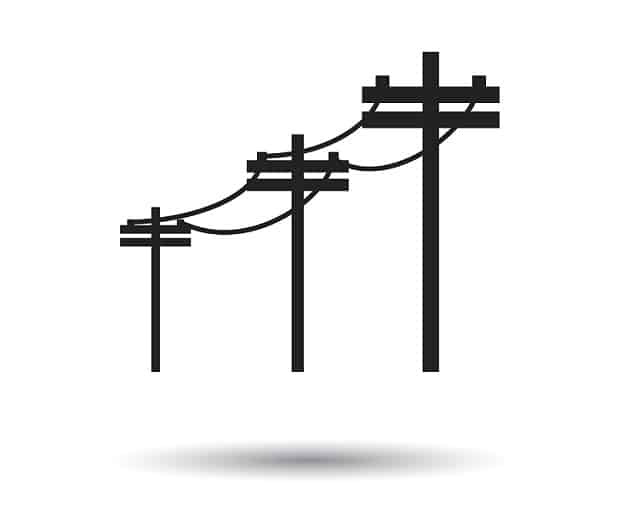